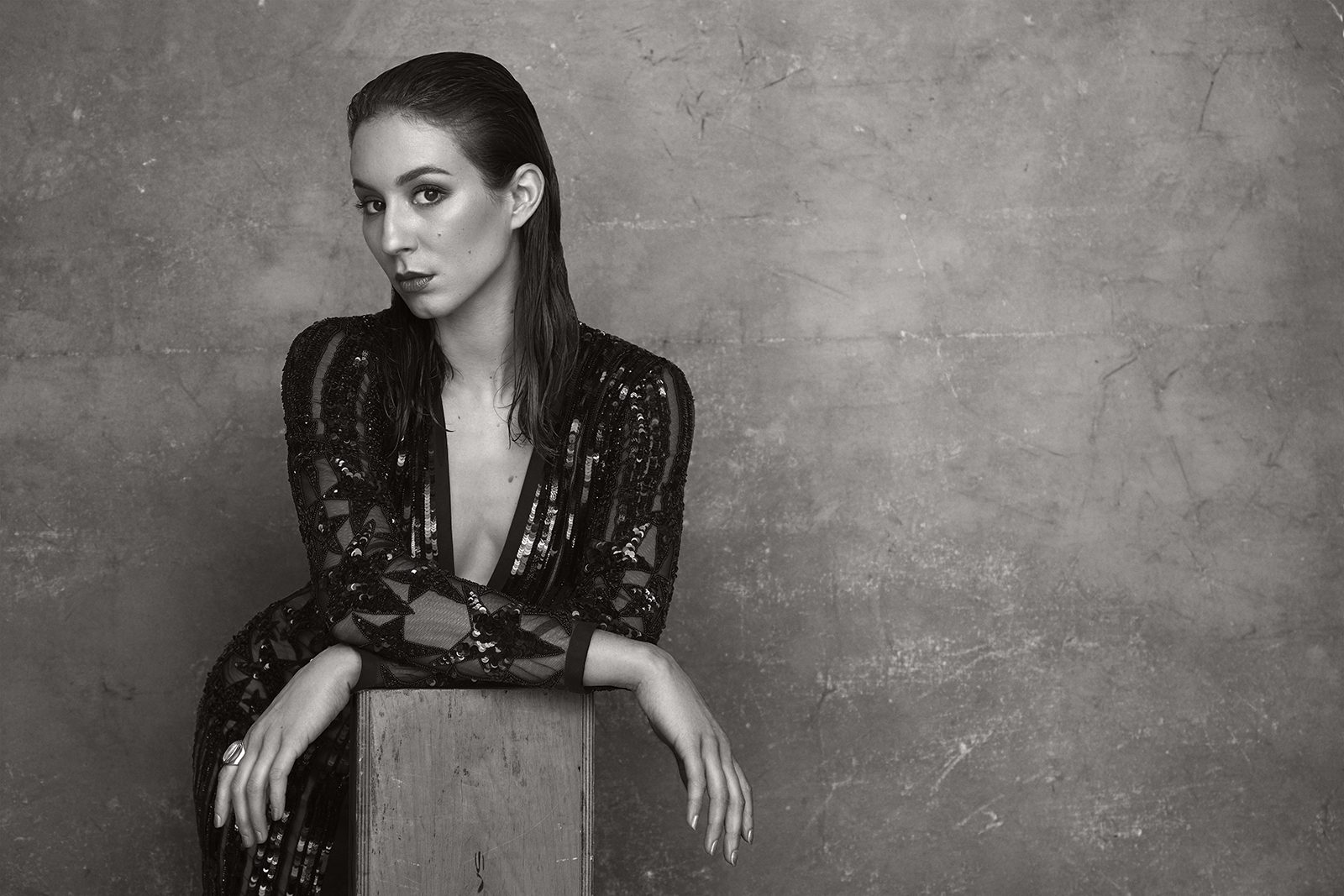 Here’s something most people wouldn’t know about Troian Bellisario: she’s a science nerd rocker in an actor’s body. As her successful ABC Family show wraps after seven seasons, the Pretty Little Liar’s star shares her thoughts with Imagista on growing up in an entertainment household, what it takes to succeed as an actor, and what she would be doing if she weren’t playing an extreme perfectionist on TV.

Imagista: Can you talk to us about the journey you have gone through with the show? What were your expectations coming into the show?

Troian Bellisario: I had zero expectations; I honestly had no idea what the show was going to turn into. Everyone told me that it was going to be something really special. It was interesting for me because I come from a television background. My father created a lot of shows and I had just started learning about pilots. As a young actor I always heard that if you are really lucky and talented you will get a pilot and then if the stars align in the universe, that pilot might get picked up. If that pilot get picked up for the season that is huge. Then if it a huge hit, which is really rare, it will have another season and if the sky has not fallen on you, it may have more seasons after that. Every year of filming kept getting more and more unbelievable. For me, having two parents that were in the television industry I kind of fully believed that there was no way I would ever play on their playground. I did not want to compete with my parents and their success, for me, I wanted to run away to New York City and do theater and maybe some film, and build up my own experience before I even tried at television. Then Pretty Little Liars was my first pilot audition, it came out of nowhere. I went on the audition because my agent told me that if I wanted to get work I had to go out to as many auditions as possible, just to practice auditioning. I ended up going and seven years later here we are.

Imagista: What was it like growing up in the environment you were in and how do you think if has affected you as an actor?

Troian Bellisario: I think truthfully, the greatest gift my parents gave to me as an actor was the introduction to being on a set. I grew up on a set so for me, being on set is a place that feels very much like home to me. I did not have to get to work on my first day and learn things like what a “mark” was and how to hit it, little things like that were kind of engrained in me. The interesting thing to me, was that my parents, particularly my father engrained it in me in a young age by telling me that if this is what I really wanted to do, which he didn’t understand how anyone in their right mind would want to be an actor. He would tell me that not only did it require talent, you also had to have the right look for the part, be the right age, the right height, everything. Pretty much your entire career can just come down to luck and come down to what room you walk in. I am a lot like my father, we are both control freaks so in his mind it was almost like he did not understand why I would want to put that much control into someone else’s hands. Because he was a show runner he felt comfortable having that amount of control, knowing what the show would move like, feel like and look like. As an actor you are completing someone else’s vision, which is a completely different thing.

Imagista: What advice would you give to a young actor who is willing to roll the dice?

Troian Bellisario: Study. You can’t get luck, you can’t figure out how to get more luck. What you can do is increase your comfort level on a stage or in front of a camera and you do that by either shooting films with your friends, editing your own films, writing and editing your own films, going to a class, going to a school like I did. I went to a conservatory style training to study theater. Submerge yourself into what I call laboratory style training. Because when you walk into an audition room, you are there to get a job. When you show up on a set you are there to fulfil the job and you want to do a good job. When you are attempting to get your lines right and do this, and that, it is not really an “it’s okay if I fail” setting, it is a high-risk scenario. For me, I needed to go to a place, which was my school, where I could fail. Fail on stage, in class, in front of teachers and crushes and friends. That was a really important part for my training and me. When I got in front of “scarier” people, people who could get me the job, I had that sense of confidence, like I knew how I was going to play that character. Regardless of what that person was looking for I always knew that I was true to myself as an artist.

Imagista: Do you see yourself following in your parents footsteps and being on the other side of the camera?

Troian Bellisario: I started writing because my parents taught me to never wait for a role to come to you and to create a role for yourself. I wrote my first feature film before I got the part on Pretty Little Liars. I had written several shorts that I produced and acted in. Now, that feature film is called Feed and it will be coming out this summer, on July 18th. Directing and writing to me are the next steps in my career only because I am too much of a  control freak to wait around for somebody to say “you, star in my movie.” I think I want to continue to create opportunities for myself and I think there are a lot of stories that I still have to tell and that I want to tell, that I am interested in.

Imagista: If you were not acting or in this industry, what would you be doing?

Troian Bellisario: A Rock Star. But if I could not be a sensational Rock Star I think I would be a forensic pathologist or a criminal psychologist or a botanist or ever a paleontologist. Like anything having to do with science or criminology, I am such a science nerd. Realistically I would love to be a botanist Rock Star.

Imagista: You started to play guitar, tell us a little bit about that?

Troian Bellisario: I always wanted to play the guitar. I got my first guitar when I was in 7th grade of something but I never learnt how to play more than just a few of my favorite songs. I noticed that every guy I had a crush on had this ability to just annoyingly play perfectly. I am taking guitar lessons and a couple of friends of mine wrote a really incredible script that I love and we really want to make it, but it involves me becoming a very good guitarist. I told them I would start taking lessons now, which was at the beginning of last year and that maybe by the time the movie is being made, I will actually be able to play the guitar well enough to play this role.

Imagista: When you are not working, besides playing guitar what do you like to do for fun?

Troian Bellisario: Dance. I love hiking and going for long walks with my dog and getting lost in my music. However, when I go to dance classes, there is nothing else in this world that makes me feel like that. I am looking for that role that gets me feeling the way dance makes me feel. It goes back to the Rock Star thing, that completes “leave it all out there” and self-expression that sometimes acting does not give you.

Imagista: You previously mentioned theater, is that something you would be open to doing?

Troian Bellisario: Yeah, I miss theater dearly. I did a play last year in San Diego and it was terrifying but at the same time it was so much fun because I missed trying to figure out how to use my body. You fall out of practice with these things and if you are not used to performing in front of hundreds of people, from the tip of your nose to the bottom of your feet you kind of become stuck and it becomes a bad habit. For me, to get another chance at Theater would be just like dance class, that feeling that I love so much.

Imagista: What is it like to be wrapping up a seven-season show?

Troian Bellisario: It is everything, a very bittersweet feeling. It is always tough to close a chapter of your life because you know you could never go back. It is the end of something, for me that lasted longer than High School and College so it is a pretty crazy feeling. Nine months of my year was spent shooting so the show became a huge part of my life. I think the best part about all of it is that now we can finally share the conclusion of this story and we are so excited for our fans to see how it wraps up.