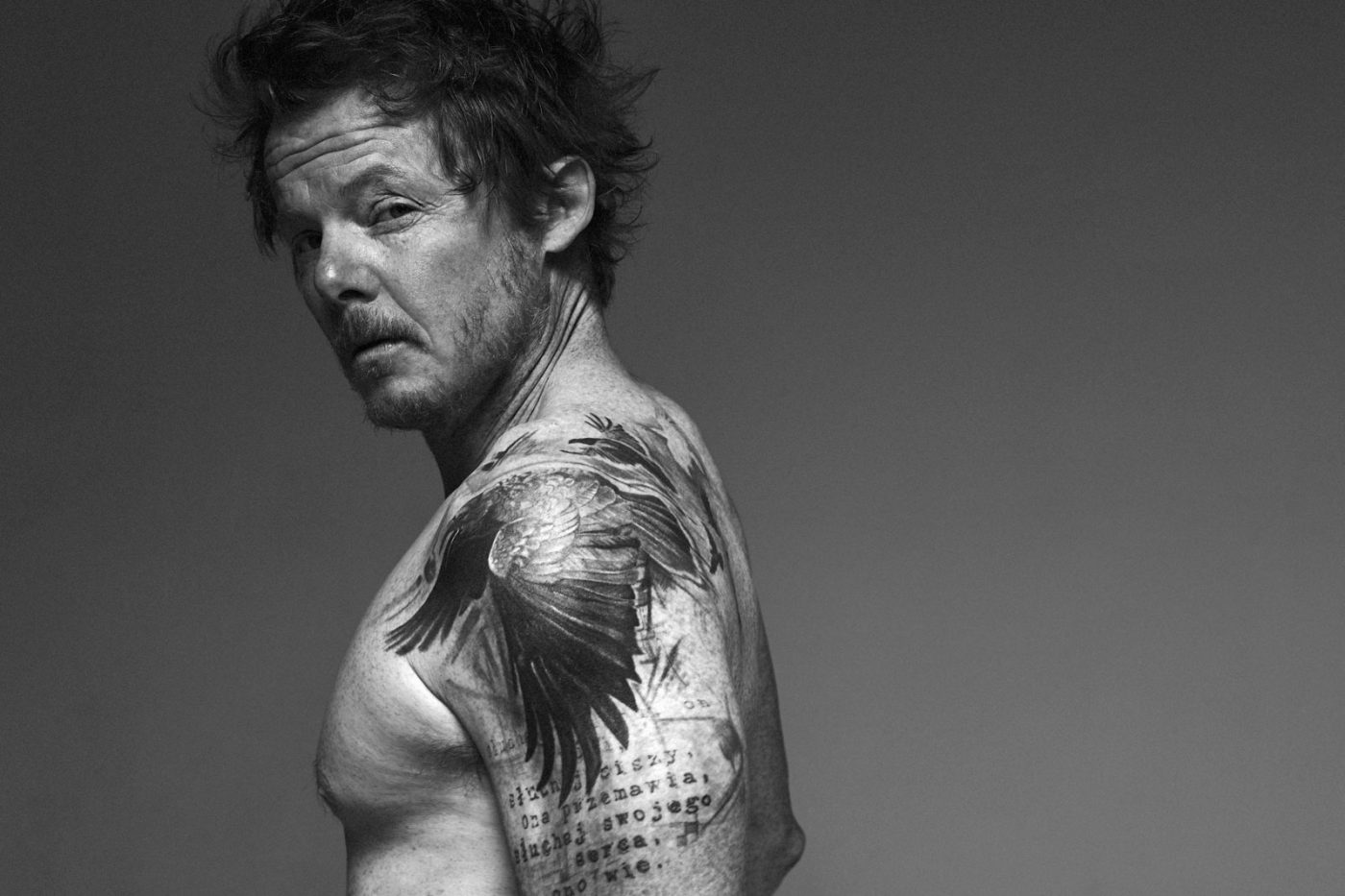 Teach Grant may begin to appear in your nightmares after you see the new film “IT Chapter 2” but in reality, this actor is not someone you should fear. Grant has had a very full career and his latest project is one many horror fans are looking forward to watching.

We at Imagista got to speak with the actor about what it was like playing Henry Bowers, his preparation for this role and how carpentry saved his life.

Imagista: IT Chapter 2 comes out this week, can you tell me a little bit about your experience playing Henry Bowers?
Teach Grant: I’ve never had the opportunity to take on a character that had been previously portrayed before and it was really interesting to build from a place that had already been established by another actor, in this case by the incomparable Nicholas Hamilton.

In a sense, he took a bunch of the guesswork out of it and gave me all of the historical information I needed to get going – as did the film (IT1) itself. It was oddly like going a bit backward, starting the process from a character that had already been flushed out, that had the finality of mannerisms and physicality, so it was imperative to adopt those “isms” into Henry 2.0.

From there we have the scripts for Chapter One and Two to work from and a long period of imaginary writing to build the 27 years in between, and it’s in that time frame that I found my version of Henry.

Imagista: What did you like most about playing this complex character?

Teach Grant: The most enjoyable thing about playing someone as complex and dynamic as him is that there really are no rules, he can kind of bounce up and down the emotional spectrum without notice.

That is something that really worked for both Andy Muschietti and me because as a director, he really likes to play around with it, which as an actor comes with a few curve balls and for me, that was a true source of pleasure because I never came into the day with plans or expectations. Things just happened and at the end of every day, I was surprised by where we took it and that is exactly what I want as an actor, to be surprised.

Imagista: What should fans expect to see in this film?

Teach: I think they can expect many things, getting scared shitless being obvious, but ultimately, like me, at the end of every shoot day will likely come away from IT2 surprised by the experience. I don’t want to take away from it too much, but I was impacted by it more emotionally than I had expected.

I knew from the script that we had a few lines that would tug at the heartstrings, but these elements, when dramatized, really struck a chord with me. I mean, we already love these “losers”, so we enter it a little bit primed. It has essentially grown up with its characters so to speak, both in depth and severity.

Imagista: Did anything creepy ever happen during shooting?

Teach: That is the question of the day. I think if you asked the actors that played “The Losers” they would likely be able to go on for days, but I think for Henry and me, are the creep.

Imagista: This was not your first role in a horror film, how do you prepare for these types of roles?

Teach: The most rewarding thing about playing characters in horror is that no one is ever a little bit anything, scared, angry, whatever it is, it’s always dialed up to 11. For me, as an actor who loves the extremes, the genre is a playground. Horror tests your imagination and it constantly challenges you to convince the audience to take the ride along with you, which can be difficult at times.

So, for me, it’s about finding the humanity in the character, especially since I typically get the bad guy. If I can sequester even just a brief moment of empathy from the audience, then I can be effective at impacting them beyond the surface. That is typically what I’m aiming for, so in prep, it’s about building a whole, lived-in character that is often more well-rounded than the writing demands. Though with someone like Henry, Stephen King’s writing is an ocean of depth, so it becomes about the time available and how far down you are able to take it.

Imagista: You have been in a lot of projects and have played a lot of different roles, does your method change for each character you play?

Teach Grant: Yeah, I mean, they are all different, as are the projects, with specific tones and genres. Sometimes things that worked to crack into a character in the past just don’t seem to fit so I have to keep swinging the hammer until I find it. Typically, with quality writing, my entry point is pretty clear and if given the time it’s something that I walk with every day until we’re done shooting.

There are rare times that I take out the pen and begin to build, but that is generally not my go-to. I like to get as far away from the script as soon as possible, to get it in my body and out of my head so to speak. With that said, it’s always running around in my mind, but that’s still organic to me, it’s when I’m constantly referring to text or notes that I begin to run into trouble because it can become mannered, conscious or at its worst, turn into plans.

This is also affected by time, especially where television is concerned. If it’s a guest star there isn’t a lot of time to build a character, so they become messed up versions of yourself, which is why features or recurring roles are more interesting because you get the opportunity to do something you haven’t done yet.

Imagista: What is the difference between working on film vs television to you?

Teach Grant: We are thankfully in the golden age of (some) television -HBO and Netflix type shows that have become like 10-hour features, which provides an incredible wealth of time for both the actors and writers to build something complex and because they are not on network they can push into more interesting territory.

These shows have comparable resources and so we are seeing notable names cross over so to speak because the quality is so good. We also get to see more real faces and realistic versions of humanity, whereas, on many network shows, it’s dramatized in a more human-like fashion.

These network stories and the ways we well tell them are restricted for mass appeal and for me, it’s been a bit of a problem. They might be looking for what they call an emotional killer, but I will go in for a read and deliver a version that is often too real, which is an on-going battle because I have to choose between pleasing myself or getting the job. In the end, I think it’s time and scope -in the feature and (HBO/AMC) type series worlds the is more time and less censorship than a network show, both of which are more appealing to me. That said, there are great network shows, but for my tastes as both viewer and contributor, features and long game cable shows seem to be where I fit best. -Maybe it’s my face.

Imagista: Are you working on anything right now that you are excited about?

Teach Grant: Nothing that I can disclose at this time but hopefully I will be able to soon.

Imagista: What keeps you sane in this crazy industry?

Teach Grant: I stay away from the biz of the biz as much as possible, meaning I keep my head down and just focus on loving the work in me and not me in the work. That sounded super pretentious, but it’s true, the rest of it is a recipe for disaster, it’s a craft, it’s a job, close the door on it whenever you can and get outside and enjoy yourself. For me, it’s about hiking in the mountains with my wife and dogs, skateboarding bowls, mountain biking or figuring out when and where I can surf next. Lastly, we’re on our own journey, it doesn’t pay to compare yourself to anyone.

Imagista: What can you tell our readers that they may not know about you?

Teach Grant: When I told my high school drama teacher I wanted to be an actor, he told me he thought that I should become a carpenter Because I had been building sets and skate parks as early as 15 years old. So, I eventually did and in the early days of the over romanced and impoverished actor-struggle, carpentry saved my life. Without that piece of advice, there is no way I’d still be acting today.