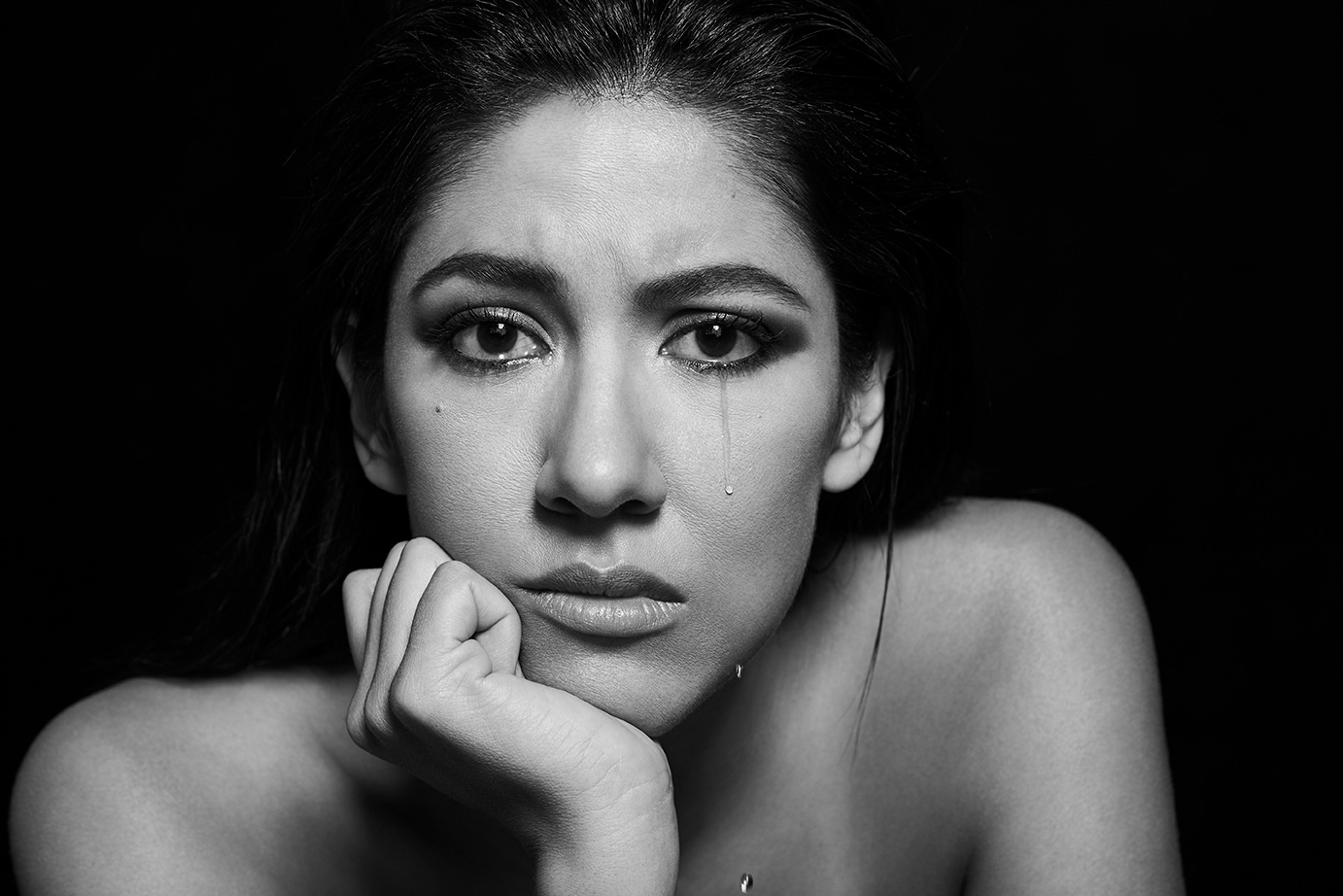 Located in Silver Lake California, Stephanie Beatriz has called many places home. Beatriz, who grew up in Texas attended school in Missouri, then moved to New York where she perfected her craft on stage doing theater. This led her to Oregon where she became part of The Oregon Shakespeare Festival in Ashland. After spending three seasons there she decided to move to Los Angeles.

Beatriz is incredibly talented, dangerously intelligent and she is exactly the kind of women young girls need to have as role models. We at Imagista got the chance to catch up with her and chatted about playing Rosa on Brooklyn Nine-Nine, her latest project (written and directed by Heather Graham), and the big news in her personal life.

Imagista: Can you tell me a little bit about the Oregon Shakespeare festival? What was living in Oregon like
Stephanie: I really loved it. I had a very special and particular experience there. The festival is beautiful and in an amazing town and goes on almost all year round. You are just surrounded by people who like Shakespeare and other plays. They have a commission for new American plays and they are really into supporting directors who are under represented. Traditionally, most plays were written by white men, and some white ladies so this initiative to help playwrights grow who normally wouldn’t be the first ones being produced and it is really cool.

Imagista: It is so interesting hearing you talk about Shakespeare because it is so different from your character on Brooklyn Nine- Nine where you play sarcastic detective Rosa Diaz on the hit show Brooklyn Nine-Nine. Can you tell us what it’s been like being able to develop her as a character throughout the show?
Stephanie: I think the writers have done an excellent job over the seasons that we have been lucky enough to be doing this show. They have done an incredible job in slowly developing Rosa’s character. You get to see more and more of her as the seasons go on, although she does tend to hold the audience as well s her friends at arms length.

It is fun to play characters that are secretive and closed off. It is also really joyful for me as an actor because she is so different then me, it really is a transformation when I put on that costume and get into hair and makeup. I am not her at all but I become her on set.

Imagista: Rosa Diaz is not your “typical” girl, do you feel like her tough demeanor is empowering to women.
Stephanie: I would flatter myself to say that. I would say that the amount of complex female characters that are on television right now is miraculous. We are slowly catching up to the male identified characters, meaning that there are so many wonderful, funny, weird, quirky, dangerous and sexy male characters in television history and it has not always been that way for women. It has been sort of “cut outs” or “designs” as if it is one way or it does not get written. There are of course exceptions to the rules and those things push the form forward and I think now in television we are seeing lots of complexity in female characters, which I think people are responding to.

I think our show is a good example of allowing the female characters to just breath and settle into whoever they are going to be. Sitcoms come from a Commedia Dell’arte world in which the characters are troupes. You got all these classic troupes and we fit into that really well but what I think our show has also done well is allowed the characters to breath inside those troupes. That breath and that complexity that the writers allow our characters to have is amazing. The writers do not always go for the “easy” joke, they often don’t. We are not one of those shows that is constantly making fun of people unless it is making fun of each other in a friendly loving way. Gina might be the exception of that but even her character is full of love!

Our show does a good job at combining character and comedy and I think that is really a gift for a woman, especially to have a character that is not like anything else I have ever played.

Imagista: You mentioned your cast members and it is undeniable that you have great on screen chemistry with each other, what has it been like working with such a talented cast and crew?
Stephanie: We really like each other. It is work, we do long days and put out brain in workspaces for many hours of the week but the reality is that we like each other. Which makes the job, for me, a lot easier. I am excited to go to work and be surrounded by such a great cast. All of the actors in this assemble are truly a joy to be around and work with.

Imagista: It looks like a great set to be on!
Stephanie: We definitely make each other laugh.

Imagista: Your new film Half Magic, which was written and directed by Heather Graham is out, can you tell be a little bit about that experience?
Stephanie: We shot the film about a year or two years ago. It was very inspirational to be around Heather and watch her direct on this set. Everyone knows her work but to be on set with her and have her be exactly what you want her to be and more, meaning, funny, charming but also really driven and smart. She really knew what she wanted all the way through; there was never a feeling of doubt in every move she made.

Imagista: In the film you play Candy, can you tell us a little about your character?
Stephanie: She is really different from Rosa. Candy is really, really good-hearted. She has a big heart but she doesn’t always realize that everyone around her does not have her best interest at heart. She is sort of what I would call a “nouveau witch”, she is really into casting spells and getting in touch with her own feminine power and own feminine energy, that is like the core of who Candy is. She is all about learning about her personal and magical female power. At the same time she is like many women and men but more particularly women I feel like, she does not know her own worth. She is in a relationship with a guy who is not the greatest and she cannot see it. She is stuck in this place and the film is about how these three women come together and the main love story in this film is about the friendship between these three women supporting each other.

It is kind of like a buddy movie except the buddies are women!

Imagista: Do you feel like there is connection to women in today’s society with this film?
Stephanie: Here’s the thing, there have been so many movies made by men, especially buddy movies, some are amazing and some are kind of crap but they have gotten the chance to do it. When you look at women who have gotten the chance to do that, the numbers are small and I am super excited I was able to be part of this with Heather.

So many parts of the film are talking about right now, meaning, we are living in a world that still does not appreciate women. We don’t get hired as much, we aren’t paid as much, we are looked down at for trying to balance the roles of motherhood and career and everything is like eight times harder, it feels like.

The world is not set up for women, I mean we don’t even get tampons for free, it is insane and that insanity is normal to us. That is slowly starting to change and everyone is starting to wake up to this idea and I think this “waking up” is what Heather was trying to capture in this film. These characters are waking up to their own responsibility in their lives.

My role could have easily been played by a white woman and Heather decided it was really important to her to have someone in the cast be a woman of color and that was me. I don’t know what her casting process was exactly, I am sure she had numerous different but I will say that the role I played is not a part I am usually asked to read for. There was no inclination in the script that it should have been a Latina and I just went in and read for it and Heather liked what I did so she hired me. That is really big to me, I don’t remember going to see fun romantic comedies in the theater and seeing a Latina in the lead unless that was part of the story. It is totally fine if it is part of the story I think that should be celebrated also. I am curious and excited to see where we are moving with film and television. I am so grateful for her for allowing me to be part of this movie with her.

Imagista: Do you have any advice for young women looking to break into this industry with everything going on right now?
Stephanie: That’s a good question. I think my main advice is going to be divided in two parts. Part A: keep trying to get better at what you are doing. I think everyone does that in a different way. One of my friends is in stand-up and she is great. She needs to go to open mic nights a couple times a week because that exercises that muscle for her and she knows it is making her better. Sometimes she sucks, in her opinion, and other times she kills it and that is what makes her feel the most confident at laying down her set. For me right now what trying to get better means is that I am trying to figure out how to move into starting to direct. I don’t know what that means exactly, I don’t have any plans at this time but I have found someone who is willing to walk me through the baby steps of directing. I didn’t go to film school, I went to school for acting so I don’t really know a lot about it other then what I have gathered on sets myself.

Part B of my advice is a lot of people are looking for women’s voices right now and it behoves you to try to create your own work, meaning if you are passionate about theater maybe you know more about playwriting then you think, maybe you could write a play. Maybe it is shooting a short film; maybe it is taking a class on your own. It is something that is in your power, which I am still learning.

Imagista: Is there anything else you would like our Imagista audience to know about you?
Stephanie: This year I am going to get married so I am really excited about that. It is way more stressful then I thought but I am so excited for the next chapter in my life. I just want everyone to feel like they are at a kickass party!