Sabine Mirlesse grew up between Los Angeles, California and New Haven, Connecticut in the United States. She holds a BA in Religious Studies and English Literature from McGill University in Montreal, Quebec, and additionally studied for one year at the Universiteit van Amsterdam in the Netherlands. In 2010 she graduated with a MFA in Photography from Parsons the New School for Design in New York City. Mirlesse’s work has been the subject of features in The British Journal of Photography, Burn, Dossier, and Le Monde’s M magazine. Additionally, she has contributed to The Paris Review, BOMB, Art in America and Aperture and various other blogs and contemporary art journals. She has been nominated for World Press Photo’s annual Joop Swart Masterclass in 2009, 2011 & 2012. She lives in Paris. 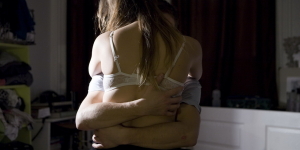