Ollie Henderson was discovered at the age fifteen while shopping at a mall in Melbourne, Australia. By age sixteen she was on her way to Milan to model and has been traveling for modeling assignments ever since. Ollie has subsequently worked for many of the world’s most prestigeous fashion magazines as well as the hippest independent mags and websites including Imagista. She recently relocated from London to New York. This edgy yet sophisticated tomboy beauty not only models but involves herself with various art organizations in New York. When not playing the muse to NYC’s coolest photographers work or creating her own art work, Ollie is busy playing bass in her post punk/riot girl band, Tank Twin. Expect to see a lot more of this intriguing young woman in upcoming fashion editorials, the art scene or at the next Tank Twin show. 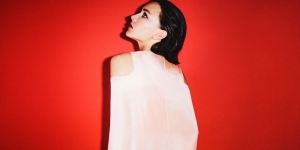