Speaking in Tongues, his large scale Emmy Award-winning collaboration with American choreographer Paul Taylor has been mounted in new productions at the Paris Opera House, the La Scala Opera House in Milan, Italy, and the Kennedy Center in Washington, D.C.. It was called “a masterpiece for our time” by the New York Times, has been released by Warner Brothers, and in 2013 a new production will premiere at the Opera House at Lincoln Center in New York.

He is the artistic associate and curator of the Winnipeg Symphony Orchestra New Music Festival. His work with Guy Maddin has been performed by Icelandic musicians with Sigur Ros, Mum, Bedroom Community, and actor Udo Kier at the National Arts Centre of Canada and Lincoln Center in New York. He is currently working on a new evening-length project based on the true story of Winnipeg resident David Reimer, who has been called “the most famous patient in medical history.” 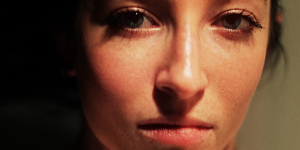