Having grown up in Europe and America, Mariko Nagai studied English with concentration in poetry at New York University where she was the Erich Maria Remarque Fellow. She has received the Pushcart Prizes both in poetry and fiction (nominated five times in total) and has received fellowships from the Rockefeller Foundation Bellagio Center, UNESCO-Aschberg Bursaries for the Arts, Akademie Schloss Solitude, Yaddo, to name a few. She is the author of Histories of Bodies: Poems (Red Hen Press, 2007), Georgic: Stories in 2009 (BkMk Press/University of Missouri Kansas City, 2010), Instructions for the Living (Word Palace Press, 2012) and two novels forthcoming in 2014 and 2015.

She has studied photography with some of the foremost photographers in Japan such as Eikoh Hosoe and Issei Suda. 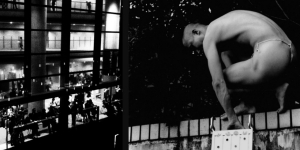