Jordy’s love of makeup led him from his hometown in Vancouver to New York City back in 2003. His big break into the world of beauty came when he landed an assistant position as a hairstylist to Kevin Mancuso. With no hair experience Jordy relied on his personality and quick thinking and remained with Kevin for 8 months. Years later Kevin discovered Jordy had become a makeup artist and asked Jordy to collaborate with him on the Nexxus Salon hair care campaign.

For Jordy Poon, make-up artistry is a balance between personality, individuality, and creative flair. This philosophy allows him to develop wearable looks that cater the specific needs of his clients, both high profile celebrities as well as the real women he works with at the Rita Hazan Salon. Inspired by fashion, Jordy’s love for beautiful things is evident in the expressive looks he creates.  He lives in a world of color and has a talent for mixing together vibrant shades and textures. 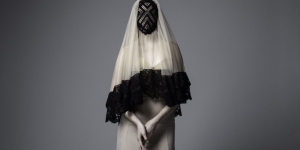 TRANSCENDENTAL: ALIREZA IS BACK