Emmy-nominated composer Gregory Ives is based in Portland and also spends a great deal of time in Los Angeles where he previously lived.

While living in Los Angeles Gregory was a composer/arranger as well as a session trumpet player. He has performed and worked with an incredible array of legendary musicians including Henry Mancini, Miles Davis, Dizzy Gillespie, and Michel Legrand.

Gregory, who is passionate about the indie film scene, has composed for films that have received honors at the prestigious Sundance Film Festival, New York Film Festival, and the Munich International Film Festival.

Most recently Gregory completed scoring for the feature Complicity, which was an Official Selection in Boston and other film festivals. The film is due out late in 2013. 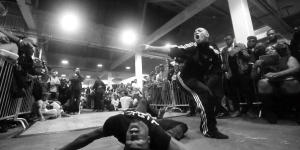