Alex Merrell is one of the most sought after DJ’s for high profile events and top venues internationally. She has been called upon to create the right vibe for the best nightclubs, hotels, lounges and countless events for major global brands and has performed with international superstars in front of hundreds of thousands of people around the world.

A favorite amongst the fashion crowd, she has played at parties and runway shows for Dior, Louis Vuitton, Armani, Escada, Zara, True Religion, Mackage, Guess, Lia Sophia Jewelry, Vogue, Saks 5th Avenue, and Marie Claire. In addition to a packed list of US venues, she has played throughout North America, Europe, the Middle East and the Caribbean. Alex has been featured by numerous press outlets internationally and has made several appearances in music videos and commercials. 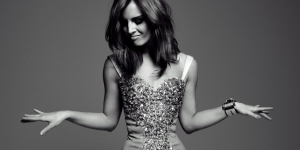