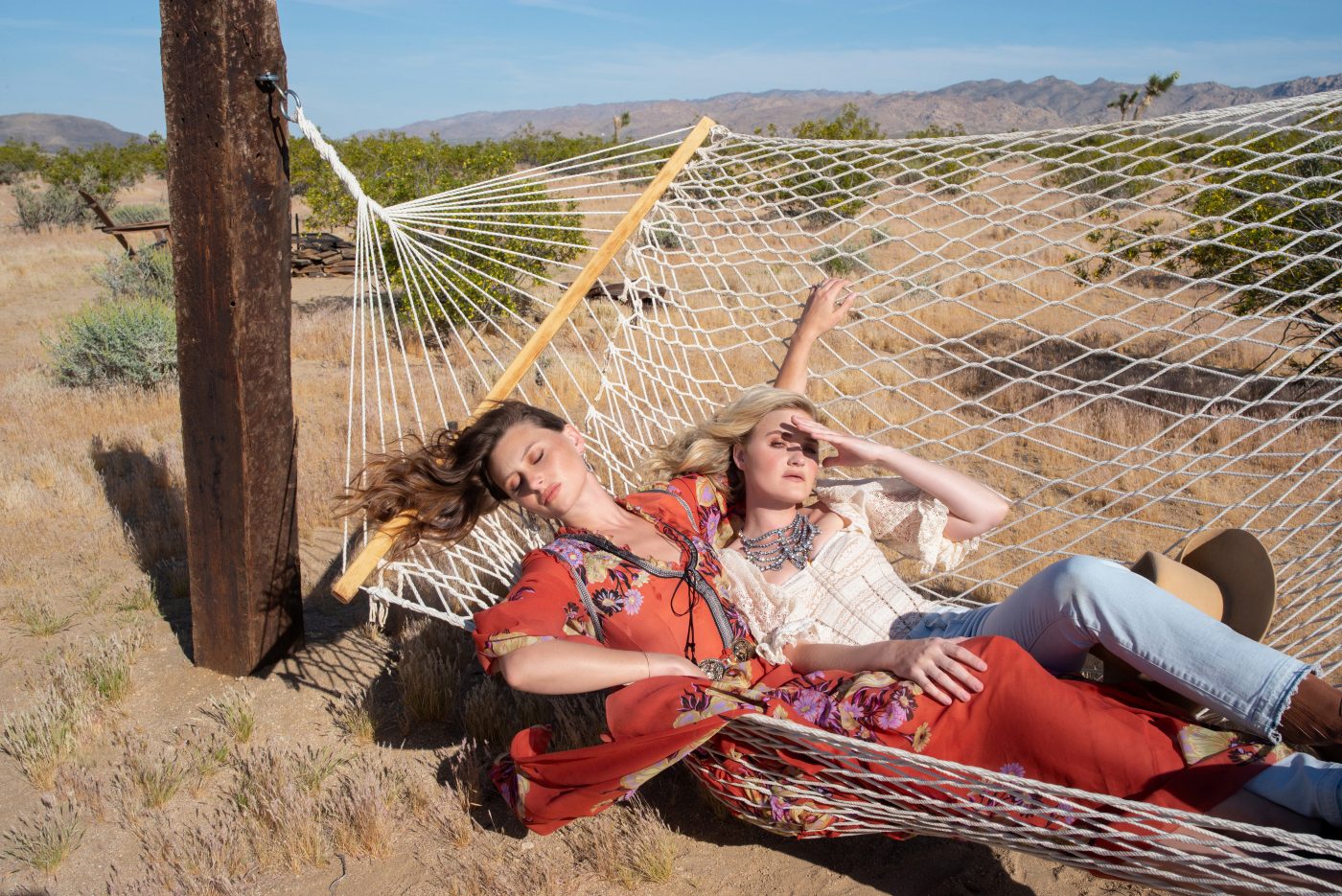 Nina Dobrev wasn’t born into a Hollywood family. Nina subject started from humble beginnings. The Bulgarian native immigrated to Canada with her family as a child. Her natural love for performing sparked her love for the craft as a child and she has continuously worked hard to get to where she is today. Nina Dobrev marches to the beat of her own drum and the world around her dances to the beat, she is that person. Her contagious energy has made her the success she is today and we had the pleasure of chatting with her about The Vampire Diaries and her new show Fam.

Imagista: Where are you from originally?
Nina Dobrev: I was born in Bulgaria; my parents immigrated with us to Toronto when we were little so I lived there until I moved to the US for acting.

Imagista: How did you get into acting?
Nina Dobrev: I am not the typical actor type in the sense that my journey didn’t begin with me always dreaming of being an actor. As a kid, especially being the child of immigrants, we didn’t have very much and it was a daily struggle to make ends meet. When I told my parents I wanted to be an actor, they supported it but I don’t think they fully believed it was something that could really turn into a career. From a very young age I loved performing, in whatever form that was. My parents and brother would probably describe me as an annoying kid but they saw I loved putting on shows. My parents began signing me up for community theater classes and summer camps to keep me busy and that is where it all kind of began for me.

It wasn’t until I went to a performing arts high school in Toronto that I began truly developing all these tools to use while performing. Following that, I got an agent and it all kind of took off from there.

Imagista: You have a pretty impressive resume. In your opinion, what was your big break?
Nina Dobrev: It’s hard to say, I feel like the first mini-break was probably Degrassi but after that Vampire Diaries.

Imagista: Vampire Diaries was huge! You played Elena on the show, can you tell me about what that experience was like?
Nina Dobrev: The show was fantastic and I remember it was the show to get that pilot season and everyone was really excited about it. The audition process was very vigorous and there were a lot of steps to get to the final one. I auditioned about three times before I was cast and then had to screen test with the boys to figure out who Stefan and Damon would be. The whole six years that I was on the show was very exciting, it changed my life in so many ways.

Imagista: Now you have kind of switched gears a little bit and you are playing Clem on the sitcom Fam, what has that transition been like?
Nina Dobrev: Fam is a straight comedy and it is also a sitcom that is filmed in front of a live audience. It is kind of like doing theater; like a bunch of mini-plays that you put on every week. The first four days you rehearse and then on the fifth day you perfume in front of an audience.

Imagista: When you film a sitcom in front of a live audience do you have numerous takes or do you go through the entire show in that one take?
Nina Dobrev: You do run the entire thing in succession, so it is in chronological order yes. However, if something goes wrong, you can do a second take but we try to avoid that as much as possible. That is why it is different from the theater if you make a mistake you can go back.

Imagista: Is it nerve-racking to have both the camera and the audience to pay attention to?
Nina Dobrev: It is tricky, it really is because more than anything, they really are laughing live in that moment. It took me a little while to get used to pausing for the laughter and knowing when to cut back in and start speaking again. Also, you get used to not letting the laughter interrupt the scene again. I also had to get used to not letting the laughter interrupt the energy of the scene. Usually, there is a rhythm and you kind of have an idea of when the laughter will come in but a lot of the times, the audience is unpredictable and they may find something else funny and we were very fortunate to have amazing writers that provided us with a script that generated more laughs than normal in places we weren’t expecting them. That definitely threw me off a little but after the first couple of episodes we got into a rhythm and got more comfortable with the medium and really fell into it and it felt great.

Imagista: It sounds like it’s a fun show to be on and it is so different from The Vampire Diaries, what role came easier to you?

Nina Dobrev: I think they are completely different, they are both great, they are just different chapters in your life. It is hard to compare the two because they are so different but I had an absolute blast on my first show and I am having an absolute blast on my second. I was lucky enough to have cast members in both shows that I respect and value so much. We have all become so close and we feel like a family and our show is appropriately called Fam and that is really what it feels like being around my co-workers. Everyone is so supportive, this is my first sitcom and some of the other actors are seasoned sitcom actors or Broadway actors and they really took me under their wing and have been helpful and supportive and sweet and we had each other’s backs which I think is really cool.

Imagista: I feel like it makes a huge difference when the cast gets along outside of filming.
Nina Dobrev: I agree and we do have great chemistry for sure.  We laughed a lot between takes and the audience was able to see that also. The audience is really part of the process from start to finish and with social media now, it is great because you have the ability to see and speak to your fans. In between takes we are able to have fun with our fans and dance and talk to them and play games and it does feel like your fans are out there with you.

Imagista: you mentioned both Elena and Clem before and how different both of those characters were, do you feel like you have any similarities to either of these characters?
Nina Dobrev: I think there is a little bit of me in both the characters. I am in a different place in my life right now so I would have to say that I relate more to Clem at the moment. Then on top of everything, what is different about being on a sitcom is that the more the writers get to know you, the more they start to write in your voice. However, at the time, I could have probably related more to Elena, or Katherine, or one of the other four characters I played on the show.

Imagista: This is such a crazy industry and there is so much pressure on actors, how do you stay grounded?
Nina Dobrev: I don’t know, I think it is all about the people you surround yourself with. I didn’t live in LA for a really long time, so in my formative years I didn’t have those negative influences, I wasn’t tempted by the things that most people get tempted by in LA. Now, I am here as an adult but I am too old and tired to go out. I have surrounded myself with a great group of people who I love and care about and who call me on my shit. They are real and they are grounded and they aren’t all in the industry, which is very important. I also travel a lot, I am in LA when I need to be and then I like discovering the world.

Imagista: Where is your favorite place to travel?
Nina Dobrev: That’s hard, I love France, you can’t beat it, it is really one of the most magical places in the world.

Imagista: You touched on social media a little bit and it is no secret that you have a huge following. Do you think this has impacted your career in any way?
Nina Dobrev: Instagram didn’t exist when I got the role in Vampire Diaries, so no, I don’t think so. My following sort of grew as the show did and my fans are incredibly supportive and sweet and they have been along for the ride the entire time with me.

Imagista: Do you feel like you have an even bigger responsibility with so many people following both your life and career
Nina Dobrev: Yes and no. I think it depends on who you are. I have my head on my shoulders and I know what is appropriate and what is not appropriate. I try to be the best version of myself and I try to be the best person that I can be. I do have an opinion and I do stand up for what I believe in or what I feel. I try to express myself in the most genuine way possible and that will either sit well with people or it won’t. My rule is as long as I am not naked I am fine. For me, there are certain things you share with the world and there are certain things you don’t. Everyone has a barometer that fits their personal ideals and I just follow my ideals and my morals.

Imagista: You are such a great role model for girls, you have so much substance and wisdom. Do you have any advice for young women looking to follow in your footsteps?
Nina Dobrev: It is similar to what I said before about doing what is right for you. If you know what you believe in and if you stay true to yourself and give 150% of yourself and if you live a truthful and genuine life and if you follow your passion and push yourself anything and everything will happen. That is how I have lived my life. It doesn’t mean there will not be struggles on the way, but the difference between you succeeding or not will be tested. Getting up and trying again, especially in this industry with so many “no’s” can break you, but you need to keep pushing. There are a lot of struggles on the way to success but you will prevail if you keep pushing forward.

Imagista: I like that you brought up that there are a lot of “no’s” in this industry because I think a lot of people look at you and see your success but don’t realize that you have also been rejected in this industry.
Nina Dobrev: It is like Instagram. You get the highlight reel, the pretty photos, and vacations but no one really shares the ugly side of life. The same goes with work, I post my successes and my premieres and events but I am not posting about not getting a role or when I am devastated that something I worked so hard for didn’t pan out.

Imagista: Last but not least, can you tell me something that we cant find about you on google.
Nina Dobrev:: My brother lives in Montreal and I could only find his house if I am on a bike. I love riding the Bixi’s around the beautiful streets of the city!