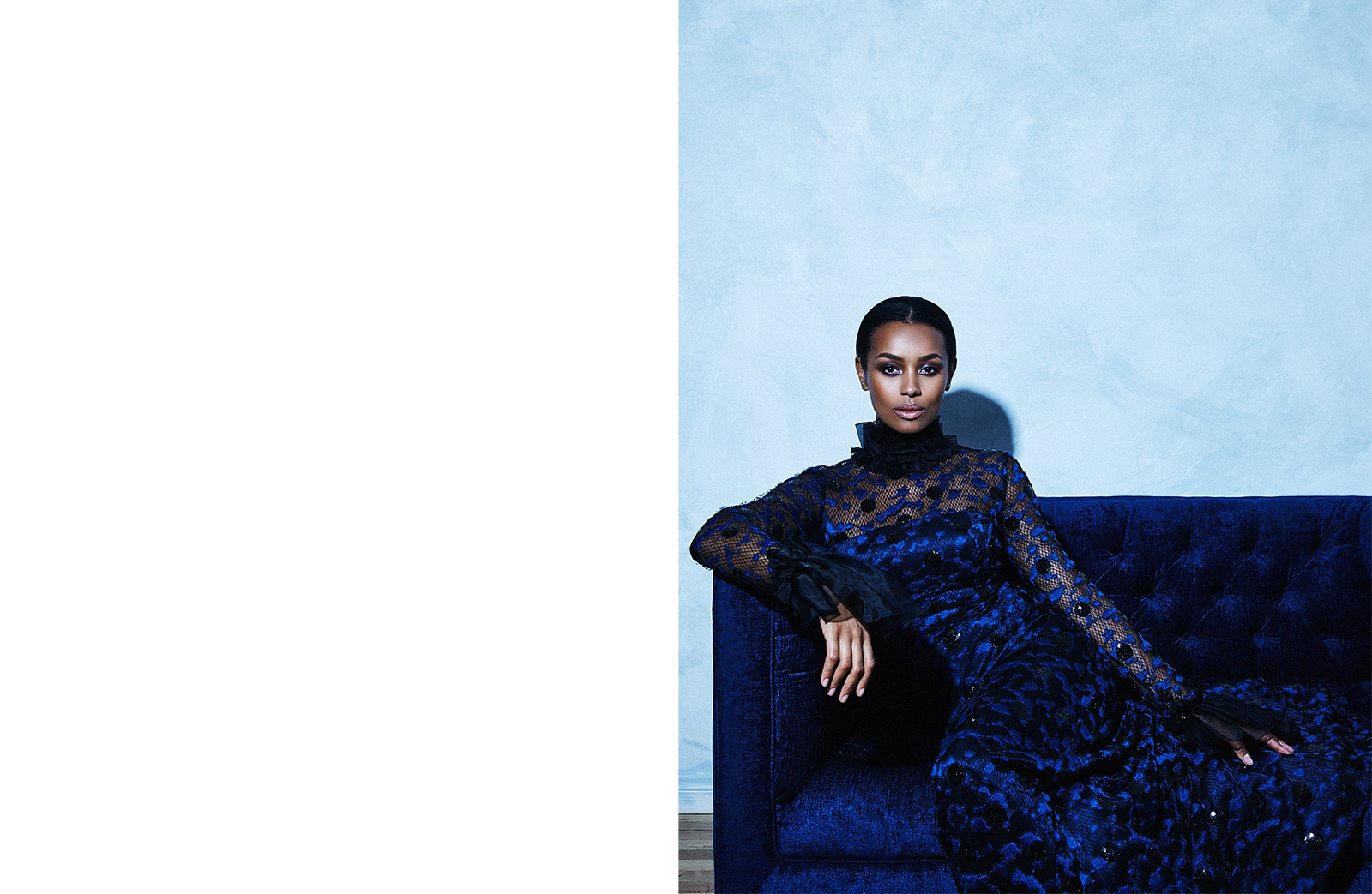 Melanie Liburd: I grew up in Herefordshire in the UK. It’s a lush countryside town with the most breathtaking landscapes.My mother is English and my father is from a tiny Island in the Caribbean called St. Kitts. I travel quite often and love that feeling you get when you feel like you’ve ‘come home.’Sometimes I get that feeling even in places I’ve never been. Two of my most favorite places to visit are Greece and Cape Town.

Imagista: Where are you currently based?

Melanie Liburd: I’m currently based in Los Angeles but stayed in New York when I filmed Gypsy. I seem to spend my life on a plane flying between LA, New York, and London. Each city has such a unique energy and distinct style. I usually find that what I wear is so easily influenced by the energy, mood, and feel of a place, which keeps things fun and interesting.

Imagista: How did you get into acting?

Melanie Liburd: I was nine years old and played a rat in my school play titled Dick Whittington. How glamorous, right? I was a painfully shy as a child, so it felt like a huge accomplishment for me at the time. We danced to Michael Jackson, which made me feel insanely cool.

Imagista: In your opinion, what is the hardest part about being in this industry?

Melanie Liburd: Once I decided to become an actor, I pursued it relentlessly – I tend to get quite nerdy about great writing and compelling characters. I think that any job can be challenging at times and there certainly have been moments where I’ve wanted to give up. It’s during these instances that I try to keep positive by learning something new and constantly improving. I can’t even count the amount of times I’ve felt humiliated and cringed after auditions, but I’ve told myself this is all partof the job and that you just have to brush it off and be kind to yourself. This year, I feel there’s been a major shift in the industry and people are now much more confident in speaking up about important matters such as inclusion, diversity, and equality. Changes are being made and people are being heard, which is exciting!

Imagista: Actors/actresses dead or alive who inspire you the most?

Melanie Liburd: Oh my goodness! There are so many actors who inspire me because of their work and their voice – Thandie Newton, Mark Rylance, Julianne Moore, Viola Davis, Helen Mirren, Robin Wright, Forest Whitaker, and of course Meryl! They are all such magical storytellers.

Imagista: If you weren’t acting what would you be doing?

Imagista: Is there anything else you would like our Imagista audience to know?

Melanie Liburd: I feel happiest when I’m traveling and exploring new and exotic places, especially around Europe with all of the delicious food! I also love to snowboard. There’s definitely something magical about the snow, clean air, and mountains.