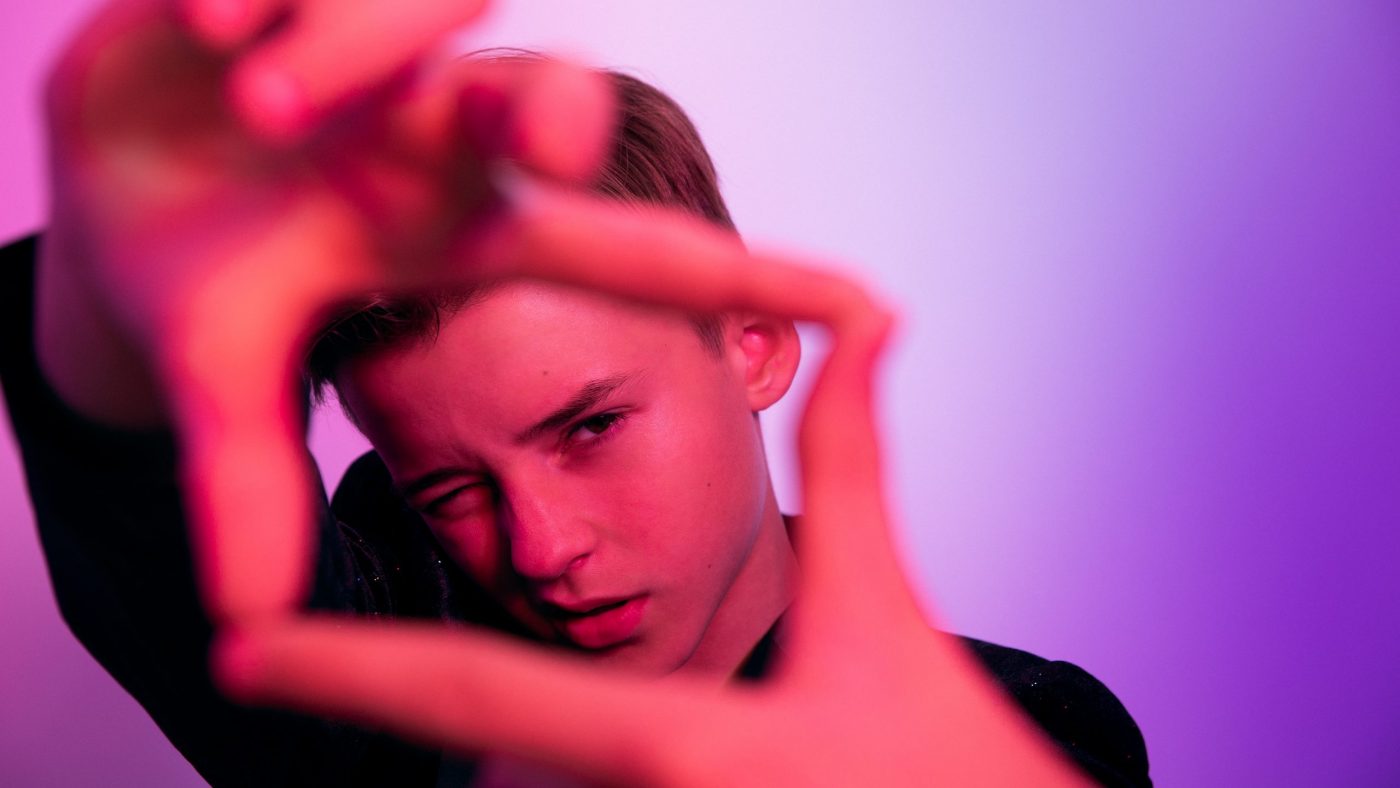 Imagista talks to rising star Maxwell Jenkins who plays to iconic role of Will Robinson on Netflix’s hit series “Lost In Space”.

Imagista: What made you want to become an actor?

Maxwell Jenkins: It happened somewhat by accident…I was asked to go for an interview/audition when I was 8 years old. After much debate from my parents on whether or not I should go, I went. It was just an interview and before I knew it I was on a plane heading to LA for a  screen test. I didn’t actually book that job, but the very next audition I did. It was an ABC drama directed by Patty Jenkins. It was originally a small part, one or two episodes, and that got expanded to a dozen. It ended being an incredible experience for so many reasons. Especially since I got to work with and become friends with Henry Thomas…I mean ET…come on, one of my favorite films of all time.

And James Cromwell. He is such a great actor and an outspoken advocate for animals.

Imagista: We read somewhere that you are very close to your family and that your family has a traveling circus. Tell us about the circus and how your family has supported your choice to pursue a career in acting?

Maxwell Jenkins: My sister and I have always been very close friends. I’ve performed in my family’s circus, Midnight Circus since I was three years old. We travel all across Chicago every summer and fall and bring this magical show to neighborhood parks in every corner of the city. Aside from my sister, and our parents, our circus has some of the best acrobats from all over the world. Of course, everyone’s favorite performers are Rosie Rae and Junebug, my rescued Pit Bulls. We are really proud of the work we do through Midnight Circus, not only do we bring an incredible circus to communities, but we also raise funds through the circus to rebuild playgrounds and fund park programs. To date, we’ve raised over a million dollars for Chicago Parks and community groups.

My parents always say the mission of Midnight Circus is Creating Community, raising funds and rebuilding parks, one circus at a time!

My family and my circus family have always supported my choice to pursue acting. It does sometimes make it difficult to perform as much with my family circus, but when I can, I still perform in the circus. All families have crazy schedules, ours just includes a circus and a Netflix series.

Just like the Robinson Family, my family sticks together and we support each other, especially when things get crazy.

Imagista: You play Will Robinson on the hit Netflix series Lost In Space, can you tell us a little bit about your role as Will and any challenges you face? Working with green-screen and a robot etc….

Maxwell Jenkins: Playing the iconic role of Will Robinson is an incredible experience and will always be something for which I am most grateful. I’ve grown up watching, and loving science fiction…Star Wars, Star Trek, and in fact, my Mom would use Star Wars as a parenting tool, “Don’t go to the dark side Max”…is what she would say when I was younger.

As far as the challenges with green screens go. The first time I had to act on a green screen was the first day of filming for Lost in Space.  I was overwhelmed, trying to “act” to a giant green wall is no easy task. After a long day of green-screen work, I decided to call Parker Posey who plays Dr. Smith. She gave me some great advice. Parker said, “Max just imagine what is not there and play pretend. Enjoy it!!”  I had grown up playing pretend with my sister, so green screen work became a giant game of pretending, just like playing with my sister Sam.

Growing up I always loved robots. Whether it was the movie “The Iron Giant”, one of my all-time favorites, or going to a local shop “Robot City” to build robots with my friend Jackson, I have always been inspired by the relationships between humans and robots. So getting a robot as a best friend was a dream come true. Sometimes it’s challenging, acting with a green screen that will later become the robot, or it can be a challenge when your scene partner (the robot) doesn’t speak back, but that is when I need to remember what Parker said and just pretend. Plus the actor that helps bring life to the robot is a gifted physical performer so he doesn’t need words to express emotion.

Imagista: Do you feel like you have any similarities to your character on the show?

Maxwell Jenkins: Yes. Will and I are similar in a lot of ways. We both love science and are very close with our families. We have that in common. We also have some differences. Will doubts himself a lot, in particular during season 1. At times,  I doubt myself too… don’t we all. But what I admire most about Will Robinson, is that if he had a superpower it would be his compassion. Compassion is something we all need, especially nowadays. So in my real life, I try to be more like Will Robinson.

Imagista: Tell us about your role in Good Joe Bell. How was working with Mark Wahlberg?

Maxwell Jenkins: First of all, working with Mark Wahlberg (who played my dad) was incredible. He’s a super-serious actor. He really focuses on the work and is also supportive of the other actors and crew on set. He really set the tone on set and made it an intimate, professional atmosphere where everyone felt safe to do their work. I also was lucky to work with Connie Britton as my mom. She also taught me so much. She’s super smart and nurturing. I felt really supported by both of them!  Good Joe Bell was an incredible experience. Connie and Mark are wonderful actors and great people. I learned so much working with them.

Good Joe Bell is based on a true story. It focuses on the Bell family, who live in a small town in Oregon. Joe and Lola Bell’s oldest son Jadin (played by the awesome Reid Miller) is ruthlessly bullied for being openly gay, and tragically he takes his own life. I play Joseph Bell, his younger brother. The film shows how the family changed and was affected by this tragedy. Joseph loves Jadin and is heartbroken about the way his brother is treated in their own community. I got the opportunity to speak with the real Joseph Bell before filming. I wanted to make sure I did his part of the story justice. I felt responsible for telling his story. I am really grateful he was willing to share his life and thoughts about Jadin and his family with me.  After speaking with him several times I did my best to share Joseph’s story, the way it is meant to be shared. I think this is a beautiful film with an important message. I loved working with Reinaldo Marcus Green, the director. He gave the actors time to discover the scenes and really explore the relationships. Coming from big-action sci-fi, it was a totally different way of working and I was lucky to have that experience. I think it will carry with me if/when we get to do a season 3 of Lost in Space.

Imagista: You are also a musician, tell us about your band. Any upcoming shows?

Maxwell Jenkins: Aside from being an actor, I also love to play music. I started playing the violin when I was three years old, and when I was 7, some of my friends started to play drums and guitar, so I told my mom that I wanted to rock out with them. My teacher said that there was an instrument called Mandolin, which is tuned like a violin but you play it like a guitar. To me, this sounded great! I could use what I had learned on the violin, but feel like a Rocker. Now I play Mandolin in the band, Cowboy Jesus & the Sugar Bums. I also play guitar (which I started last year and love it) and I play electric bass as well.

Cowboy Jesus & the Sugar Bums just wrapped up quite a few shows this summer, and we are hoping to get into a studio and record some of our originals. In fact, me and the original Will Robinson, Bill Mumy, wrote a song called “Ready to Drop”. It’s a protest tune about how the young generation may be small in size, but our voices can be loud.

Imagista: As a young man in such a crazy industry, how do you manage to stay grounded?

Maxwell Jenkins: Being a kid in this crazy industry can be overwhelming, but if you stay grounded, you’ll be alright. I have been fortunate enough to travel the world, meet incredible people, and see different cultures and places. Although this is great, it would not be possible if my family and friends hadn’t kept me grounded. My parents have always made sure that I have time off of acting to go back to real life at my public school in Chicago (first Coonley Elementary School and now Lane Tech College Prep). I play sports, have fun with my friends, hang out with my sister, spend time with my rescued pit bulls Rosie Rae and Junebug, and do homework, which isn’t always the most fun. They’ve made sure that acting is something that enhances my childhood, it doesn’t define it, and I am so grateful for my family and friends keeping it this way.

Imagista: Do you have any advice for young performers looking to follow in your footsteps?

Maxwell Jenkins: If I could give any advice to other kids looking to start acting, I would say stay humble, work hard, be kind, and make sure you take time off to just be a kid again.