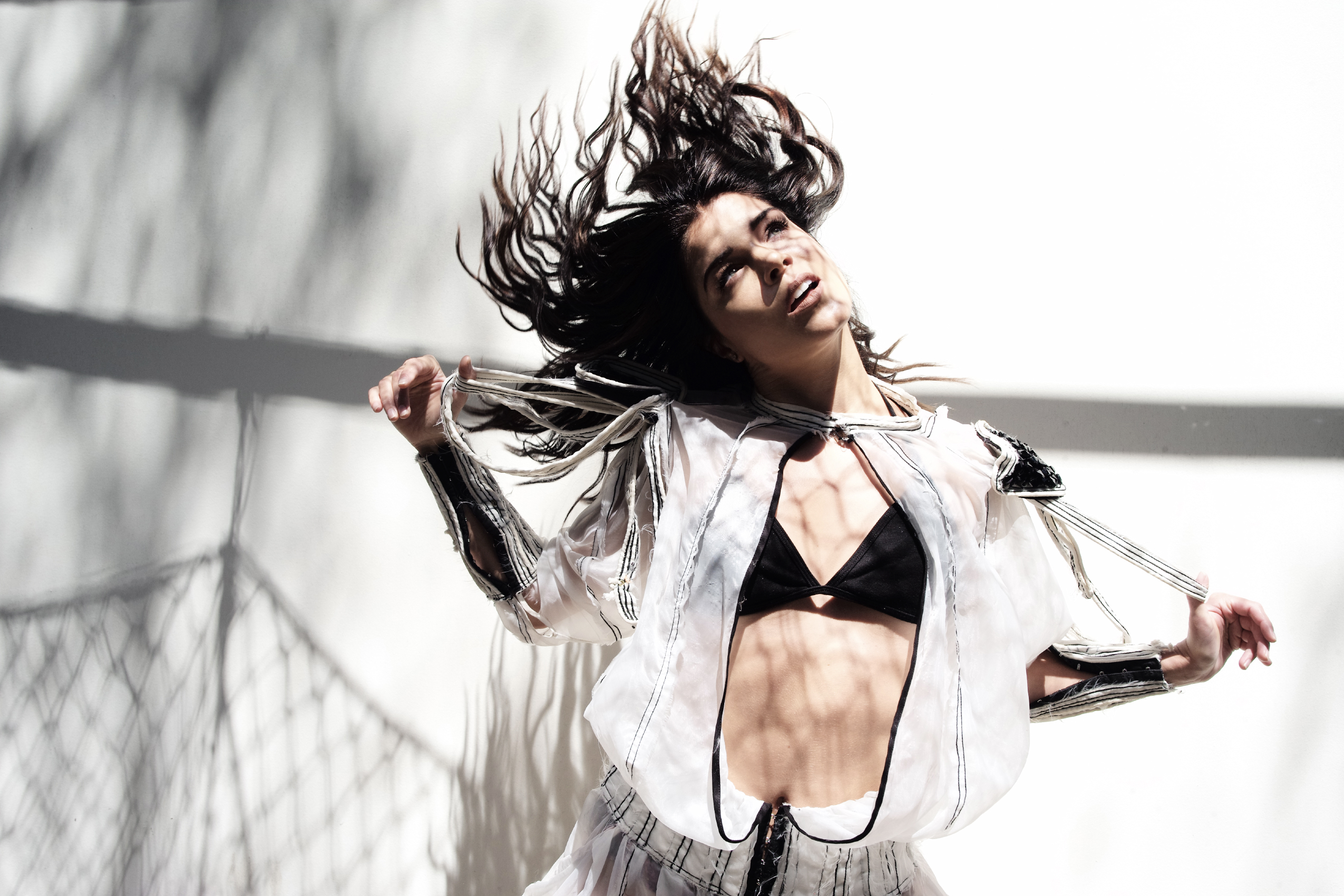 Grounded, motivated and philanthropic are three words that best describe our next subject. Known for her role on then hit series The 100, this Greek Canadian has much more going for her than her obvious good looks. We got to get to learn about her past, her ambitions and her passions.

Imagista: Where did you grow up?
Marie Avgeropoulos : I grew up in small town Thunder Bay Ontario, Canada. It’s an incredibly rural outdoorsy place to grow up where the adventures outside are endless. Lots of memories fishing, camping and sitting around campfires. Summers are hot )with lots of mosquitoes, and winters could drop down to -40 Degrees C / F ! Brrr… Gives thick skin a new meaning.

Imagista: You are of Greek heritage, is that something that had an influence on you growing up?
Marie Avgeropoulos: Of course. For starters when kids were learning how to spell three letter words in first grade, I had to learn to spell Avgeropoulos. Suddenly I became the smart kid. Food, loud families, Greek dancing…. lots of positive memories. Greek culture is beautiful and I am proud it’s in my blood.

Imagista: How did you get into acting?
Marie Avgeropoulos: I went to college for Television Broadcast Journalism. I thought I wanted to tell stories for a living, yes, but soon realized not those types of stories specifically. I quit my job at the news station, backpacked Europe solo for a few months to get brave enough to move out of my hometown. I was playing drums at a gig, and caught the eyes of an agent. Moved to Los Angeles eventually and roughed it. Slept out of my beater car for the first few weeks and auditioned for the 100 – the rest is history . Few bumps in the road but somehow it all worked out .

Imagista: You played Octavia Blake on the hit television show The 100, can you tell me what that experience was like for you?
Marie Avgeropulos: After 6 seasons of playing Octavia Blake, she’s become a part of who I am. We have grown over the years together, shifted together, and she has transformed over and over throughout the seasons. It feels like I’ve played 6 different women rolled into 1 . I never feel settled, or bored of playing her. She always challenges me physically …. I’ve learned how to sword fight on horseback, sword fight anywhere – really . It feels like it’s an extension of my right arm by now. I feel so incredibly fortunate to have this opportunity and be a part of this ensemble of such talented cast and crew.

Imagista: Do you have any similarities to your character on the show?
Marie Avgeropoulos: Yes. We both are the youngest in the sibling dynamic. I am the youngest of 4 so I get how opinions can somehow be overlooked when you’re the baby of the family. We both are quite stubborn, however resilient and determined. When Octavia or I we have our eyes or hearts fixed on something – there’s no stopping us .

Imagista: I read somewhere that you are very philanthropic, are you involved in any charities?
Marie Avgeropoulos: I work with FFLV India , which is a school that runs solely by sponsorships for girls. There are over 1500 young girls on the waitlist. Having a boy in rural India is an asset; sadly, having a girl is a liability due to old traditions. Unfortunately, many end up as child brides against their own will . FFLV focuses on educating girls as well as strengthening the communities to create jobs futures for these girls. You can click the link in my Instagram bio to watch the full documentary I participated in making on how your donations help and how your small change can make a big difference in their lives. Visit www.fflv.org for more. IG @marieavgeropoulos

Imagista: What advice do you have for young girls looking to break into show business?
Marie Avgeropoulos: Thick skin is everything. Let the word ‘no’ run off your back like a raindrop. Study. Be brave and take risks. Take classes.

Imagista: If you could work with anyone, who would it be?
Marie Avgeropoulos: Sally Field. Charlize Theron. Helena Bonham Carter

Imagista:What is something that people would be surprised to find out about you?
Marie Avgeropoulos: Purple is my favourite color. Even my Harley Davidson motorcycle is purple with white wall tires.