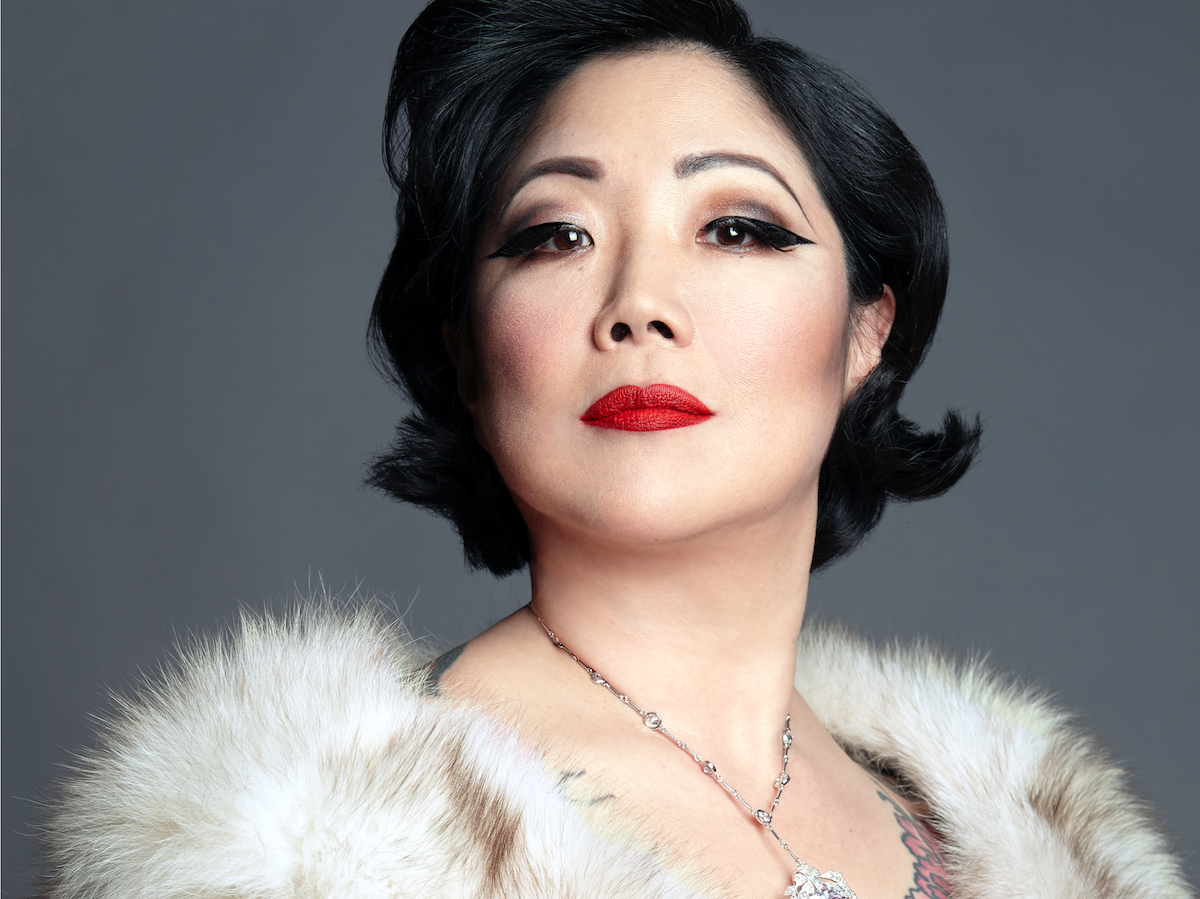 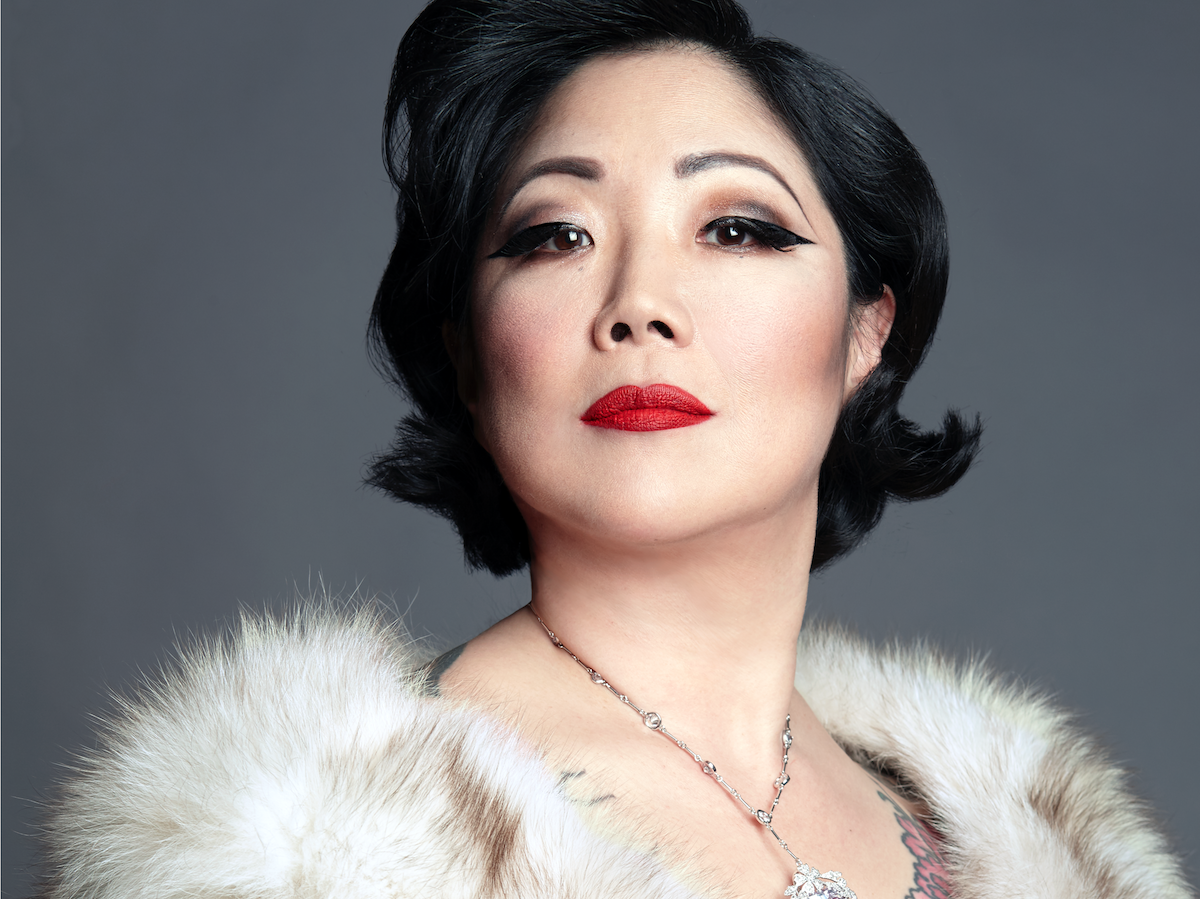 Comedian Margaret Cho knows something about resilience. The Grammy and Emmy Award nominated comedian has experienced the viciousness of the star-maker machine first hand and has lived to tell the tale. Always outspoken and unabashed in her stance on political issues, Cho has been a champion of the LGBT community and has been an activist in the truest sense of the word, working with a myriad of organizations like GLAAD, The True Colors Fund and work to raise money for the homeless. This diva walks her talk.

Her Fresh Off The Bloat Tour has been trailing across America and will soon make its way overseas. Cho is also immersed in post-production on a comedic drama for TNT called Highland, which draws inspiration from her personal history with substance abuse. Never one to rest on her laurels, the fierce San Francisco native is in her element, speaking out about her own history with sexual adjudication and abuse in the wake of the #metoo movement.

Imagista: You’ve been on the road with this tour for a while. How has the material evolved since the tour began?
Margaret Cho: We’re in a new era. I’m talking a lot about the #metoo movement and all that’s happened, the different industries that are effected, whether it’s politics or comedy or entertainment in general. There’s so much that’s shifted. The way we’re looking at sexual abuse and talking about it. It’s a subject that was already in the show and I’ve been talking about it for a long time. When I first started talking about it, people were very alarmed. Now it’s something we really get into.

Imagista: Do you find yourself ever using older material?
Margaret Cho: Yeah, for sure. I can update it, which is great. I love doing that. I have to watch myself sometimes to remember the wording. Some of it’s written down. There are a lot of specials that I can look to that will have everything. It’s very helpful to go back.

Imagista: Are you planning on recording of this tour?
Margaret Cho: Yes, we will eventually.

Imagista: You’ve talked openly about your history of being sexually abused. What’s your opinion of the #metoo movement?
Margaret Cho: It’s great. It’s empowering to see all these people coming forward. It’s something we’d been dealing with for so long and yet had not had a place to talk about it.

Imagista: How did you navigate being sexually adjudicated when you first started out?
Margaret Cho: You sort of figure it out as you go along. Everything happens as it will happen and that everything is going to be okay. It’s great that I’m still able to work and get out there to do shows everyday. That’s really powerful. It’s an important part of my life.

Imagista: There have been naysayers and those who question the women coming forward. What is your response to that?
Margaret Cho: I think it’s an incredibly charged time so I don’t think the movement is going away. I don’t think it can be minimized. It’s just the beginning.

Imagista: Do you believe there is a way for the predators to redeem themselves? For example, do you believe that Kevin Spacey would be able to recover his career after what happened last year?
Margaret Cho: I don’t know. It depends on what you’re accused of. What he’s accused of is a criminal offense. So I don’t think so. I can’t imagine that it would be alright. His behavior was really geared toward boys, so where is the line? It’s not only all of this predatory behavior around children but also trying to excuse it by saying ‘I’m gay.” It sucks.

Imagista: What do you say to gay men who have experienced that same kind of preying?
Margaret Cho: That its a really huge problem in our community. It doesn’t diminish your strength to come forward on these issues. It only makes us stronger.

Imagista: What does your mom think of it?
Margaret Cho: She loves it. She’s very vocal. She enjoys all of my work tremendously and has always been incredibly supportive. It’s a different kind of a life than she would ever have imagined for me.

Imagista: Has she ever critiqued your impression of her?
Margaret Cho: (Laughs) No, no. Because she knows it’s right.

Imagista: You’ve been incredibly politically active. What are you involved with lately?
Margaret Cho: I’ve always loved The Trevor Project. It’s something that I love doing every year. There are so many different things happening. Being part of all of these women’s marches is incredibly vital.

Imagista: What is about politics that makes for such good jokes?
Margaret Cho: It’s the currency and emotional weight of it. It’s also the fear factor, especially having this crazy person as president. It’s very alarming every day.

Imagista: What do you think of the divide between the right and left?
Margaret Cho: Well the gap between right and left is closing. The right is quickly realizing they’ve made a terrible, terrible mistake. It’s all about that admission that they were wrong. I think they can. I think most people can get to the place where it doesn’t matter who was right. We need to get him out of office. He’s losing any approval rating that he might have had, which was already low to begin with. It’s desperate times.

Imagista: But if he gets impeached, the alternative is…
Margaret Cho: Yeah. The worst thing is to have Pence in power. Trump is inept and dangerous but Pence is calculated and focused and sure. He knows his appeal, which is for a crazily ignorant kind of conservatism. He actually is aware of what’s going on.

Imagista: So which is the lesser of two evils?
Margaret Cho: Yeah. Who knows, right? It depends on what you want. Crazy or really crazy?

Imagista: What’s next for you after the tour ends?
Margaret Cho: I’m still working on my tv show called Highland. We’re still in development. We shot the pilot and I love it. I’m really excited to bring another Asian American family to television. I’m touring a lot. I’m going to Asia, which is great. The motherland! (Laughs)

For tickets to Margaret Cho’s Fresh Off The Bloat Tour, visit www.margaretcho.com