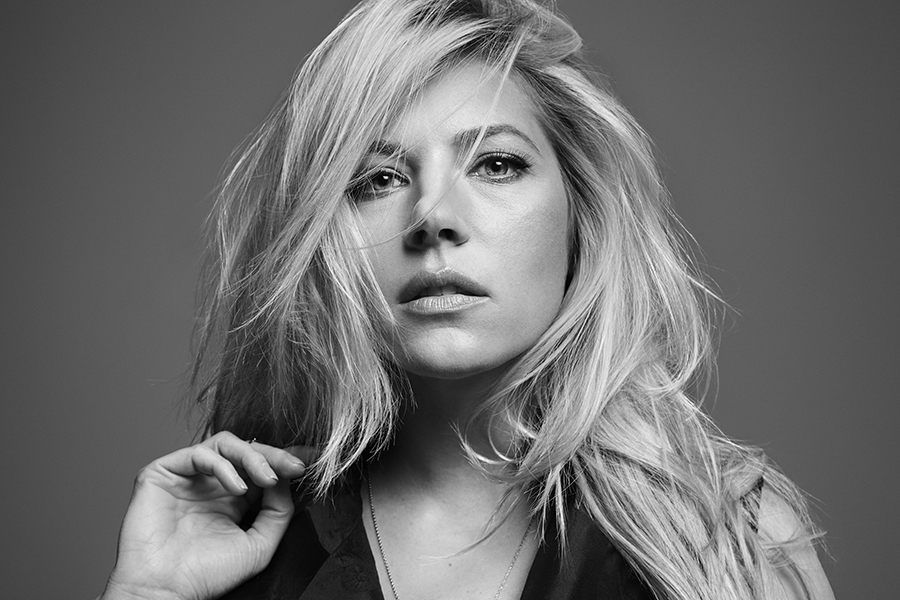 Tae Kwon Do instructor. Viking Shield Maiden. Struggling young mother, all very different roles and not the typical career trajectory for a young actor but Katheryn Winnick has come a long way from the days when she couldn’t afford headshots. The Viking star talks with Imagista about how she transitioned from training actors in martial arts to being in front of the camera herself, her upcoming directorial debut and her role in the long-awaited Steven King movie The Dark Tower.

Imagista: You grew up in Toronto correct? How did you first get into acting?
Katheryn Winnick: Yes, born and raised in Toronto. I have always loved story telling. At a young age I was heavily involved in martial arts. I thought that my career would be more in the field of fitness industry rather than in front of the camera. I started teaching actors martial arts on film sets before I was an actress. I worked on a movie with David Cronenberg in Toronto and I used to teach his family tae kwon do. It was really interesting being on set all day, I remember my eyes were so wide and to see everyday a be completely new day, with new possibilities and new ways of telling the story, it was just so fascinating me. I have never been one to be bored on set I have always just loved learning and seeing how things evolve in the film business. For me, it was more getting the chance to be on set and having that challenge to be able to connect to the audience is what drove me to want to pursue acting. I remember that very early on I could not even afford my own head shots because I was still a student, trying to make ends meet. Going to university, teaching martial arts, opening schools and at the same time I was on set and ended up convincing a photographer to take my head shots. It was nice to be able to get a chance to be on set everyday and see what it was all about. From there I moved to New York and taught actors on movie sets and broadway, I also did films in Africa, I got to travel with them. To continue my studies, I wanted to take acting seriously and not just say “oh I am an actor”, to be it was about owning my craft and having that experience to be able to say “I am what I do”. I studied in New York for many years, I was bi-costal for many years between LA and NYC all at the same time trying to manage three martial art schools in Toronto. It was not until I began filming Viking that I felt I could explore both my loves of story-telling and playing a role that is both strong and feminine and fierce all at the same time.

Suit by Norisol Ferrari, Top by DSTM, Shoes by Marchesa

Imagista: Can you talk to us about the show Viking?

Katheryn Winnick: We just wrapped up season 5 B and hopefully we will get signed for another season. I am actually going to be directing an episode and I am really excited about it.

Imagista: How did that come up?
Katheryn Winnick: It was one of those opportunities when you have been on set for almost six years and spending all your time on set. At first we were a 10 episode per season show but then we got signed on for 20 episodes. Being on set everyday and getting the chance to see what goes on both in front of the camera and behind it is intriguing and seeing all the different directors come in and seeing how challenged they are and how different each of them are in terms of concept is really inspiring. It is motivating just to be able to see the other side of things. This is a TV show that is so rich in terms of visual eye candy and story telling and visual effects and extras and special effects. It is such a directors medium more than other shows where they follow a formulate sense of story telling. This show is more like watching a movie. It is more of an opportunity to get a chance to direct your fellow cast, it is super intimidating but I am up for the challenge.

Imagista: Was this something that you always had in the back of your mind?
Katheryn Winnick: I was a director before I was an actor, I directed in high school!

Imagista: What did you direct in high school?

Katheryn Winnick: I directed plays that I had written. I wrote a few plays in high school and I was always fascinated in getting the performance out of actors and to be able to tell the story through your vision and having the platform to do so I have to probably say that I am a little stubborn, so maybe my personality is more suited for a director rather than an actor. I also have lived and breathed these characters more than most people. I am one of the only original cast members, actually I think I am the only original cast member since season 1 still on the show.

Imagista: When you first got cast for Viking did you have any notion the show would be as successful as it has become?
Katheryn Winnick: I would lie to you if I said I did not have a feeling. I definitely had a feeling that this was going to be a good show just because the writing just stuck with me. I am a huge fan of Michael Hirst, and every single episode, almost 8 hours of television that he has written, which is very rare to have one writer write every episode. Him having a scholastic background and working with a historian and tutors is when I knew that he had the need to tell things authentically, that it was not going to be commercialized, I knew it was going to be told the right way. I have to give my crew and set designers and everyone else on set a lot of credit they really do everything they can to keep it as authentic as possible, they are really the best in the business. I am very proud to be part of this show.

Imagista: Would you like to continue to direct more episodes of Viking or direct anything else? Or do you want to keep acting as your primary focus?
Katheryn Winnick: I think acting has and will always be my primary focus. I have not had the experience of directing yet but I know that I am intrigued by story-telling and having a different way of expressing myself that is not in front of the camera and directing is an interesting way of doing that. I hope I would be an actress director because I have that background. Also having a background in stunts and sequences, I mean I do not even work with a stunt-double I do all the stunts myself. We have an incredible team as well, probably the best in the business.

Imagista: So what, besides directing an episode is next for you?
Katheryn Winnick: I am excited to share Dark Tower which is coming out in July. It is a movie that is based on a Steven King novel and Idris Alba and Matthew McConaughey is in it and I am very excited about it. It took about 8 years for this film to make, between coming up with a concept and getting the story told correctly. It was shot in cape town and I can’t wait for the world to see it.

Dress by Mondo Guerra, Shoes by Giuseppe Zanotti from The Archives

Imagista: Obviously your character on Viking is a total badass, is your character in Dark Tower a badass also?
Katheryn Winnick: Not at all, she is completely different. She is a young mother who has her own personal struggles to deal with not physically but emotionally. She is a modernized woman, one that needs to deal with real life issues. She is questioning herself, asking herself if she is really doing the right thing for both her son and herself. It as a very different role, I have been on the show for 6 years so it is nice to switch it up completely.

Imagista: In the film Dark Tower you are working with some pretty legendary people. How was the experience different from Viking?
Katheryn Winnick: All new experiences are different but it was an easy transition for me. I think everyone involved wanted to be there and it was just and instant family truthfully. It was a welcoming set, we shot a lot of it in Cape Town which may sound a little strange considering it is set in New York. That was a little bit of a disconnect when I would come out of work and hear lions and see the mountains. I love Cape Town, I fell in love with the city and got the chance to go on a few different safaris and was able to embrace the culture and the wine and the people and the art and artists. I think having that isolation really helped to really immerse yourself in the character, I am excited, I know there are crazy die heart fans our there and I will tell you one thing, I know that they wont be disappointed, it is going to be epic.