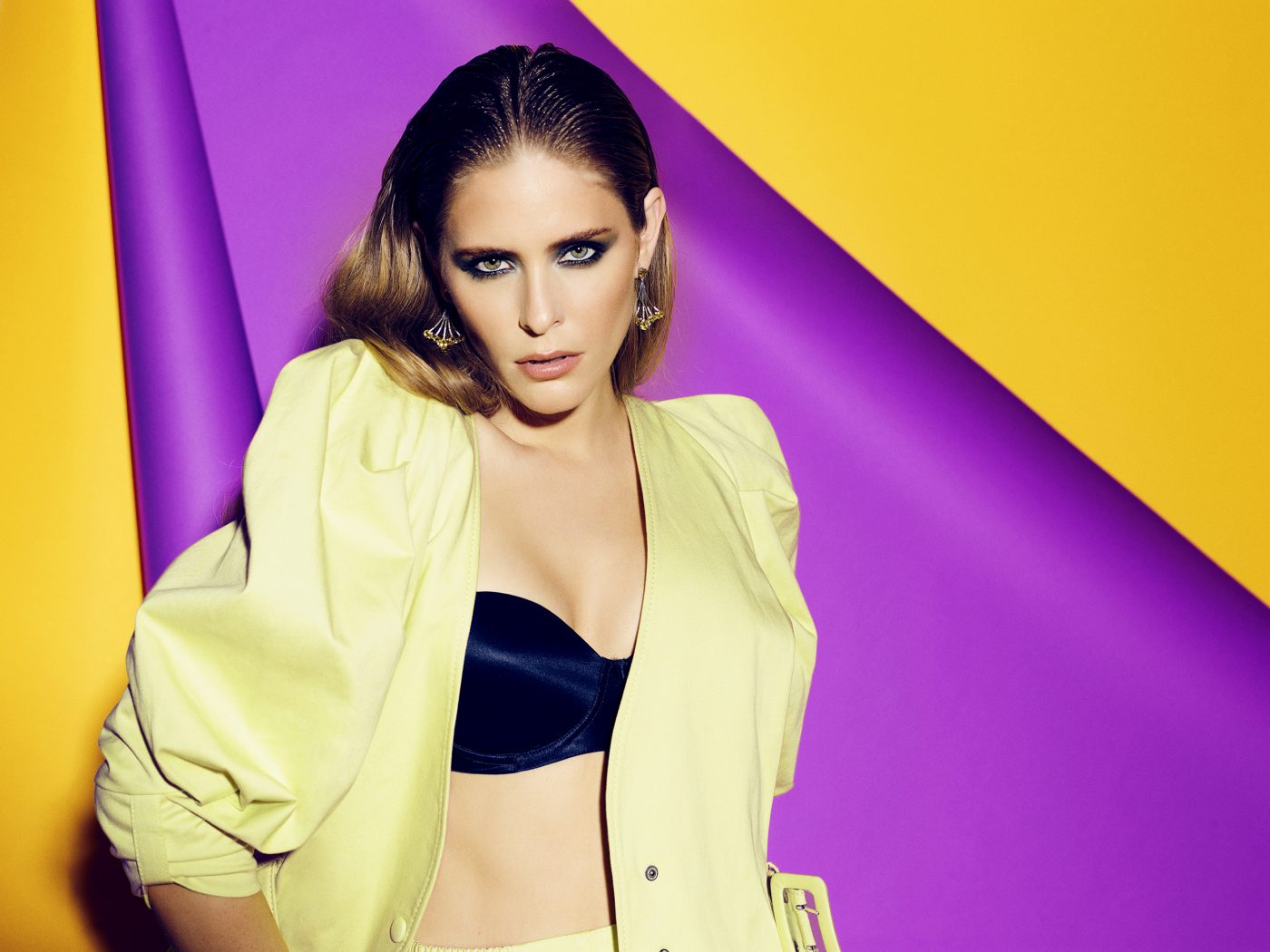 Jordan Claire Robbins is one of those subjects who simply has it all. Her hard work, education and natural talent have earned her a spot on one of the most talked about shows on Netflix.

You may recognize her from the hit series The Umbrella Academy where she plays Grace, a loving a fierce mother, who just happens to be an AI.

Jordan Claire Robbins: I was born and raised on the beautiful island of Bermuda. I lived there until I was eighteen when I graduated high school and moved to Canada to go to university and pursue being an actor.

Imagista: How did you get into acting? Were you ever professionally trained?

Jordan Claire Robbins: At university, I did a double major of Drama and Psychology – I had wanted to be an actor for as long as I can remember but was also fascinated by psychology and what makes people think and behave differently. I think they go very hand in hand and my psych background has really helped me get in the mind of my characters. After graduating, I took a bunch of on-camera classes and when I felt ready I got an agent for film and TV. Since then, I’ve been very fortunate to be a part of some amazing projects.

Imagista: You are currently on the amazing series Umbrella Academy, what has that been like?

Jordan Claire Robbins: Working on The Umbrella Academy has been an incredible experience. Being a part of the story from the very beginning of the first season meant that I had time before we went to camera to build the world and my character in a way you don’t get when you jump into an already established story – we got to have rehearsals and take the time to get to know each other which was huge in finding that family dynamic that is so crucial to this story. It’s such a special show – the writing is darkly funny and unique, and I love that it’s a superhero show but is really about relationships and very human struggles and flaws that everyone can relate to.

Imagista: Can you tell me a little bit about your character Grace?

Jordan Claire Robbins: Grace is an AI built by a cold, harsh man named Reginald Hargreeves, to be the mother figure to the seven children he has adopted. The children have superpowers they learn to master to be a superhero team, but what they really need is the love and support all children need, and this is what Grace gives to them. She is kind, loving, supportive – everything a perfect Mother should be – but as her kids get older they are faced with the question of how much of what she says and does is real love, and how much is just her programming. Playing an AI definitely came with its challenges, and it was important to me to be able to play an android convincingly but also find another layer of humanness, a sense of self that she finds through her often solitary years in the house. She has this really beautiful evolution as the season goes on, and it was a really fun thing for me to play with – this balance between robot and something more.

Imagista: Are you working on anything else you are excited about?

Jordan Claire Robbins: I am working on a couple of exciting things I’m not allowed to talk about yet! But I also guest starred in an episode of iZombie that airs next month, a short film I wrote, produced, and co-starred in called Driver Is Arriving Now will be making the short film circuit soon, and I just returned from doing my first comic convention at Wales. I’m really looking forward to doing more of those because it was an amazing way to be able to connect to fans around the world!

Imagista: Do you have any advice for young women looking up to you and wanting to follow in your footsteps?

Jordan Claire Robbins: Get lots of practice in whatever way you can – acting classes are a great way to get experience and confidence on camera, but you don’t actually need to spend a dime to be creative – all that matters is you find a way to constantly be growing and learning. Acting, like anything, takes time to master! I remember in early acting classes feeling like the worst one in the room, and being so uncomfortable that I sometimes wanted to run away – but the love for the work always far outweighed the fear and if you’re going to succeed in this business that love needs to always be bigger. Accept that you won’t be satisfied with your work for a while, and as a working actor, I can say I still feel unsatisfied with my work much of the time! But it’s this drive to be better that will always inspire you to keep improving and working, so long as you don’t let the critical voice in your head deter you. Also, even if acting is your dream, make sure you also fill your life with other things that make you feel happy and keep working on self-discovery – if we are well rounded and fulfilled as humans, then that will allow us to be better, more relaxed actors. The best acting moments come from freedom, and bringing your true self to the moment, so don’t worry about getting it ‘right’!

Imagista: If you could portray anyone on screen, who would it be?

Jordan Claire Robbins: The child in me would love to play Ariel in a live adaption of The Little Mermaid, I was obsessed with to growing up! But I’m also really fascinated by Grace Kelly – she was the epitome of class and a very talented actress, and she led such an interesting life that ended so tragically. She sacrificed a lot for a marriage that apparently didn’t bring any joy. Women had to be so strong then and often were trapped in controlling unhappy marriages, so it would be interesting to explore a woman who from the outside seemed to have it all but was actually far more complex.