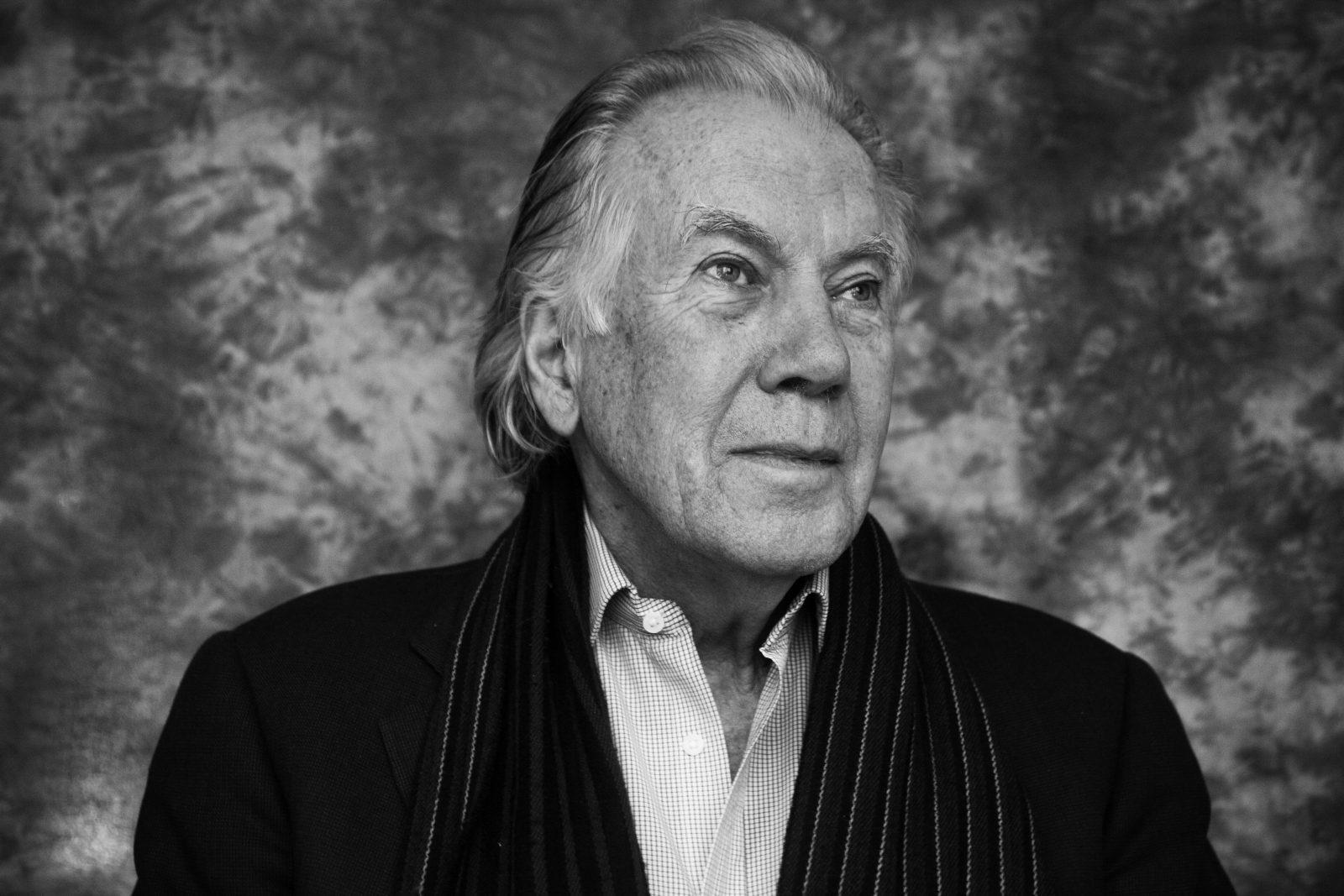 Click here for directions.
The Central YMCA is located at
20 Grosvenor St., Toronto, ON M4Y 2V5, Canada
(Located one block north of the College Street Subway Station.)
*We kindly ask that all atendees arrive a few minutes before 2 PM.

In lieu of flowers, please consider a donation to the The YMCA of Greater Toronto, The Children’s Aid Society Foundation or The Toronto Public Library.

John will be deeply missed by his wife, Maureen Atkinson; his four children Mark (Laura), Michael, Megan (Lorenzo) & Andrea; his grandchildren Maddalena, Lily, Ginevra, Olivia, Elliot, Emma, Sophie and Max; his brothers and sisters-in-law Paul and Coe Williams and Donald and Therese Williams; his nieces and nephews; the whole Atkinson clan; and many friends.

John delighted in saying ‘I’ve never worked a day in my life’ and pursued his career with passion until his last days. He loved his career as a retail consultant and the company he founded, J C Williams Group, which was a second family to him and included longtime members Cathy Ramsamujh and John Torella.

Before becoming a consultant, John climbed the ranks at Eaton’s from summer salesperson in Vancouver to head buyer for women’s fashion in Toronto, earning an MBA along the way at Northwestern University’s Kellogg School of Management. His work took him from India, the Middle East and England to the USA and Canada. He worked on urban revitalization and applied his customized “WOW! Factor” to stores and malls around the world. For over four decades, he and the JC Williams Group were the go-to experts for Canadian retail. John was inducted into the Canadian Retail Hall of Fame in 2013.

John was a lifelong runner and a fixture at the Toronto Central Y for almost 50 years, working out, sharing stories and swapping jokes with long-time friends. He believed in giving back, offering his time and expertise to the Y, the Toronto Public Library and the Art Gallery of Ontario among others; fundraising for his Alma Mater, the University of British Columbia, and organizing reunions there and with his classmates from Magee Secondary School in Vancouver, where he grew up.

John had a loving, happy marriage to Maureen, who was also a partner in business and with whom he enjoyed travelling and hosting countless dinners for family and friends at their beautiful Riverdale home. He was also deeply grateful to his first wife, Betty, for their years together raising their four children. He loved his kids, was proud of each of them, and delighted in his eight grandchildren, taking them to Riverdale Farm, BBQing them ‘John Burgers,’ and out to sample Toronto’s diverse cultural and food scene.

John grew more joyful throughout his life: he loved telling funny anecdotes; sending humorous greeting cards; playing light-hearted pranks; and making fun of himself. He was endlessly persistent in maintaining relationships with his kids and extended family and friends, bellowing into the phone, ‘It’s your pops!’ or ‘It’s your old man!’ or ‘It’s John!” At work, he never left a voicemail message that didn’t end with, ‘Make it a great one!’ or send an email without “Carpe Diem!” at the bottom.

He was a passionate gardener, a talent he inherited from his parents, Don and Kathleen, and passed onto his children. He and Maureen hosted an annual “Wisteria Fest” each spring in their Albemarle Ave. garden where John showed off his lovingly tended blooms to neighbours and friends. He loved bold colours and had a keen appreciation for everything from modern art and architecture to flowers and fashion. John was a metrosexual long before the term was coined. When most fathers donned loafers, John wore clogs, flared jeans and carried a ‘man purse.’ Later in life, he not only wore pink, but also red pants, silk shirts and brightly patterned sweaters.

John’s finals days took him to Vancouver for a high school reunion where he joined brothers Donald and Paul for a road trip from B.C. to Washington State visiting nieces and cousins. On the last day of summer, near the end of their trip, the brothers stopped for ice cream — John’s favourite food. John died peacefully in the car with his brothers at his side.

The clog wearing, cool dude, version of John in the 70’s. While most of the other dad’s in suburban Lorne Park, Mississauga, dressed like they were still in the 70’s John was keeping pace with the coolest Europeans and New Yorkers.

John with his gang! Mark in front center, Michael facing right, Megan facing left, and Andrea as a baby.

John enjoying his garden on Albemarle Street in Riverdale.

A younger more serious John on his way to work at Eaton’s in the early 70’s.

Celebrating Christmas in Lorne Park in the 70’s ath their very “Brady Bunch” styled home. Christmas was always a big deal back then and was loaded with all sorts of traditions that both John and the rest of the family reveled in.

John, on the beach in the Carribean, during a week-long 80th birthday celebration with his children and grandchildren.
Photo by Michael Williams

John, with his father Don Williams and his two brother Don, and Paul. 1980’s.

John with his son Michael and grandson Max during their last visit to the Muskoka’s together. July 27th, 2019.

John loved his summer refuge in the Muskoka’s playing host to his children and beloved grandchildren.

John with his grandson Max; they shared a very similar “prankster” sense of humor and delighted in each other’s company. 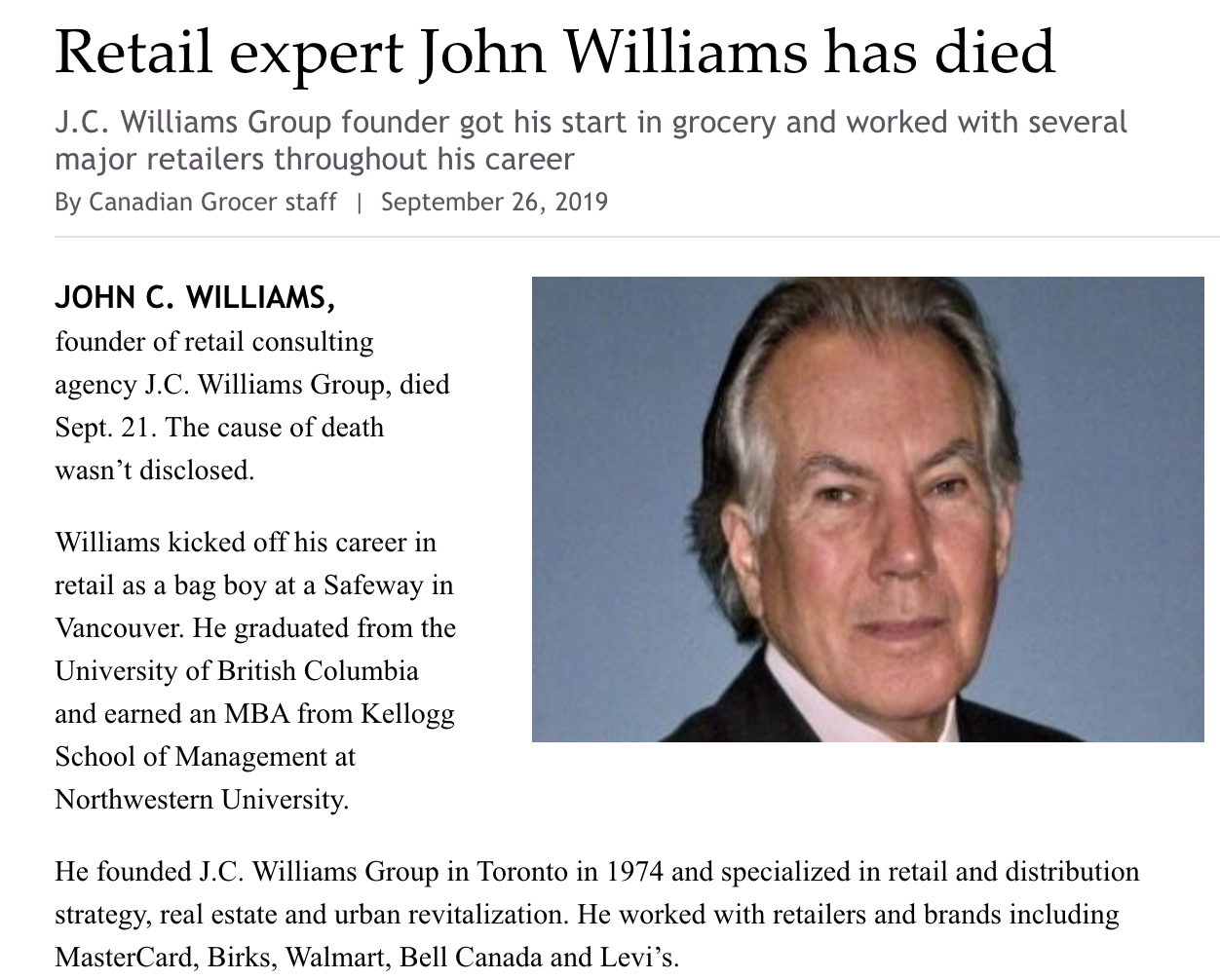