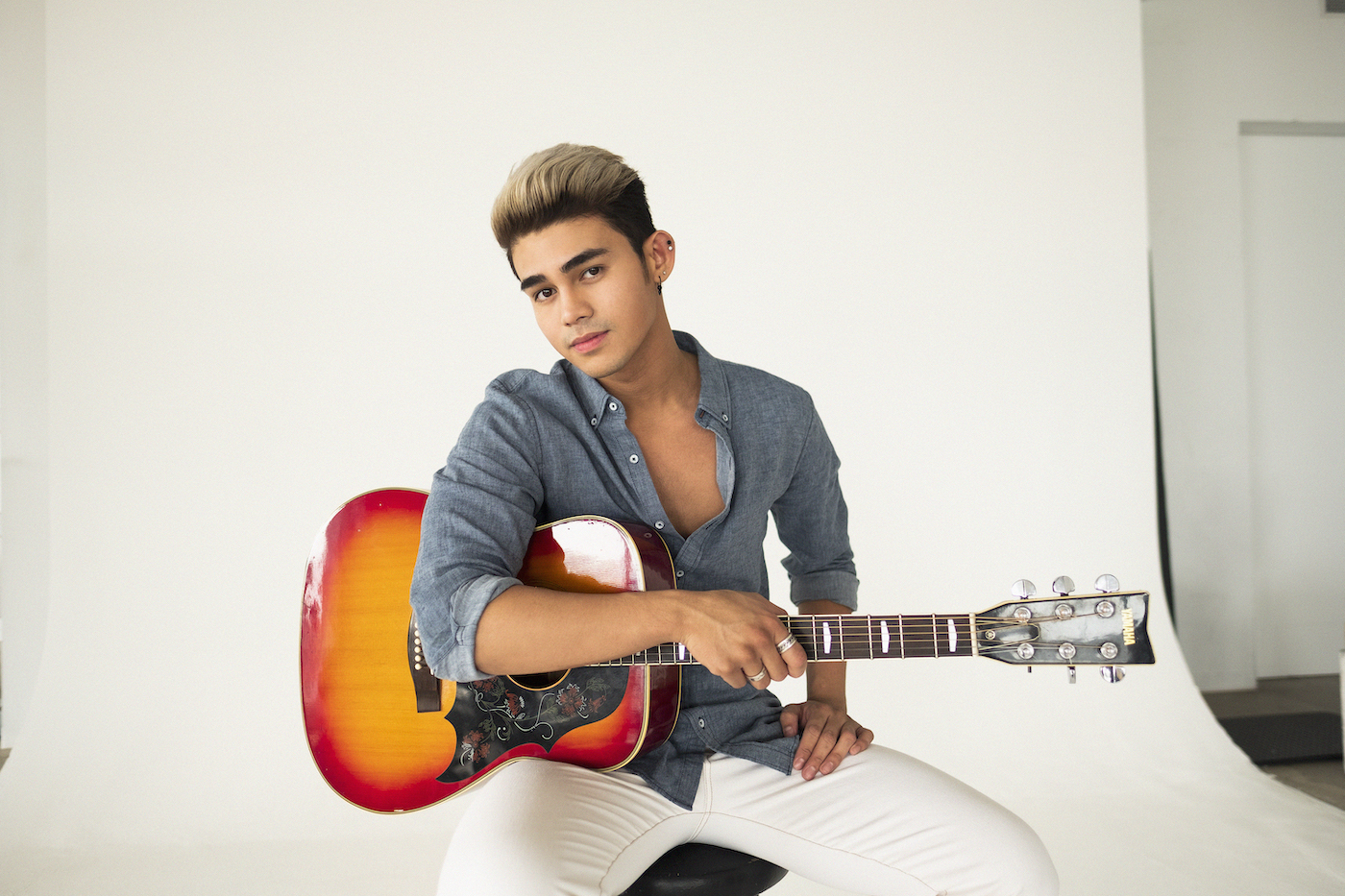 Imagista talks with the singer sonwriting sensation Inigo Pascual about his two new singles and what inspires him. Inigo’s new single “Catching Feelings” comes out today!

Imagista: Your new single “Catching Feelings” out today is a summery island pop track, can you tell us more about it ?

Inigo Pascual: I would describe this song to be just really fun. The song is pretty catchy, it has a happy vibe. But if you talk about the lyrics it just shows vulnerability, and how a person acknowledges that they’re catching feelings for somebody, and I feel like a lot of people aren’t able to express that sometimes. I wanted to write a song that could do that for them. The theme also matches the concept of the whole album. There’s a lot of moments in life where we have options but we could be hesitant to decide among our choices, and sometimes we tend to choose the wrong thing for us at the wrong time, without even knowing that it might turn out to be something more beautiful than what we expected.

Imagista: Your new single “Options” (Listen to here) came out last month, Can you tell us if it’s about an imagined person or someone that was or in your life? (Not asking you to name names though!)

Inigo Pascual: The song was made from scratch within 24 hours of recording another song on my LP, Neverland. We wanted to create a more upbeat, summer anthem and together with producer Harv and songwriter Felisha we came up with Options. Originally the lyrics were “I HAVE Options” and I thought – why would a girl want to hear that you have options, so we changed it to “I HAD Options.” They asked me what I was currently going through and what I was feeling at that moment. The song isn’t about a specific person but it was about that particular moment of meeting that special someone that makes you stop thinking about the rest. The lyrics say “the day my eyes told me all I wanted was you,” and I think everyone has felt feelings like that, at least once in their lives.

Imagista: Your dad is an actor right? How has he influenced you as a creative person?

Inigo Pascual: Growing up I watched my father’s success on television/film and in music. I remember standing on the stage when he performed in New Jersey, that I had the vision and inspiration to what I wanted to do with my life and wanting to be on stage as well, performing my original music. At first, he didn’t want me to pursue a career in entertainment, knowing the challenges that come with being in the business including lack of privacy, but now he is my biggest supporter. Until this day, both of my parents have inspired and been there to support me to following my passions.

Imagista: Who else, besides your dad has influenced and inspired you in your career?

Inigo Pascual: I’m constantly inspired – growing up I listened to all kinds of music and artists that inspired me. I am Filipino, and music is naturally apart of our culture whether it be at family events doing karaoke or in the car, we are constantly listening & singing to music. Growing up I would listen to different styles and genres of artists ranging from OPM, with artists like Gary V. in the Philippines, to R&B artists like Chris Brown. Now the new artists that aren’t afraid to take risks, create the music that they want to create, and constantly push the envelope, are inspirations to me, artists like Billie Eilish, Khalid, and Ruel.

Imagista: Where would you like to see yourself and career two-three years from now? What do you dream of achieving as an artist?

Inigo Pascual: My ultimate dream as an artist is to bring Tagalog to the Grammys and perform at a big music festival like Coachella. I always encourage people, especially the youth, to embrace their culture and their language, I speak both Tagalog and English, having lived in both the United States and the Philippines growing up. In 2-3 years, I will continue to help be an ambassador for our OPM music rise to the global stage, while also creating music that speaks to people across the world, no matter what language they speak. Music is universal, and in the same way that K-Pop and Latin/Spanish artists have been able to crossover and break barriers to make it easier for other ethnicities to break, I would like to travel the world with my music, and collaborate with as many artists as possible, in different countries bringing people together.