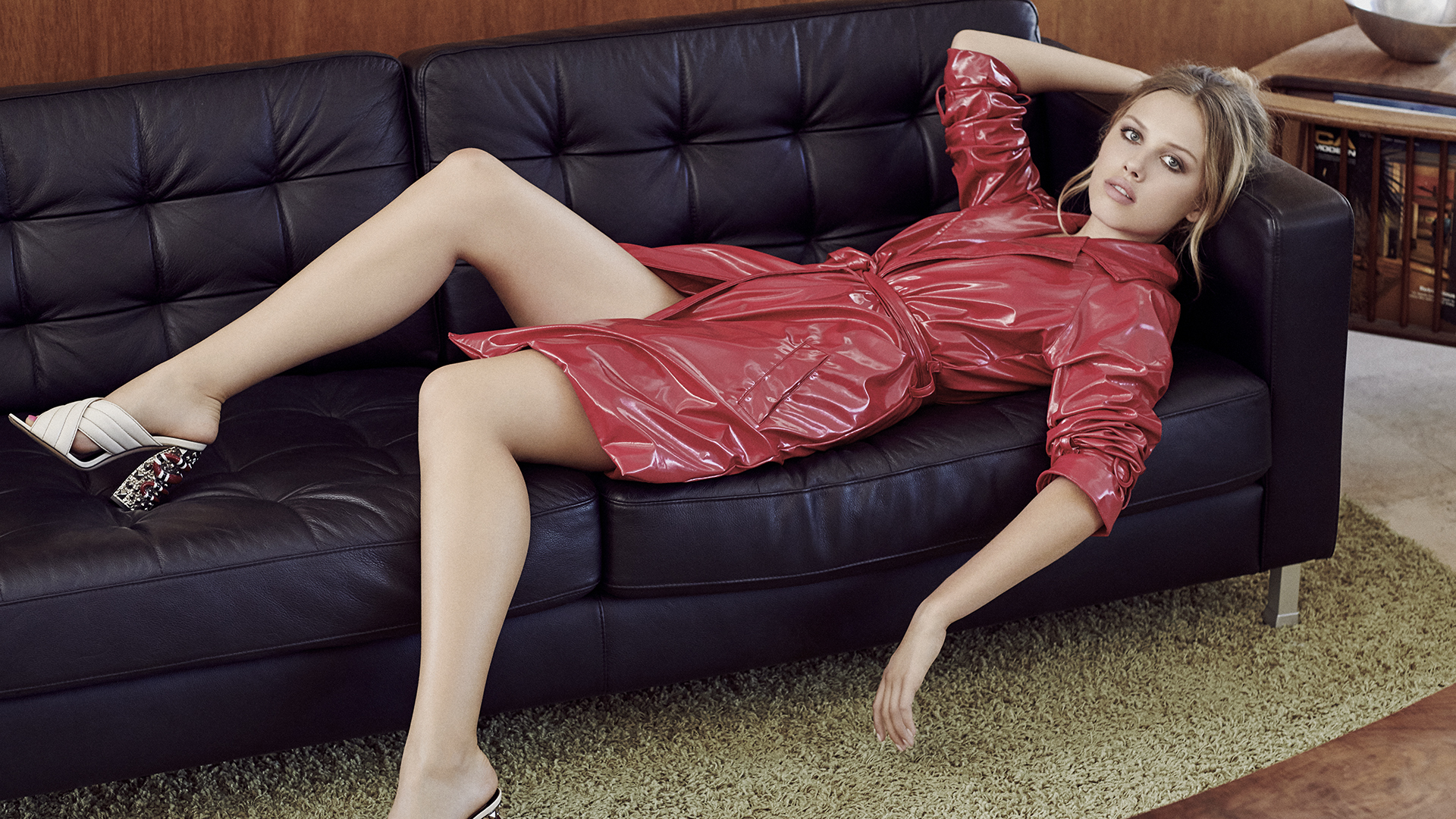 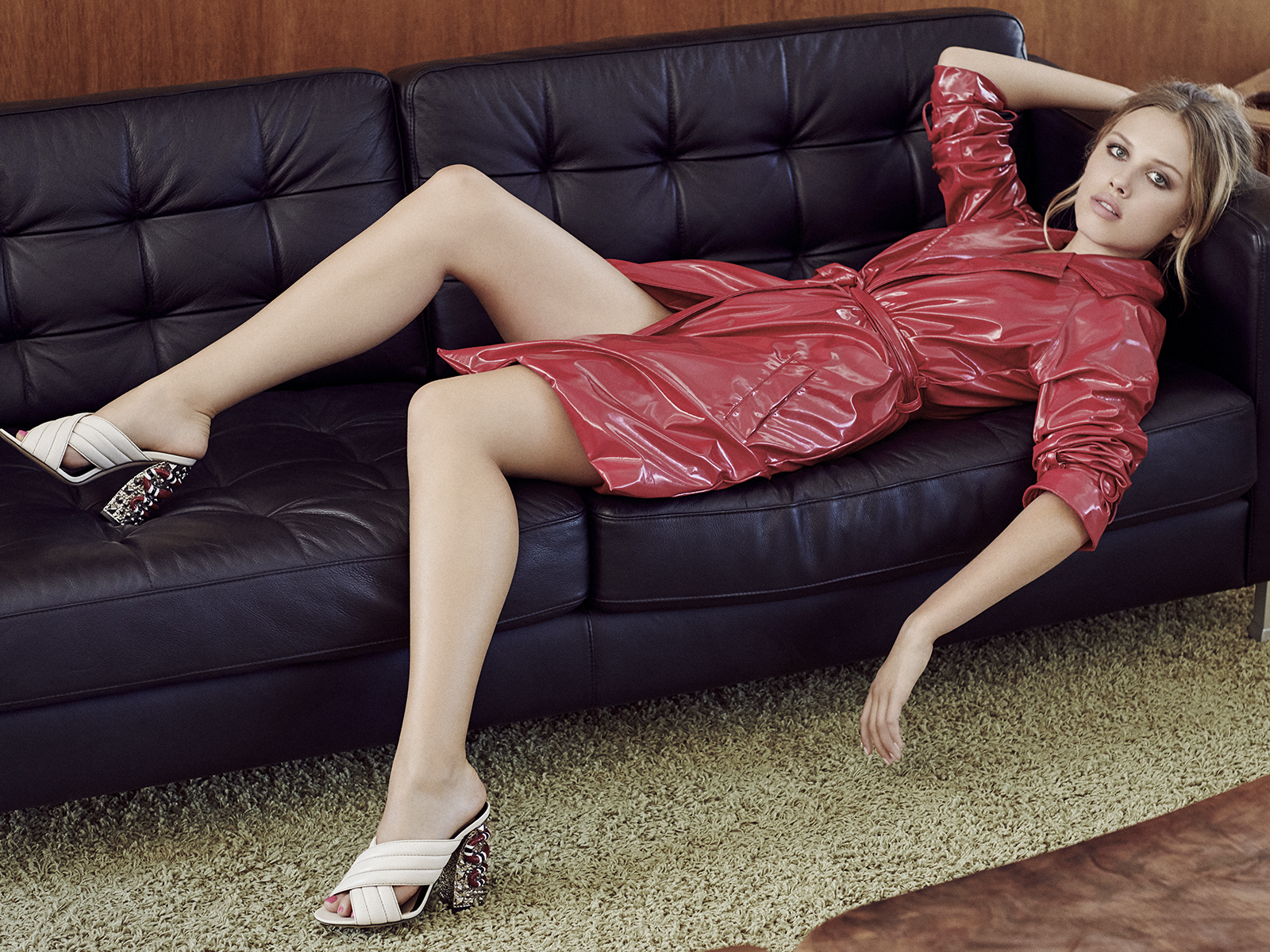 GRACIE DZIENNY
“As a strong woman dealing with her sexuality the character was definitely more of a stretch but I learned a lot.”

STORY AND INTERVIEW BY: AISLING O’OLEARY

Born to a photographer mom, Gracie Dzienny was never one to shy away from the camera. Following her mother around on photo shoots, it was inevitable that she would enter some modeling photo contests, winning one at five years of age sponsored by L’Oreal. Primarily modeling during the summers, it was during her freshman year of high school when she was recording and sending audition tapes that she managed to book the Nickelodeon show Supah Ninjas, an action-comedy series that ran for two seasons. She couldn’t have asked for a more positive start to her acting career – she is still close with the cast today and the rigorous martial arts training means she knows how to pack a mean punch. Since then, Dzienny has worked on other TV series including Chasing Life, State of Affairs and, most recently, Zoo. With a strong background in TV series, this year proved an exciting change for Dzienny as she branched into the world of film. Imagista sits down with Dzienny to discuss her work in TV and her upcoming movie, Bumblebee.

Imagista: How did you get into acting?
Gracie Dzienny: I started modeling at a really young age. My mom is a photographer and I loved photo shoots as a kid so I would always follow her around on set. I took part in some modeling photo contests when I was young and from there pretty much modelled during the summers after convincing my dad to let me and my mom go to New York! That was when I was around 10 or 11. Then I managed to convince him to let us go out to LA for a little bit of time. For the first three weeks I was there I really thought I was just going to land a Disney TV show! Sadly, sometimes things aren’t that simple. The reality was that I pretty much just got a headshot and then had to return home to Ohio and go back to high school. That didn’t deter me from pursuing my dreams though – I would record and send audition tapes before high school started in the mornings. And my perseverance paid off! I actually booked the Nickelodeon show Supah Ninjas off of one of those tapes.

Imagista: Amazing! So when did you move to LA?
Gracie Dzienny: I moved to LA when I was fifteen with my mom. My dad was still living in Ohio at the time because of his job. As my siblings are older, they would come out and babysit me for one week out of the month so that my mom could go back home and be with my dad. Then my sister moved from New York to LA the following year. We became roommates which was both wonderful and disastrous, as you could imagine.

Imagista: How did you balance school with filming?
Gracie Dzienny: I did school online. I would do classes in twenty minute increments during filming and then I would procrastinate until the last month of school. Probably wasn’t the best plan of action in hindsight because then I would have to sit in my bedroom and cram an entire year of school in a week! It was hard because I didn’t get to have those experiences like going to my high school prom. Luckily I still had friends in Ohio so I could tag along with them. But, you know, it wasn’t the same because they weren’t my friends. I was sad to miss out on those milestones but at the same time I was going to the Teen Choice Awards and I was working on a TV show.

Imagista: How long were you working on Supah Ninjas?
Gracie Dzienny: I was working on Supah Ninjas for 3 years and then after that I started Chasing Life. I auditioned and thought I would only be on one episode but then got cast for the entire two seasons! Transitioning from Supah Ninjas to this was challenging but in a good way. As a strong woman dealing with her sexuality the character was definitely more of a stretch but I learned a lot.

Imagista: You must have been able to bring this to your character Clementine Lewis in your most recent TV series Zoo?
Gracie Dzienny: Absolutely. Clementine is sharp, passionate and strong-willed. She did what she wanted and got what she wanted. She was such a fun character to play! It was hilarious pretending to be pregnant – my parents were flipping out because it looked so realistic!

Imagista: You just finished shooting your first film, Bumblebee.
Gracie Dzienny: Yes, it was so much fun! I got to see so much of the West Coast because we filmed all over California and also got plenty of bonding time with the cast because we were all staying in hotels in the same area. When you’re filming TV series you’re doing roughly five pages a day which can be quite intense. Films are great because you do something like one page a day which is so relaxed in comparison! I even ended up working with Rachel Crow who I had worked with before on Nickelodeon. It’s such a small world.

Imagista: What are you working on right now?
Gracie Dzienny: Right now I’m just auditioning for different things. It’s been a year and a half since I’ve done auditions and I have to say I’m really enjoying it! I get to play different characters every day. I’m also working on decorating my new apartment. I’m obsessed with the restaurant Sketch in London so I painted it the same shade of pink and then I had my friends make drawings for me which I’ve hung all over the wall. I’m pretty impressed with the outcome!

Imagista: What would you like to work on?
Gracie Dzienny: I’m easy right now but I suppose I haven’t done a lot of comedy which shocks the people who know me because I’m a pretty goofy person.

Imagista: Regarding next projects do you think you want to do another TV show or film?
Gracie Dzienny: I’d be excited to do another film. I love that you get to immerse yourself in just one script for a longer period of time.

Imagista: Is there anything else you would like the Imagista audience to know?
Gracie Dzienny: Thanks for the shoot, it was my Barbie dream come true!