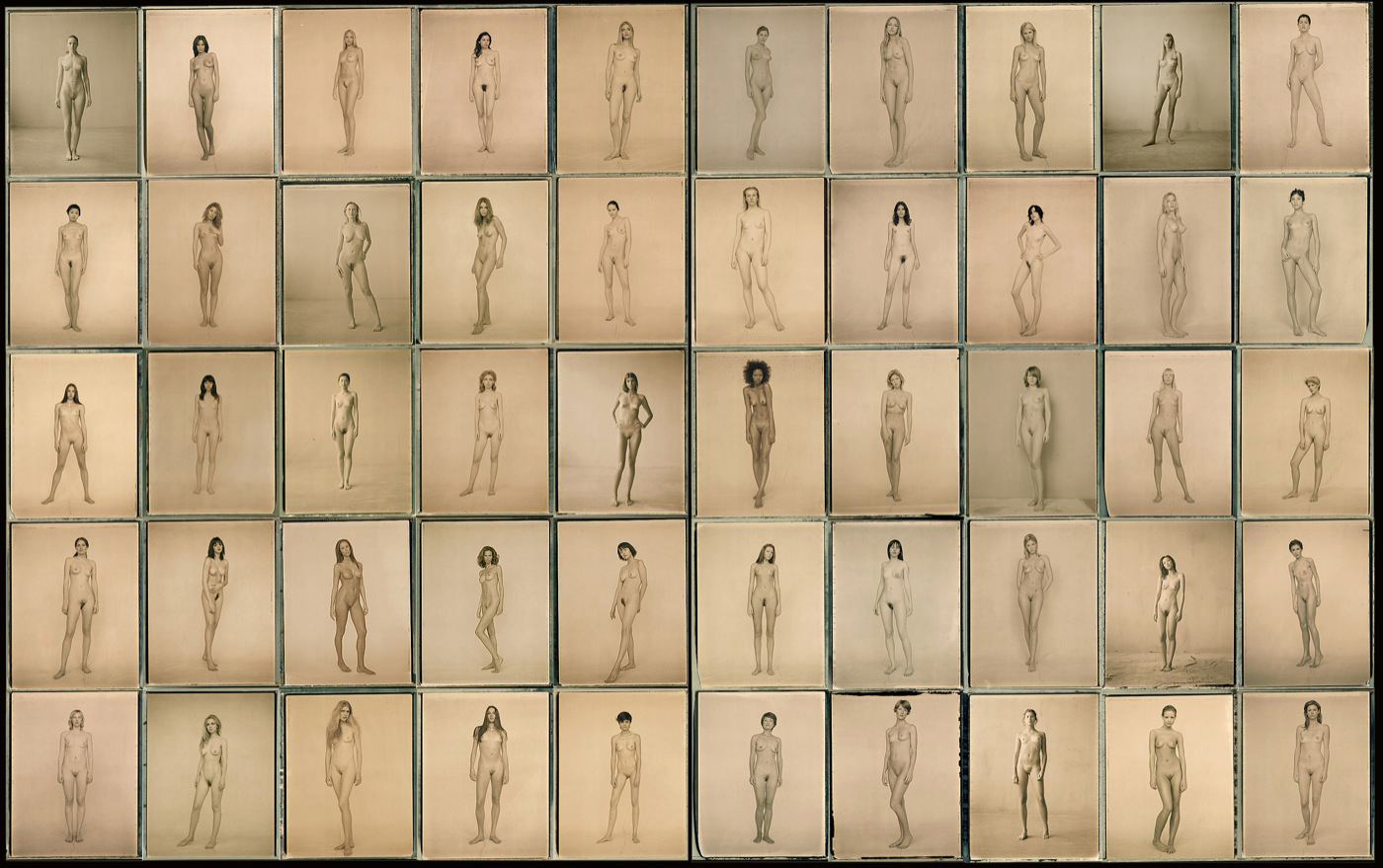 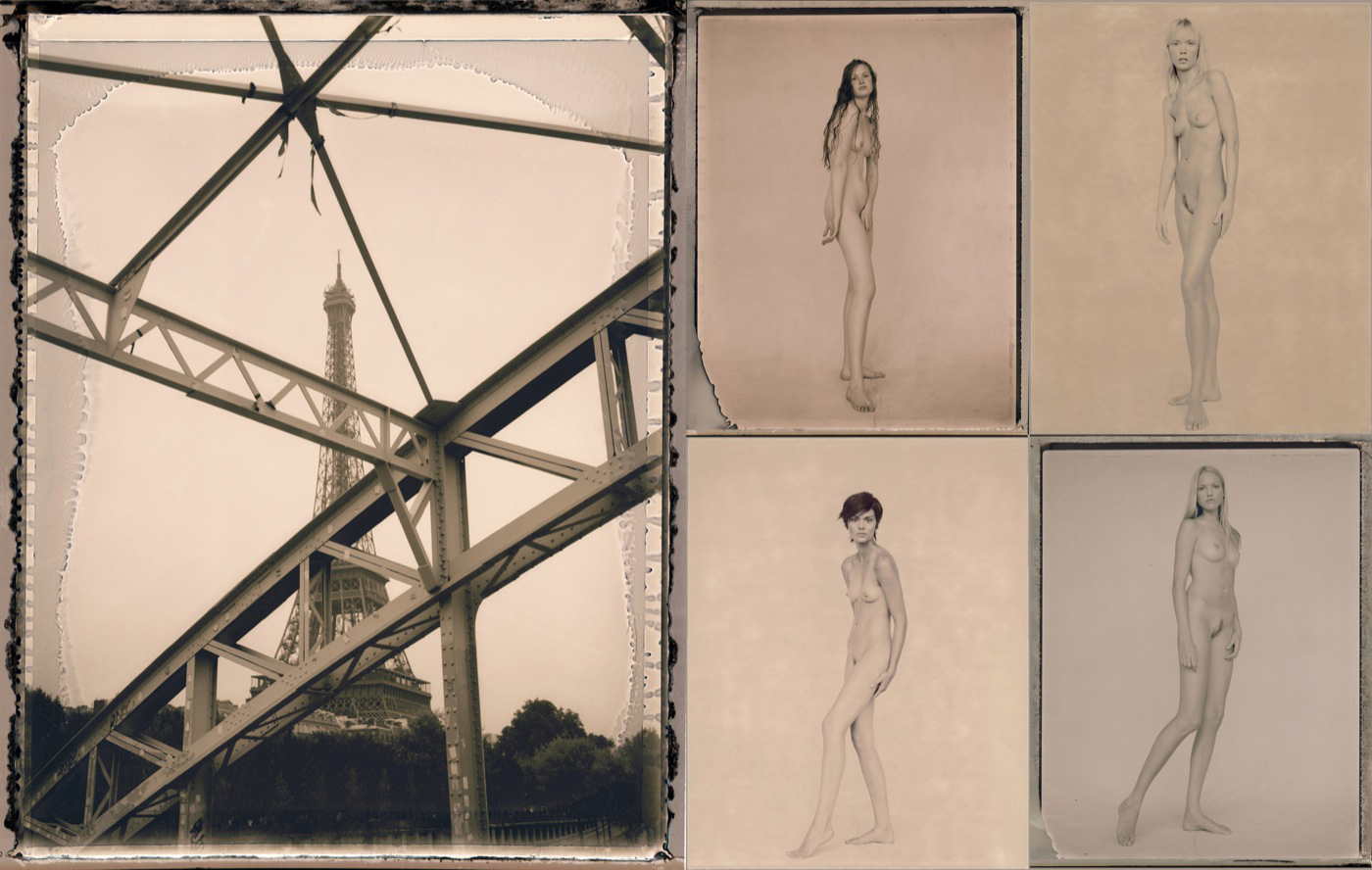 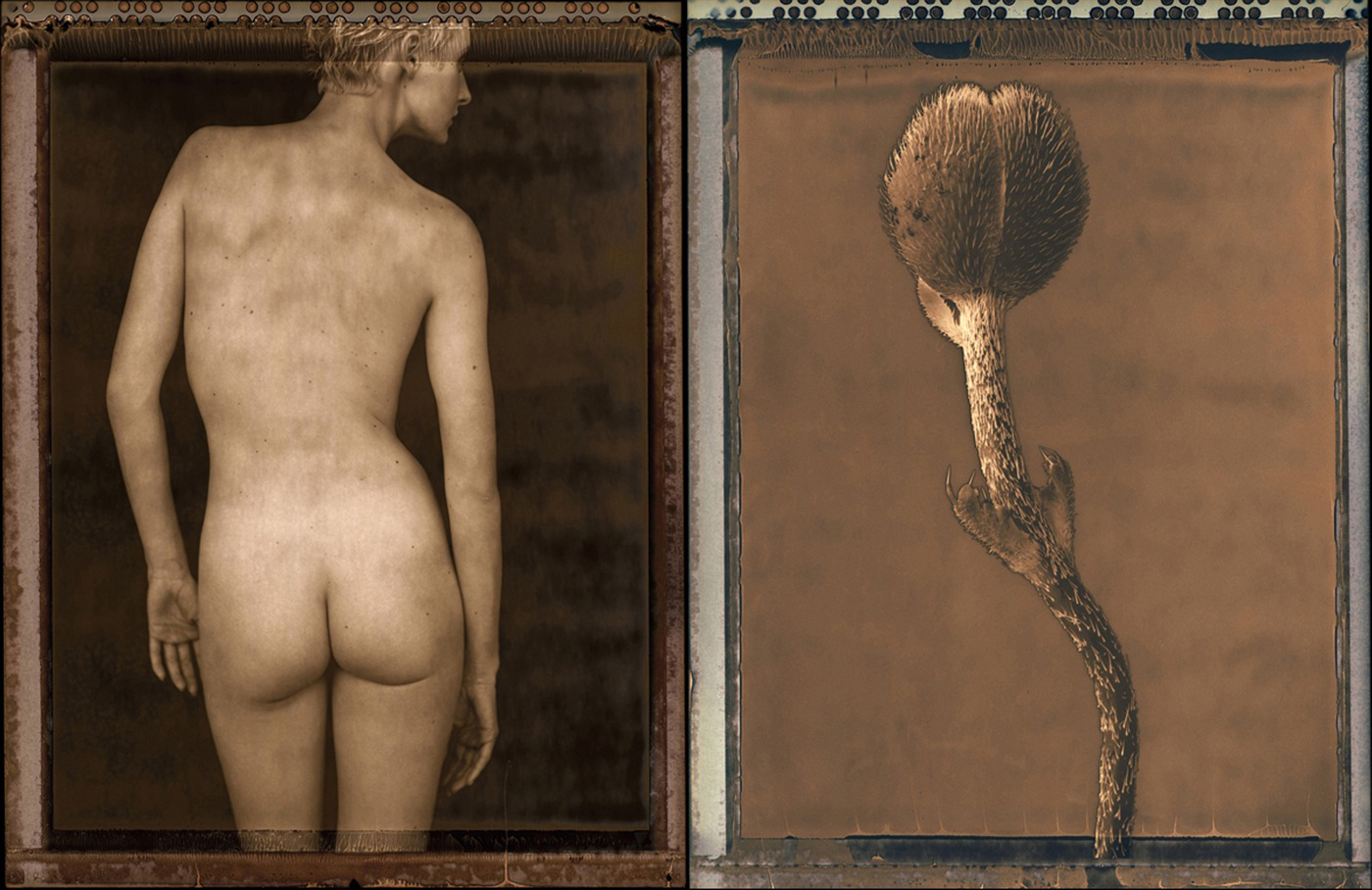 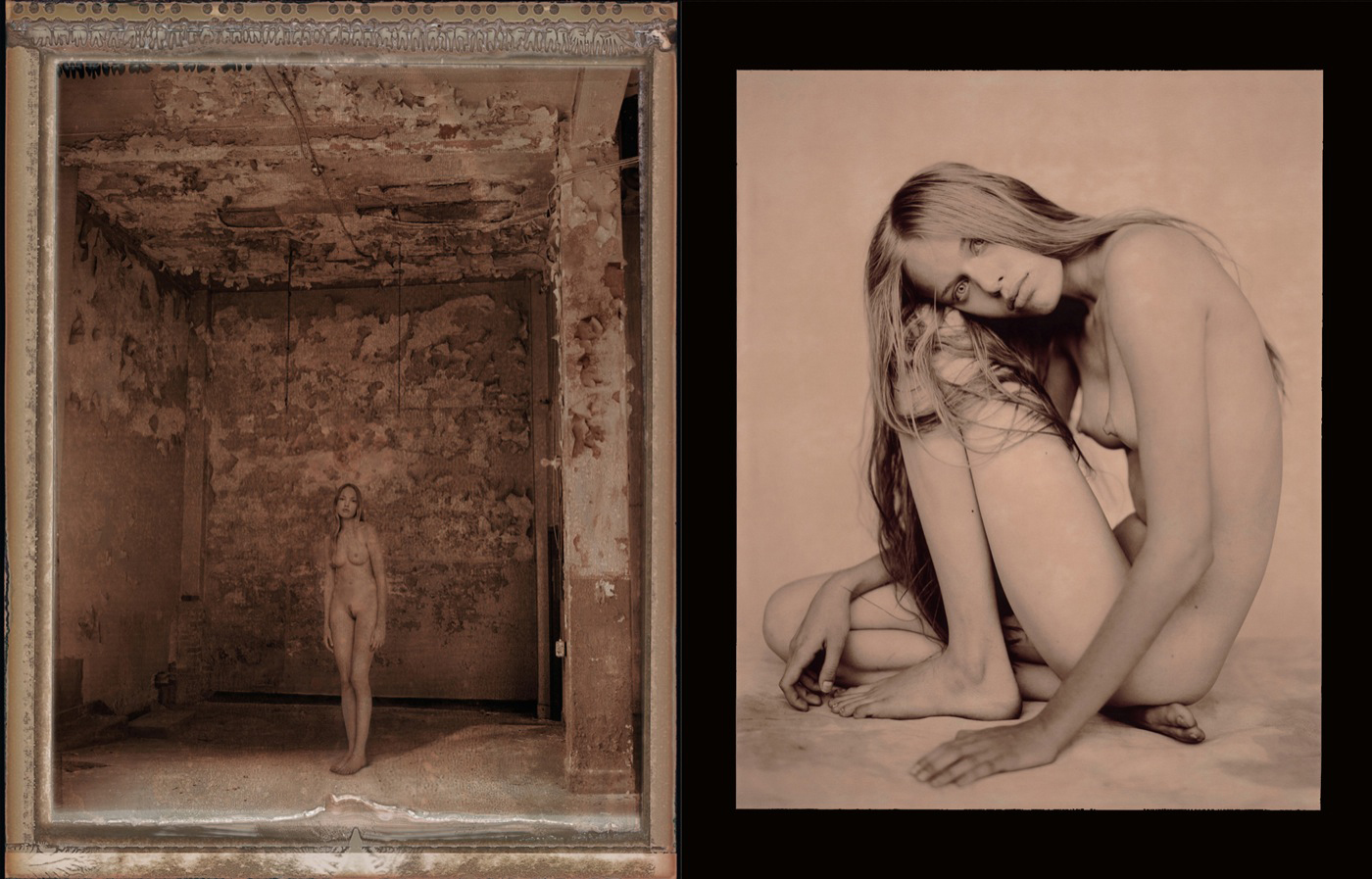 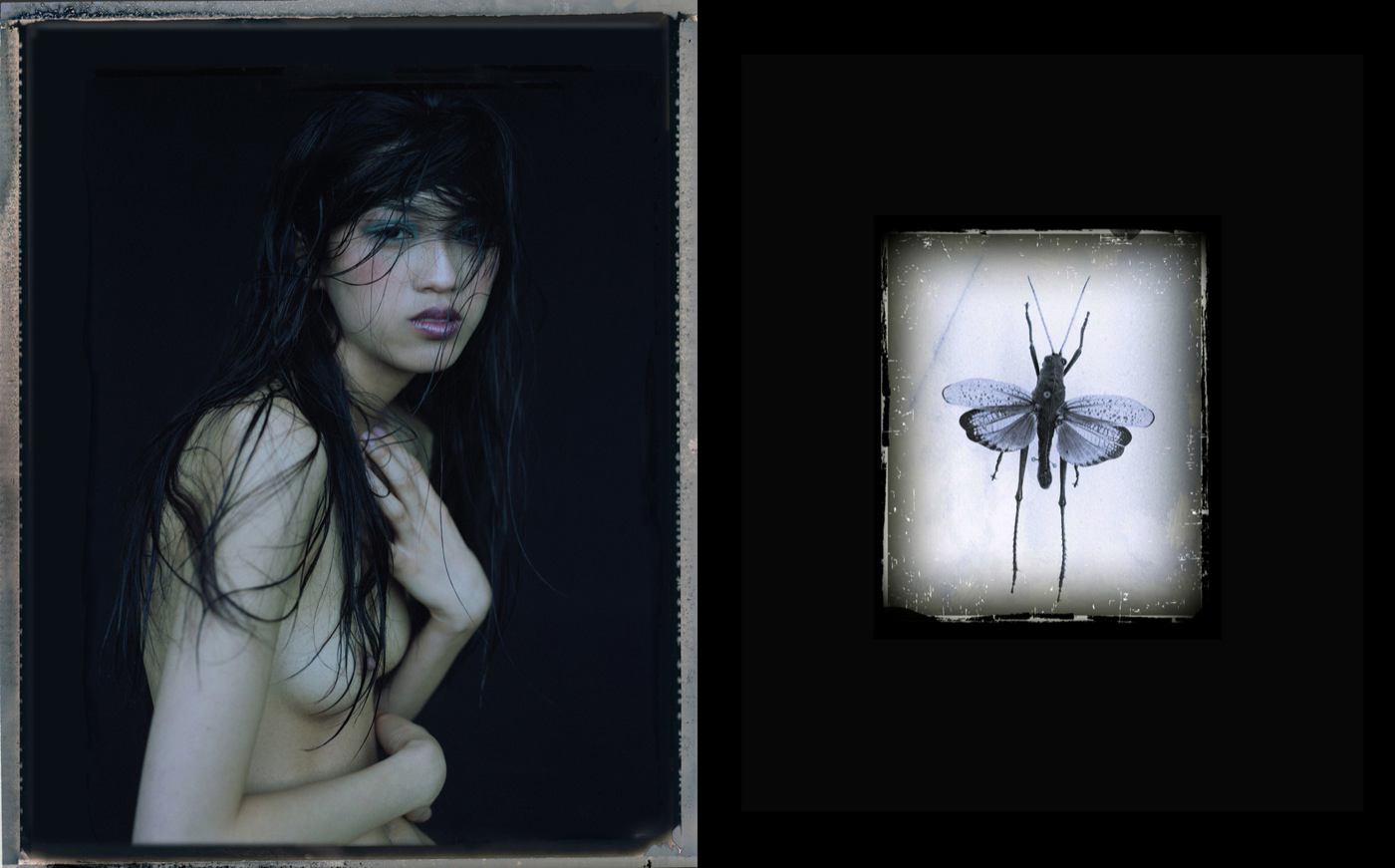 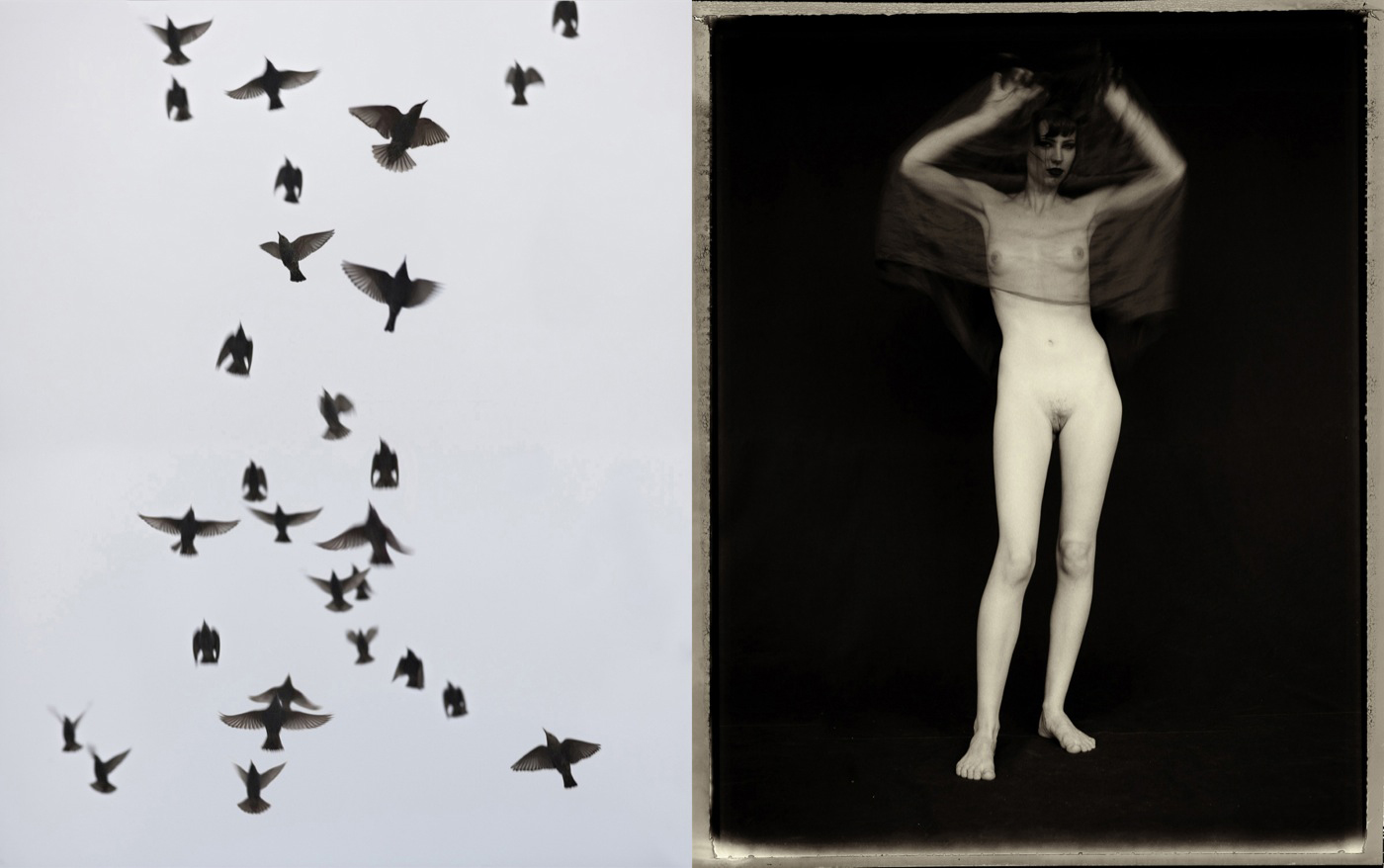 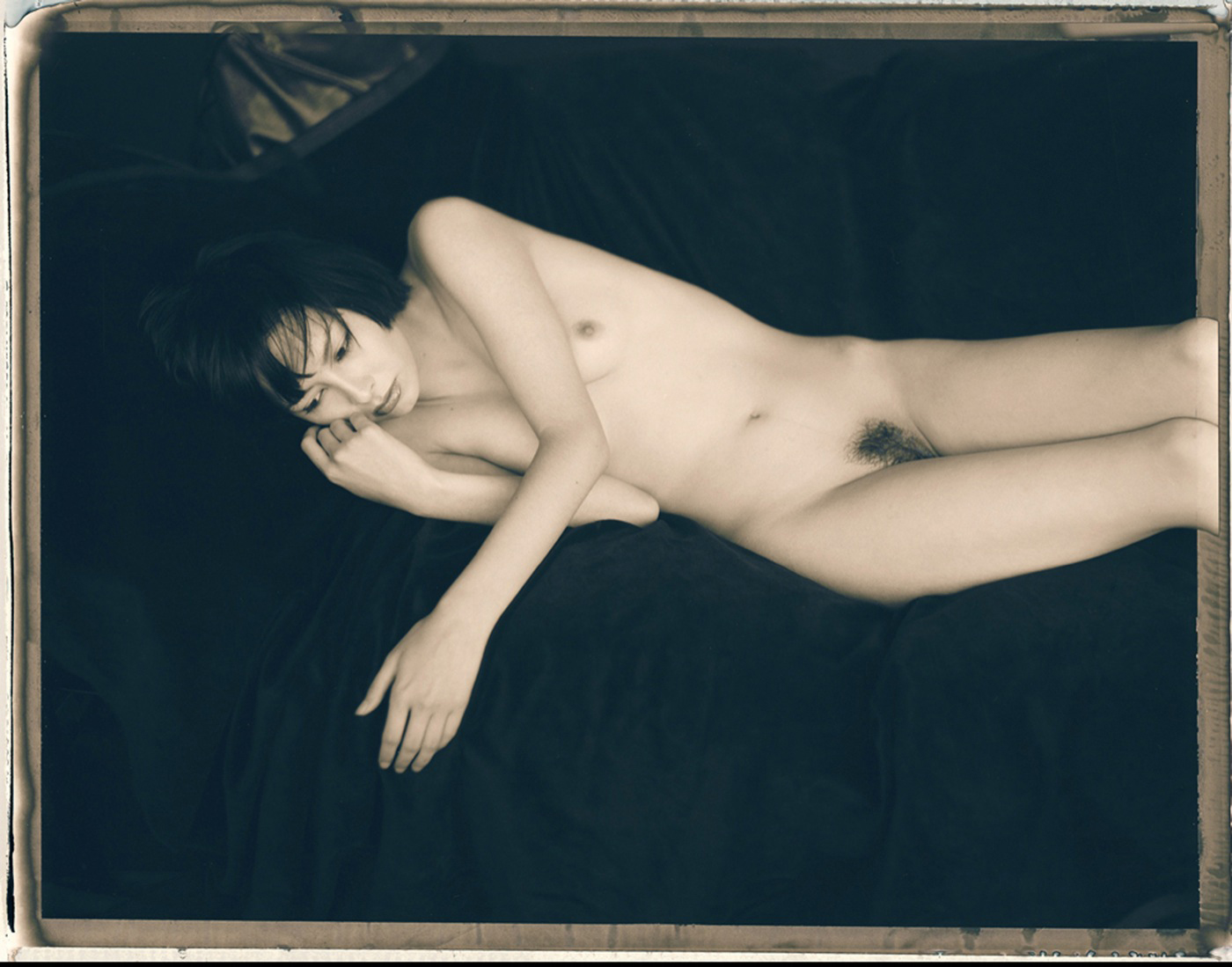 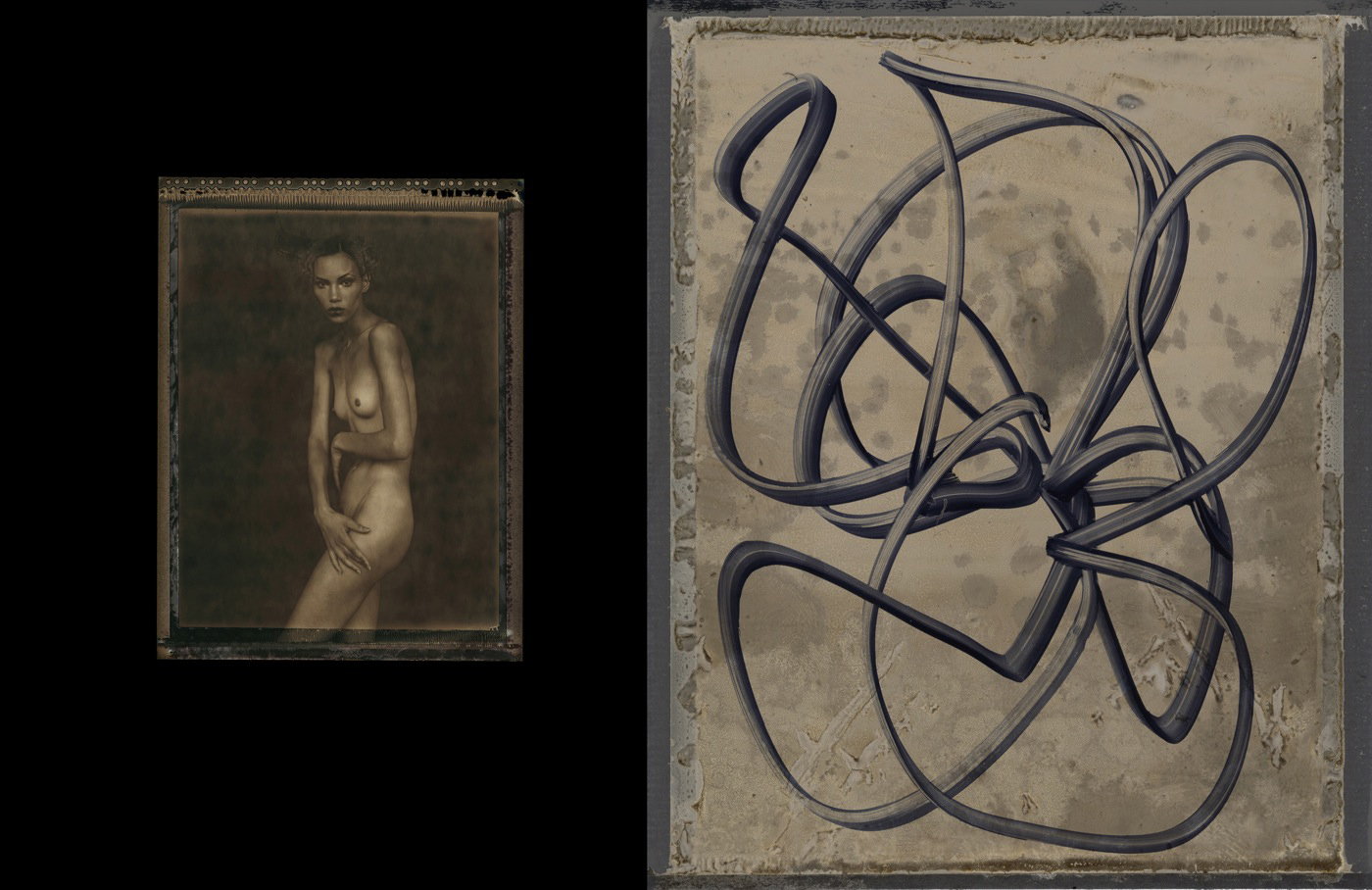 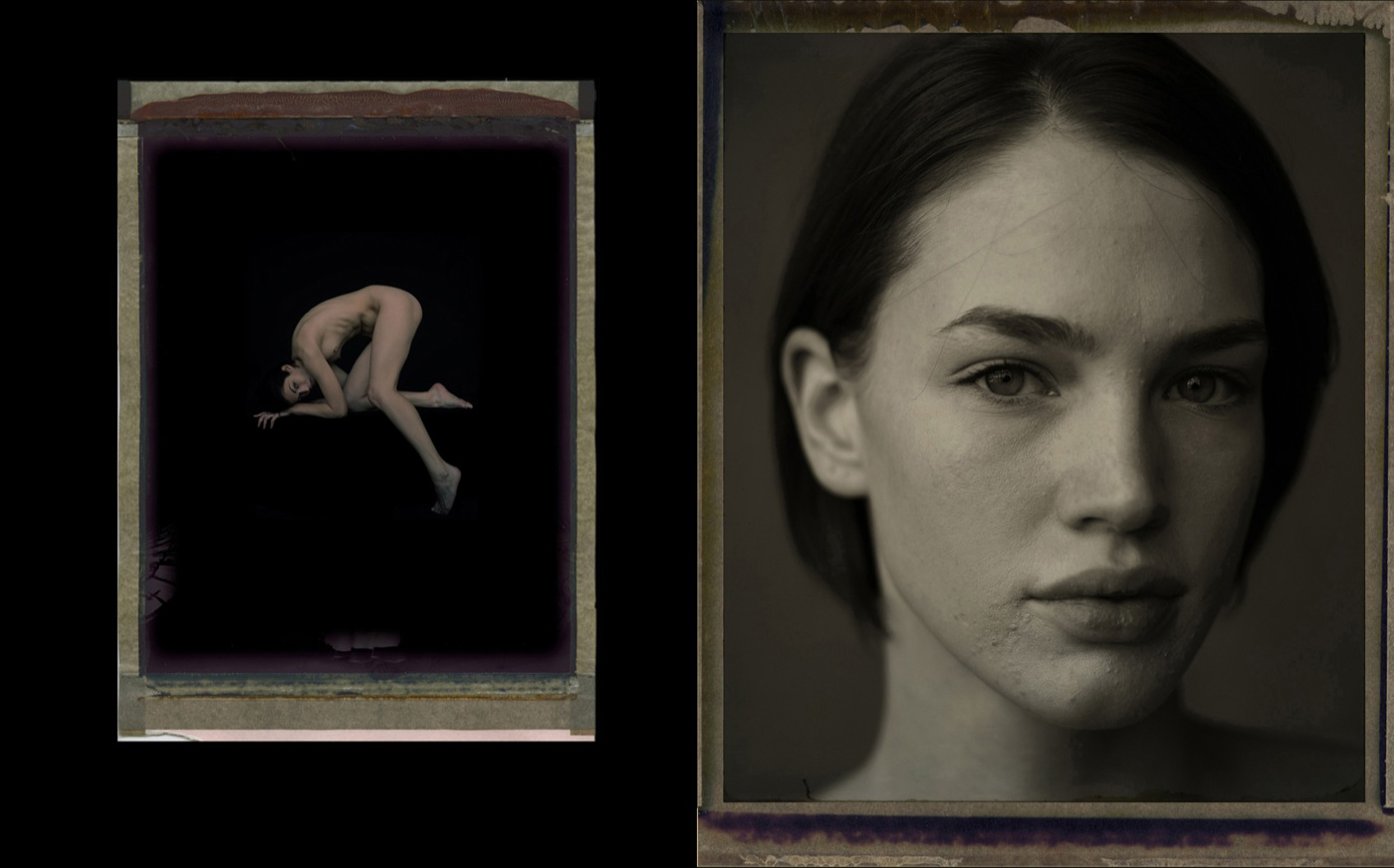 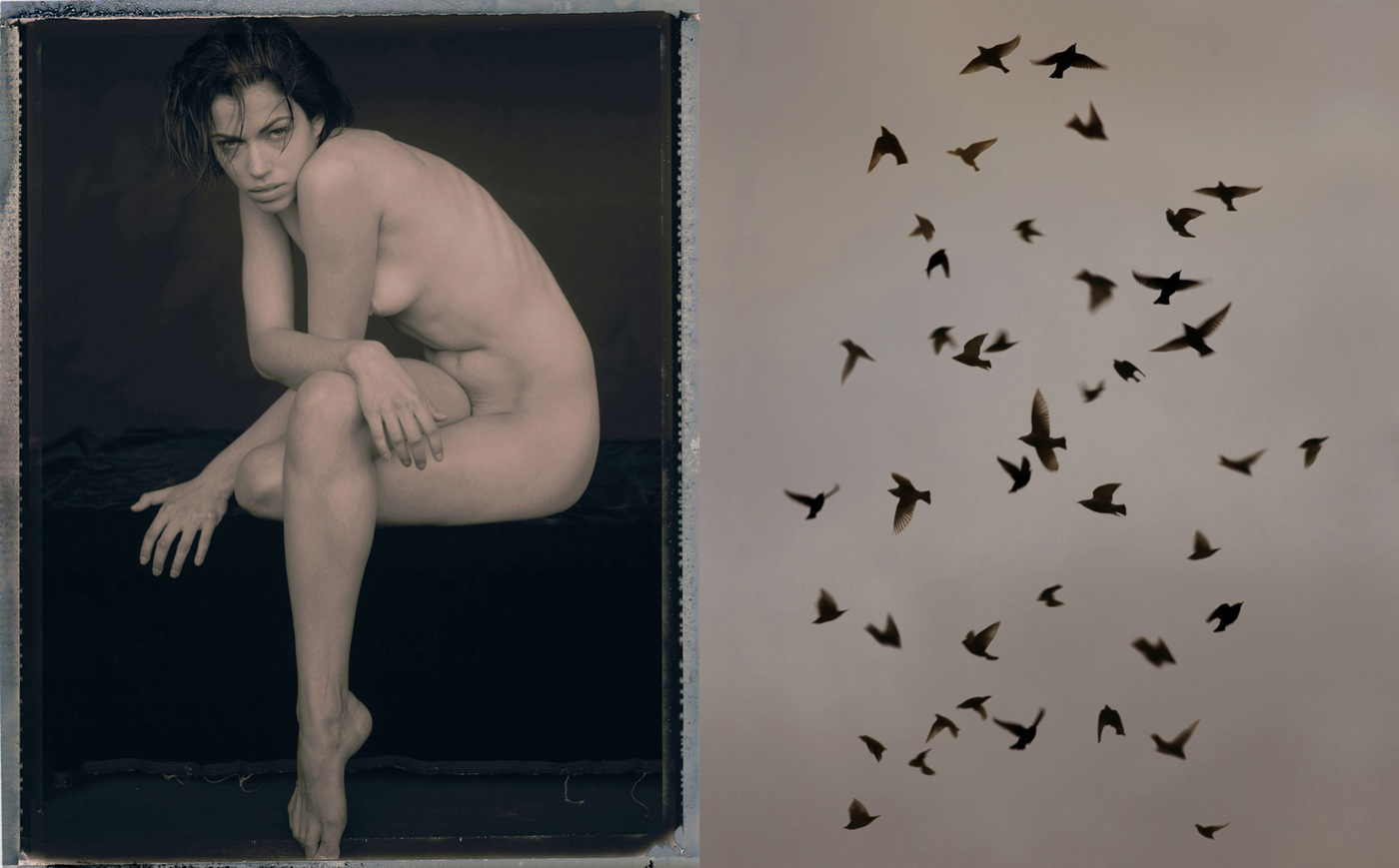 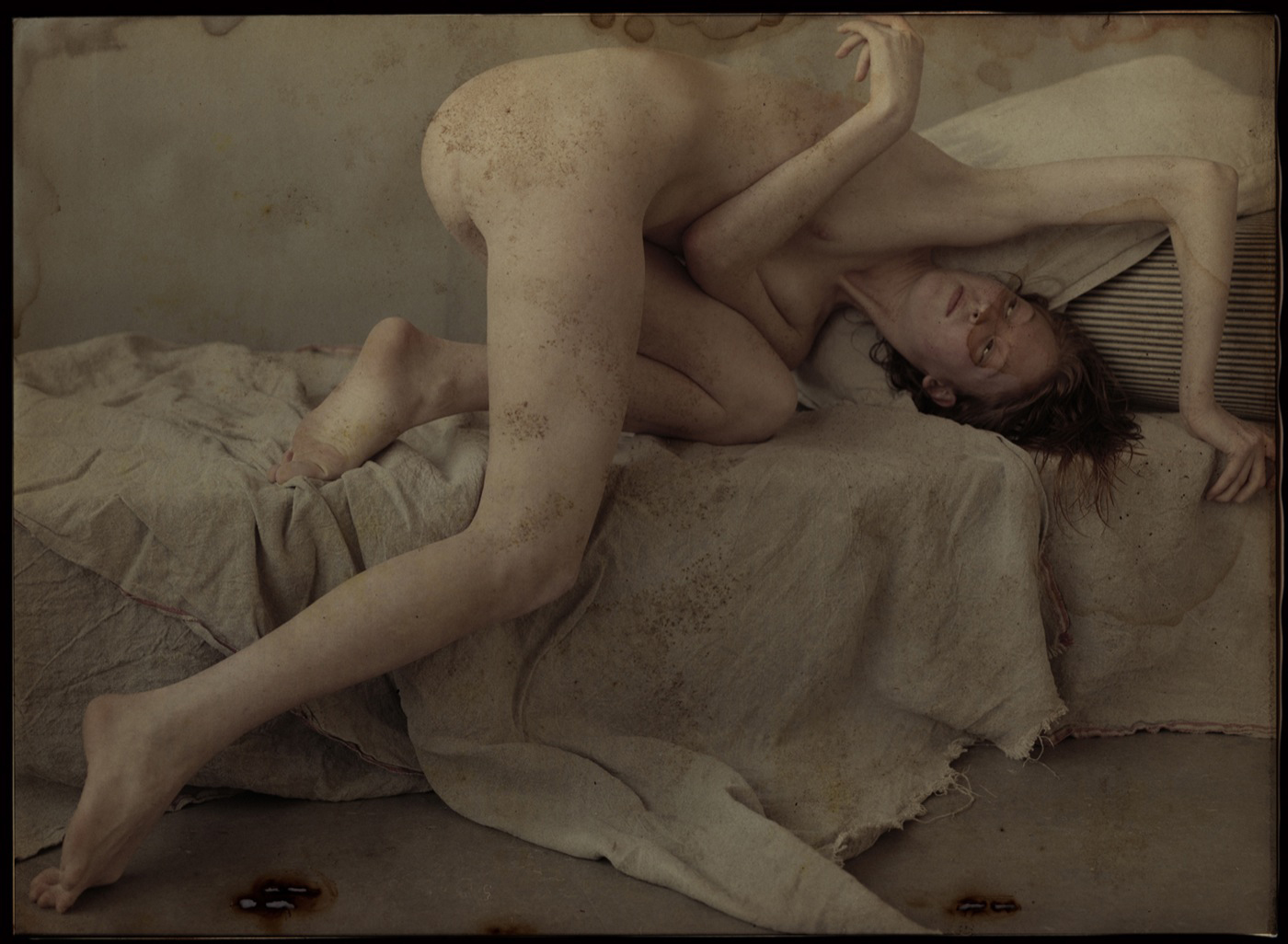 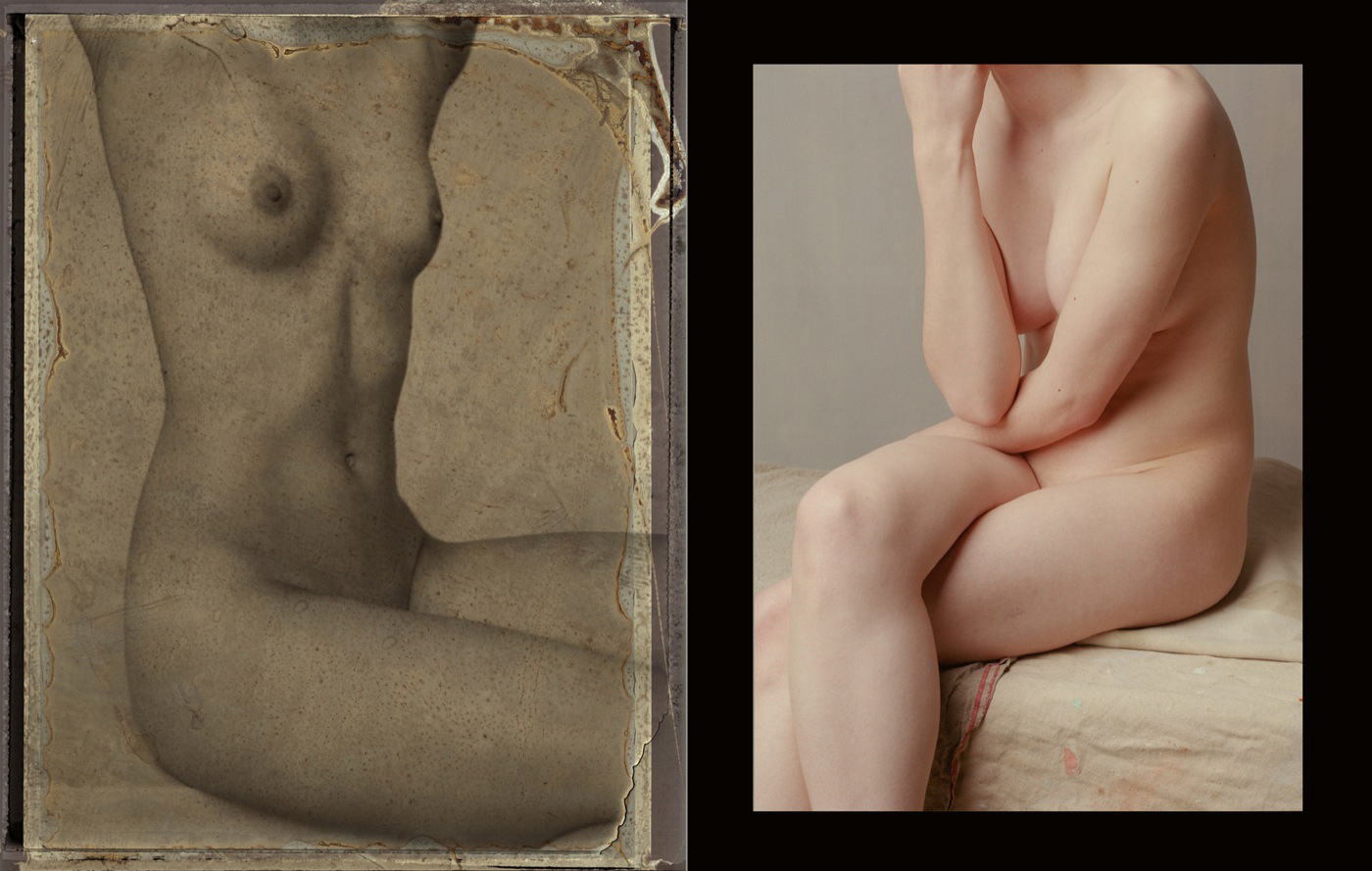 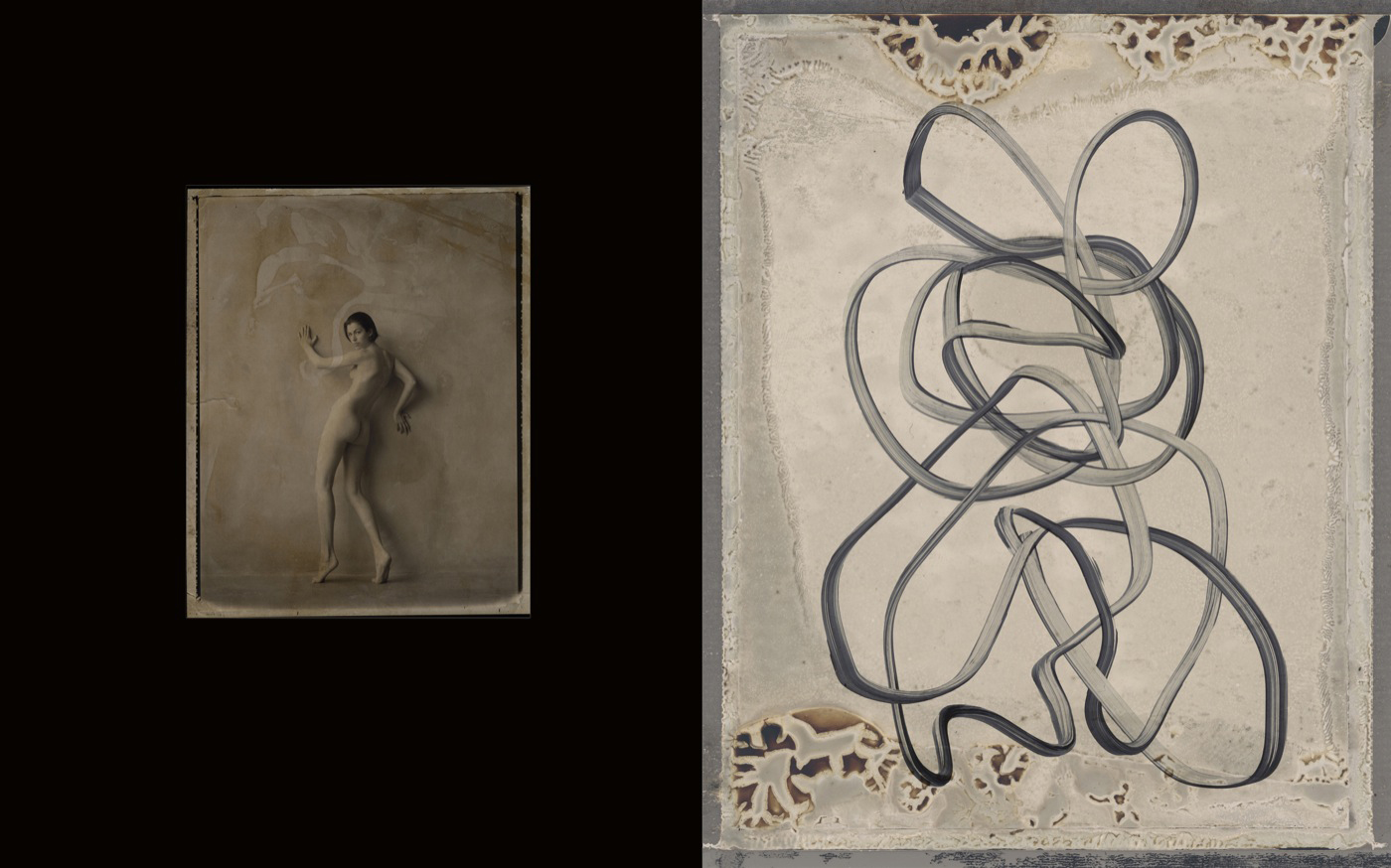 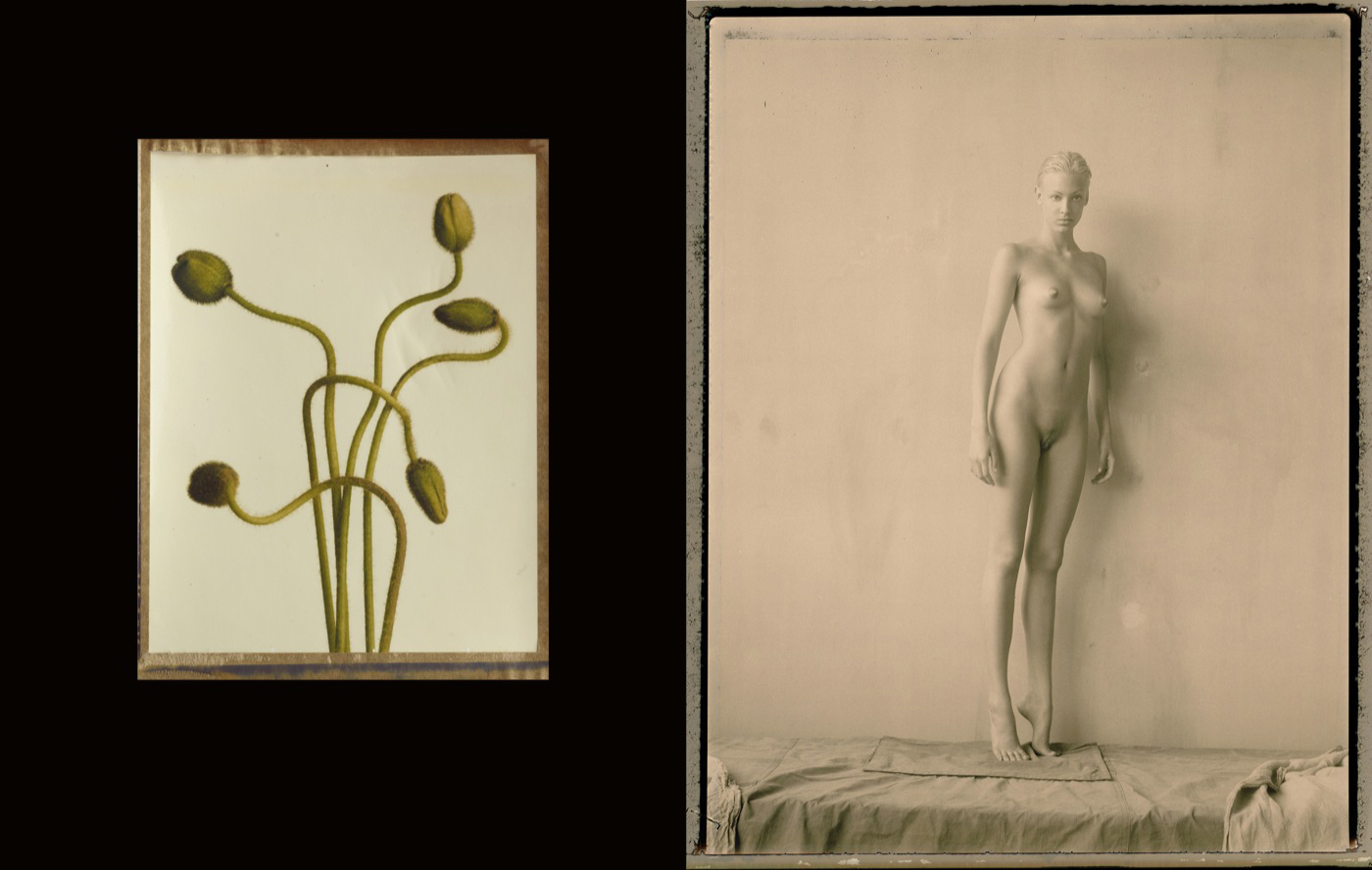 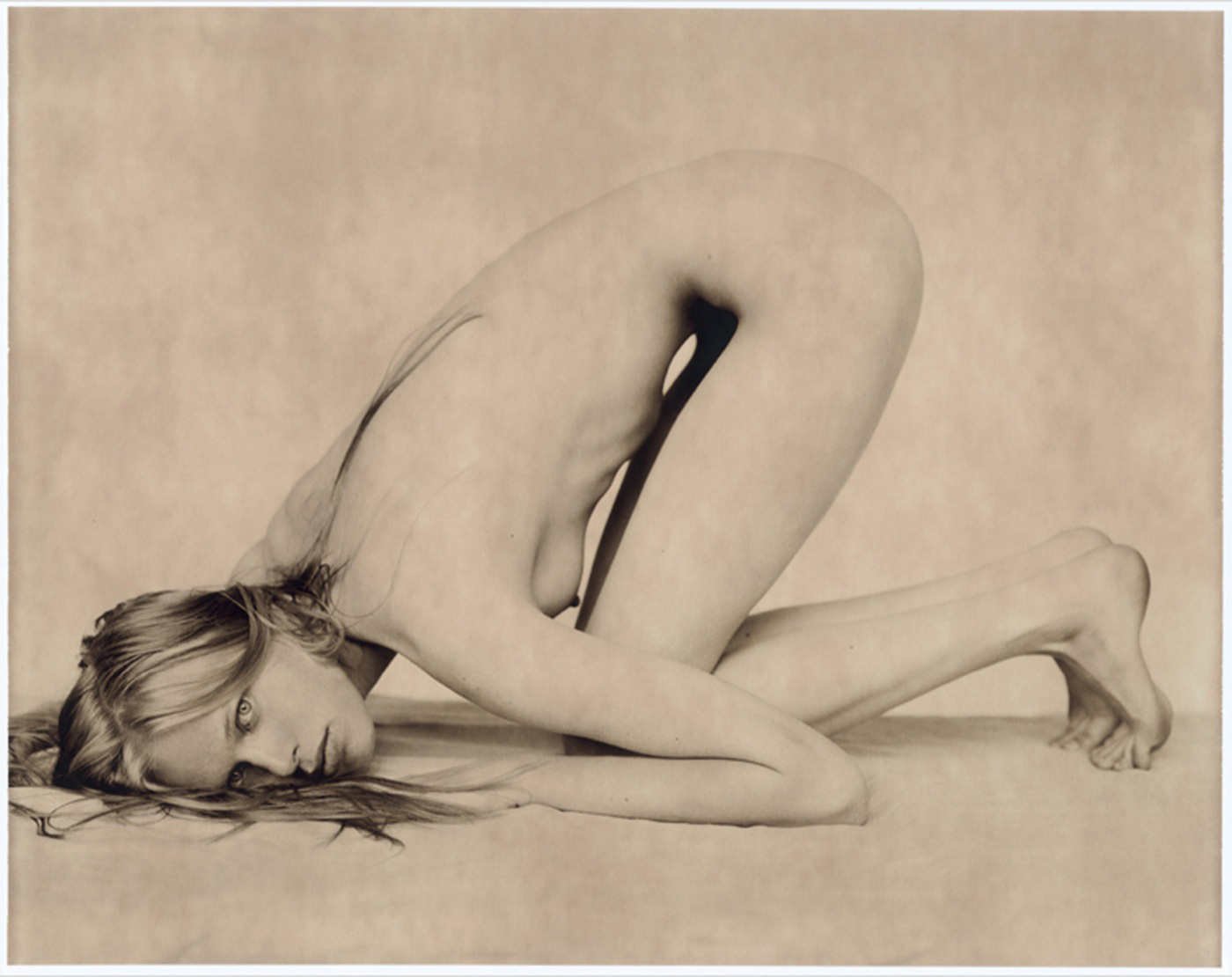 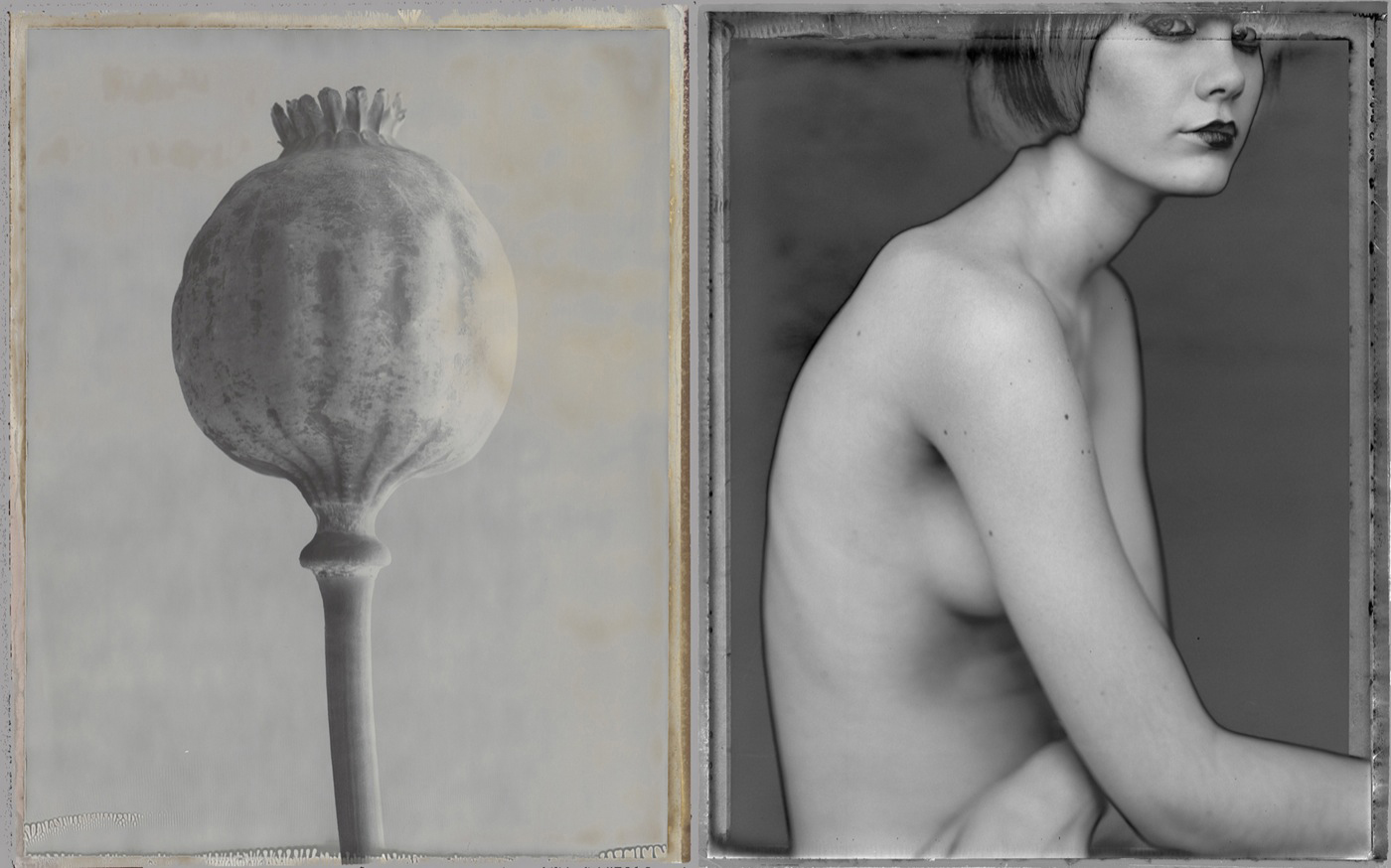 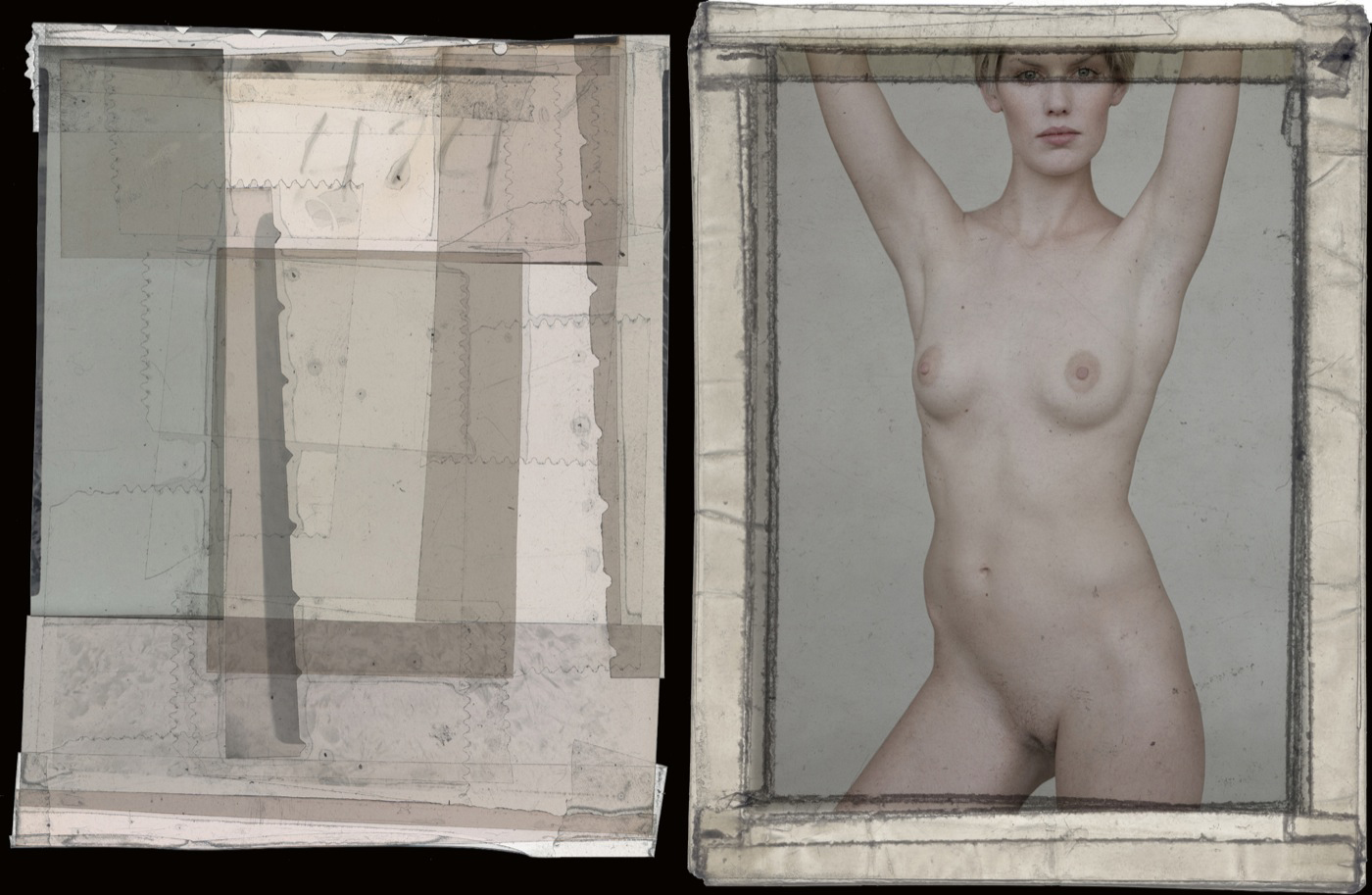 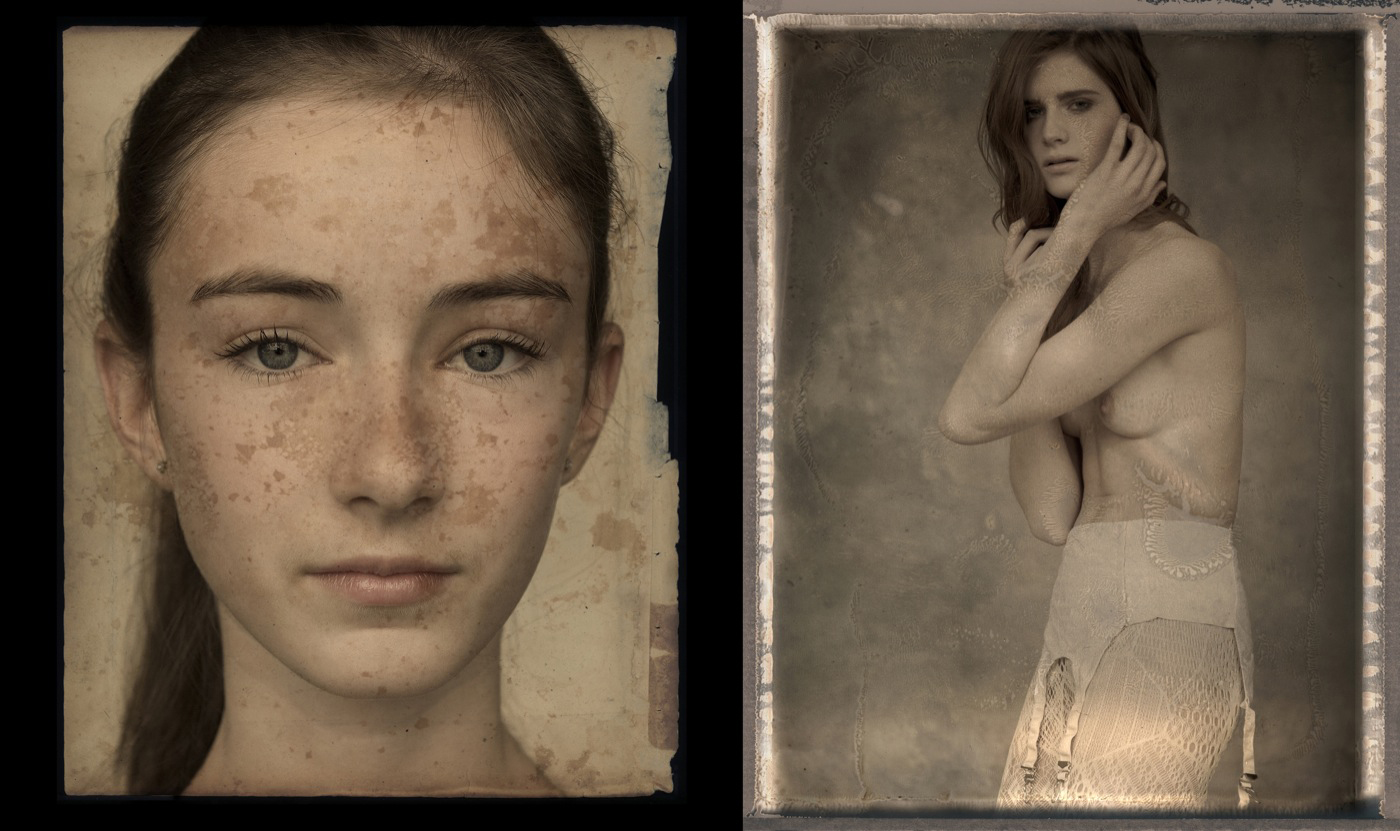 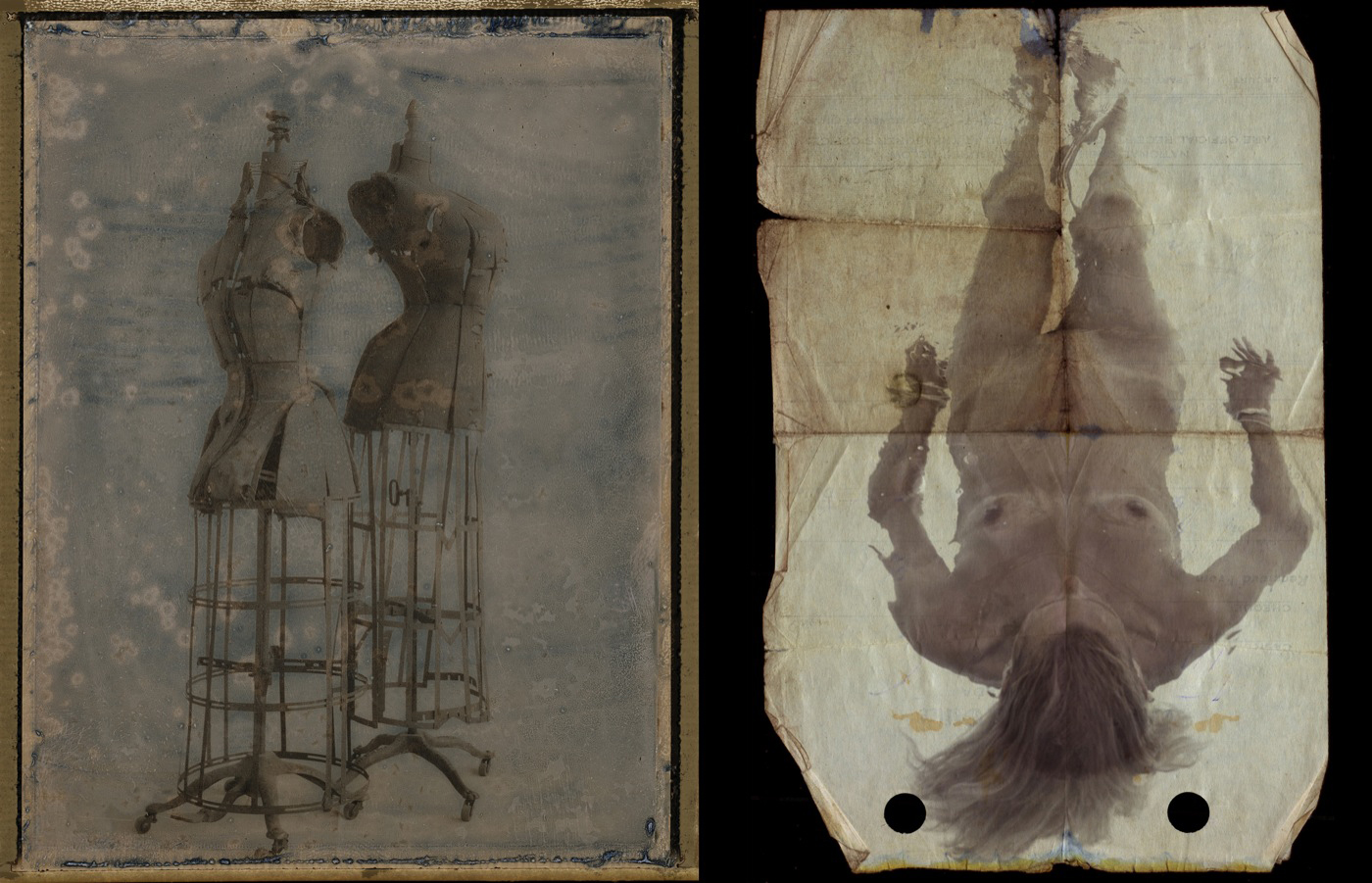 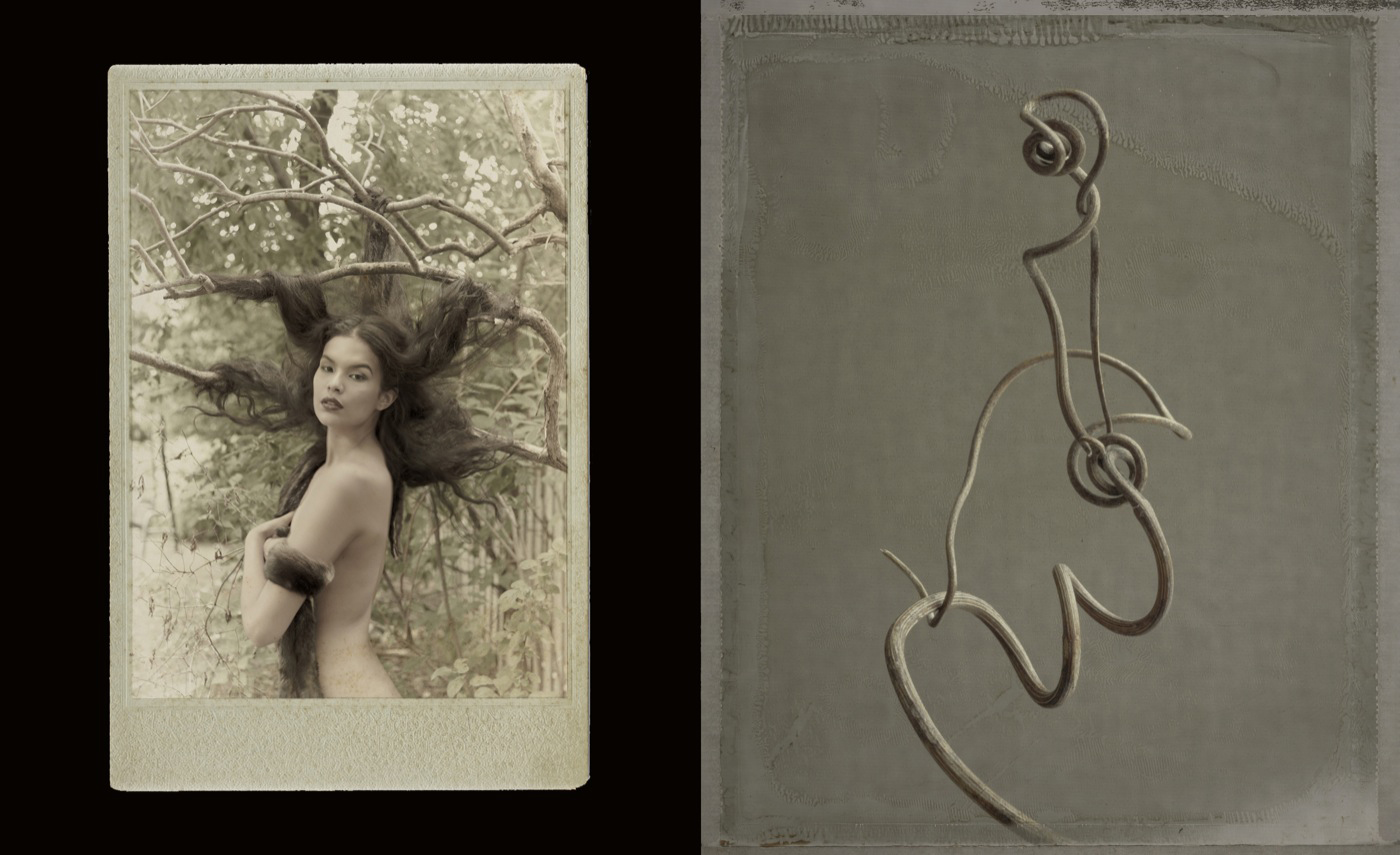 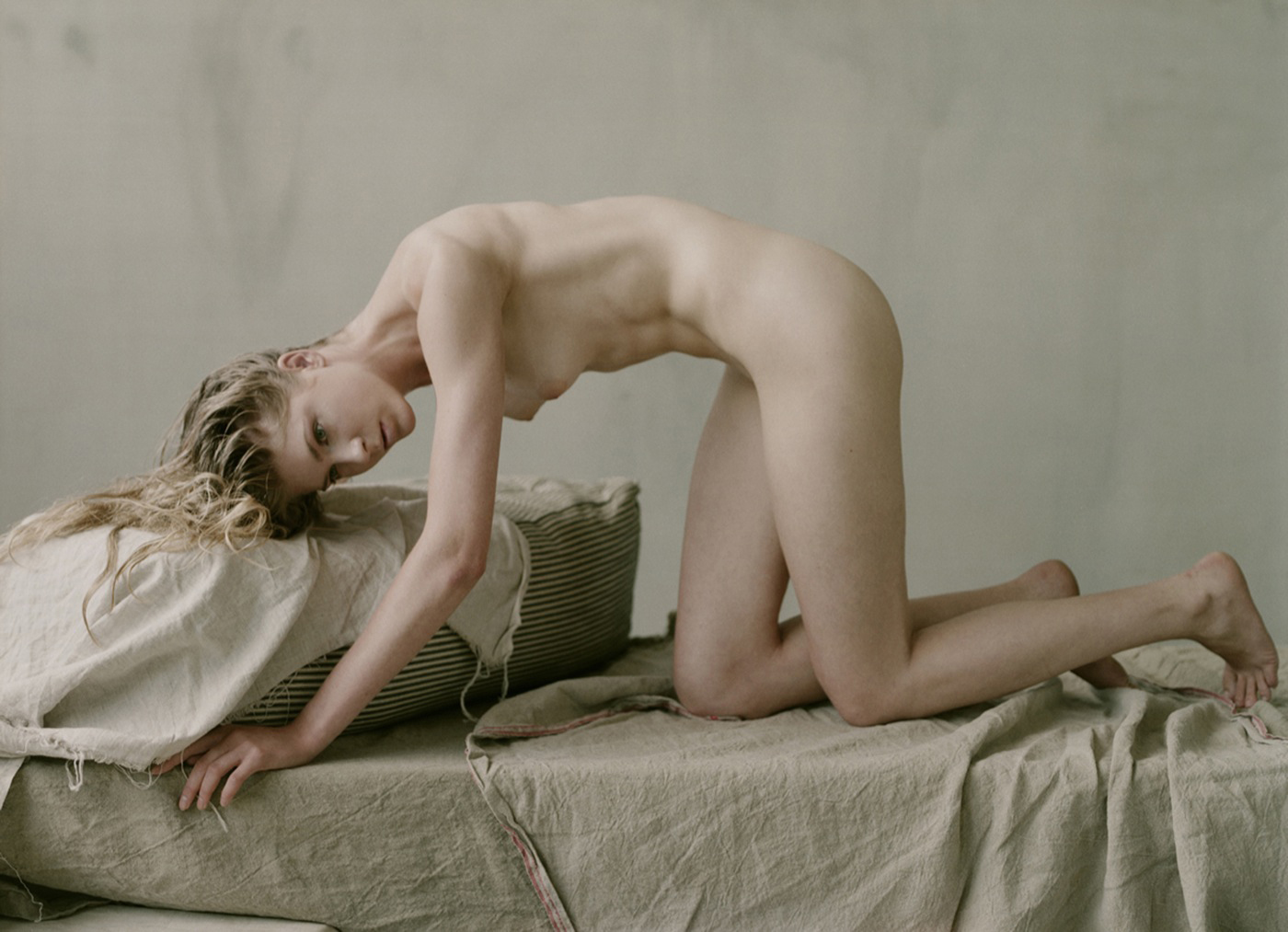 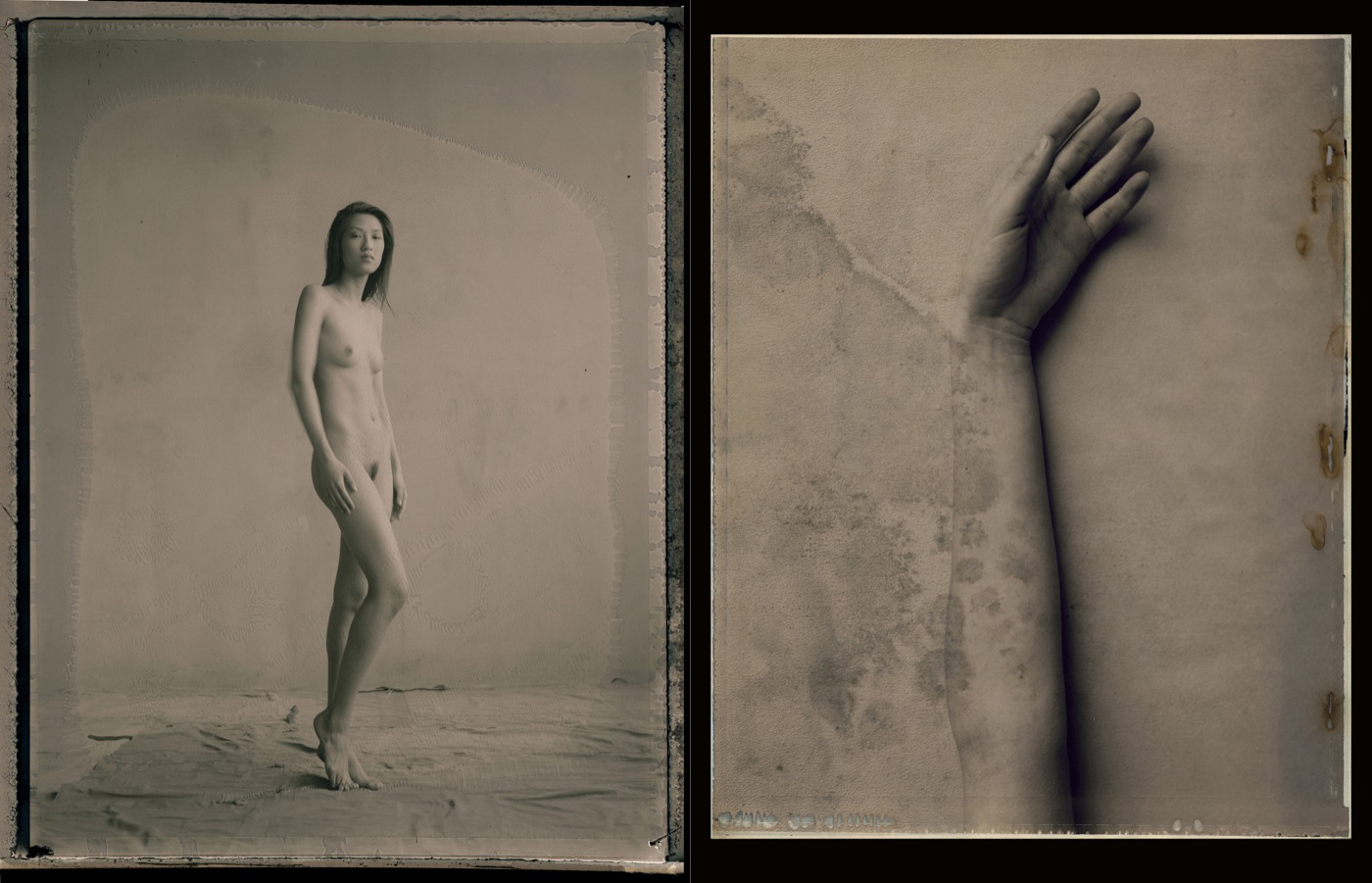 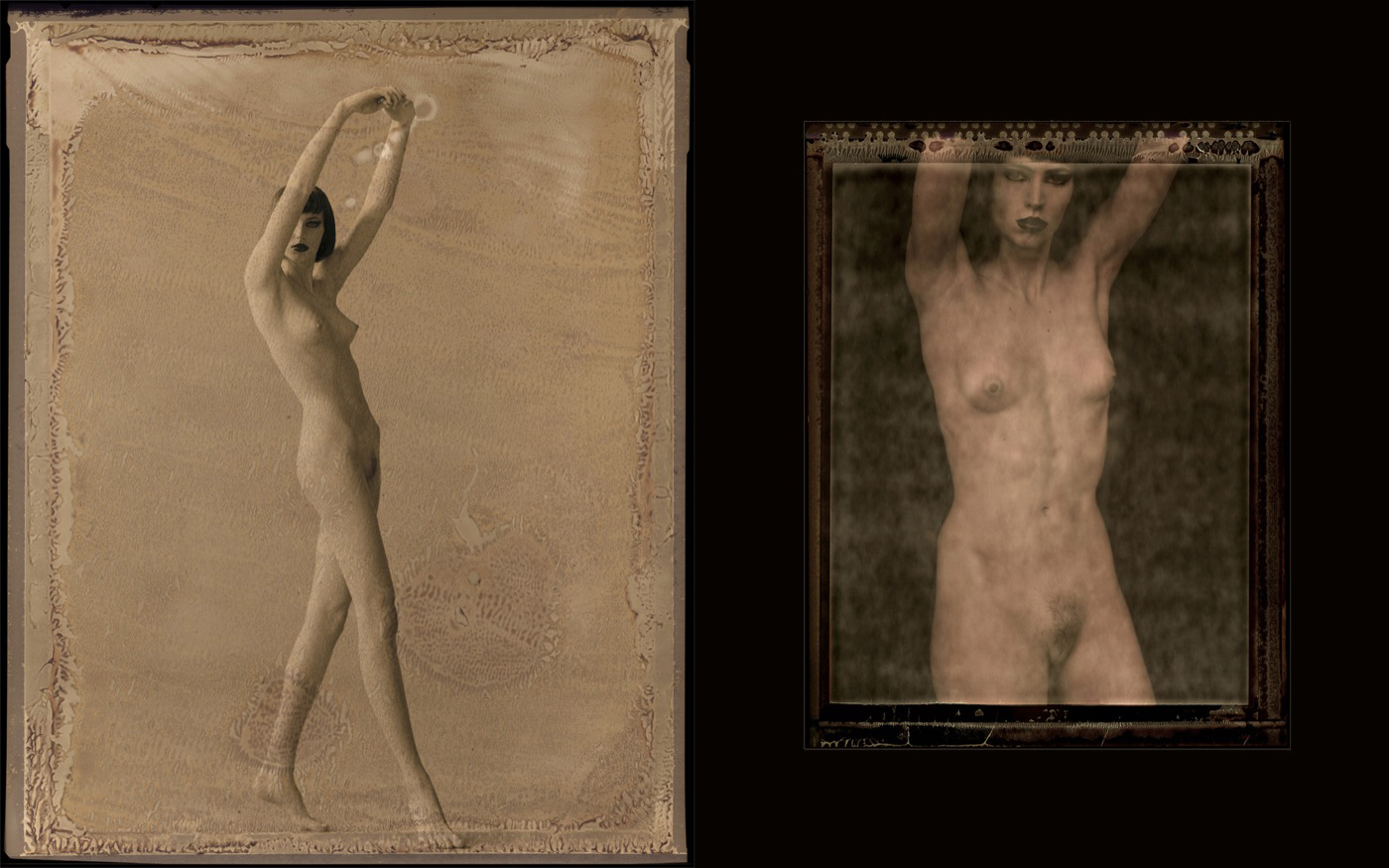 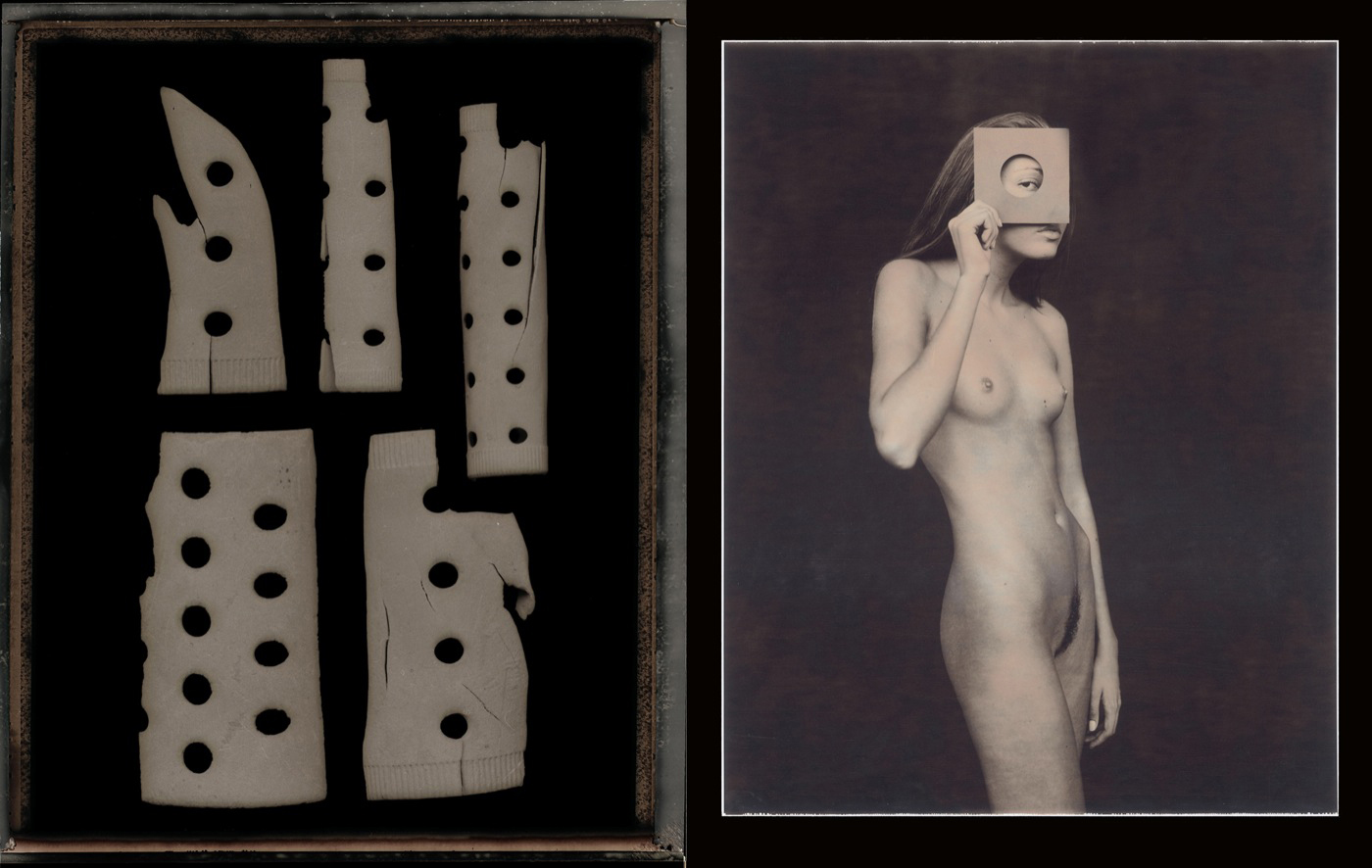 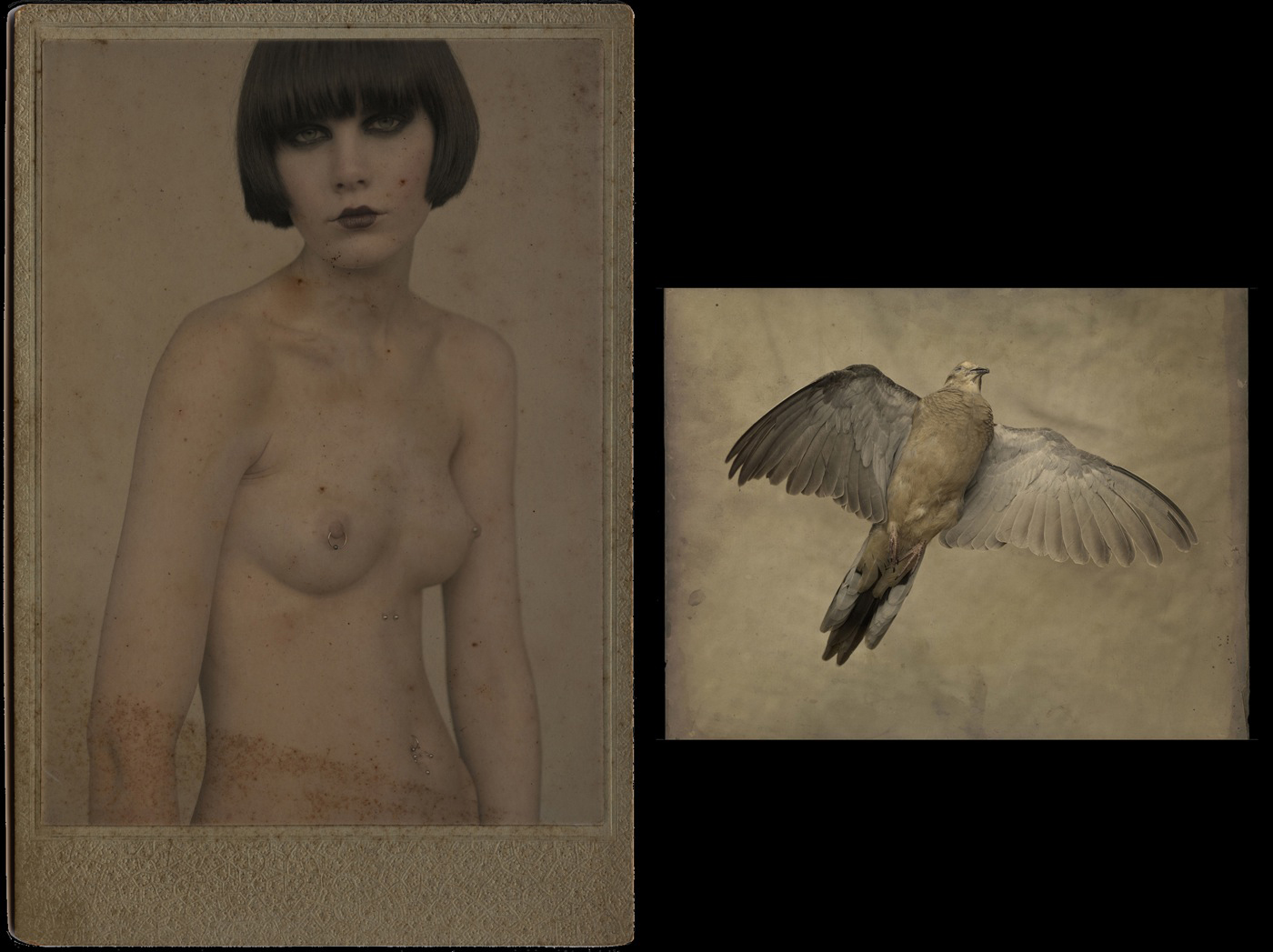 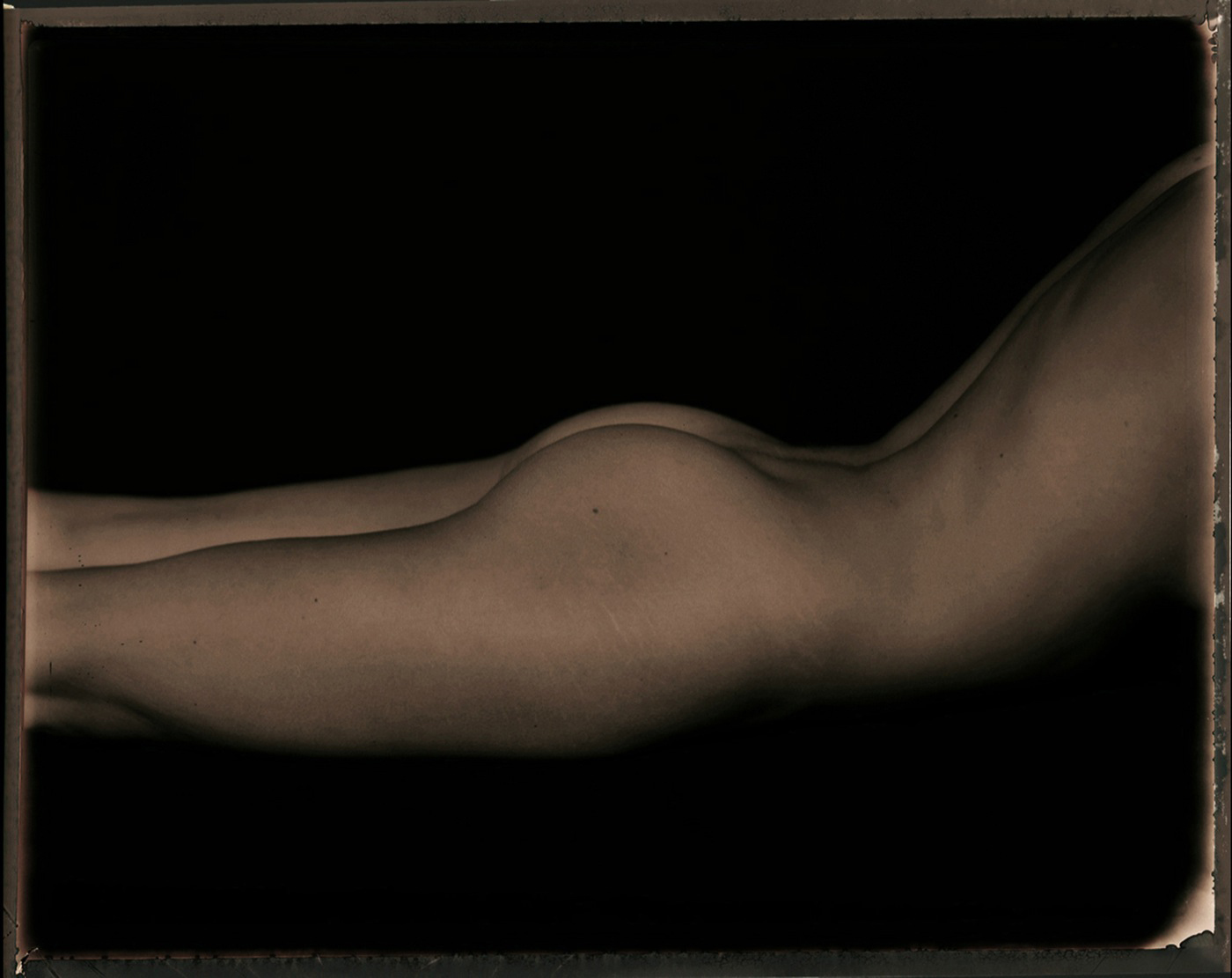 Incendiary inspiration, artist, and icon, legendary Canadian photographer George Whiteside shares an exclusive portfolio of previously unpublished, and particularly elegant, nudes. A self-proclaimed artist at age five, Whiteside has an uncanny way of finding a unique, artisanal and quirky beauty in almost every image he creates.

With his art background Whiteside approached fashion with a whimsy never seen before in the Canadian fashion scene. Extremely few photographers of his generation possess such style, let alone a refined aesthetic sense as unique as his.
Imagista sat down with the ever-cheerful Whiteside at his stylish College Street West apartment on a particularly damp spring afternoon to discuss how it all began, as well as his plans for the future. For, yes, despite an unparalleled career of accolades, awards and financial success Whiteside, in his ever-modest Canadian way, is still moving onward and upward.

If you were asked what you did for a living right now how would you respond?

I usually say I make art, and when I respond that way everyone kinda stops and stares at me for a minute because I’m so well known for my commercial work. Then they usually say something along the lines of, “Oh, I didn’t know that.”

But your background is art isn’t it?

Yes, (laughs), I was probably about five or six years old (laughs). I remember switching schools in grade one. It was a terrible day, kinda like today, and really windy and wintery. I was leaving school early and I had all of my drawings under my arm as I was walking through the parking lot. Suddenly, the wind caught the drawings and blew them all over the parking lot. I was freaking out, and I remember thinking “how am I going to go to a new school without my portfolio” (laughs). That’s the first time I remember thinking I was an artist.

So do you come from a family of artists?

No one in my family was in the arts directly, but there was a creative environment around my family. My grandfather, for example, was an amateur photographer who was always frustrated by the outcome. In fact, he threw a few cameras and smashed them on the wall.

Yes, because they, not him, were misbehaving (laughs)! He was Scottish and had quite the temper. He used to throw things all the time. I remember the kitchen in our summer cottage. The kitchen was about 700 or 800 square feet and we had this huge table where you could sit twenty or more people. I remember this one day when my grandfather was talking on the phone. He was holding it. It was one of those old big solid phones that weren’t even made of plastic like the ones we had in the 70’s. It was made of some sort of metal alloy. And it was old because it was at the cottage. And he’s talking on the phone and he got angry. He took the phone and threw it. It travelled the length of this massive table and smashed against the far wall. And all us kids are sitting around the table at the time with our mouths agape. We see the phone fly by and the cord go “ping!”—then the phone smashing into pieces (laughs). Some sort of bad business deal that he was encountering. So yeah, he was a character. But he was also passionate about photography.

So he got you into photography?

Yeah, that’s the round about way of saying that he got me into photography. He inspired me. He was shooting all of the time. And I think it rubbed off on my father and my uncles as well because everybody seemed to be taking home movies at the time. There was a lot of that going on.

You’re known amongst friends in Toronto for the amazing and epic home slideshows you sometimes stage. Is that a throw back to your family experience?

I suppose so, yeah. And when I went to Ontario Colleage of Art and Design, I did a major in film. I didn’t even take photography courses there; I actually studied film there. I didn’t even take any of the photography courses there. There was one course I did take though with Barbara Astman who was teaching experimental techniques in photography. I basically got into OCAD based on the photography portfolio I’d shot during high school. But as for my major—I studied film, and they actually promoted me to second year early because of the strength of my photos. But I didn’t really feel like studying photography because I had already been shooting for so long. Then Astman got me into the senior darkroom so I had my own private darkroom to use whenever I wanted—which was very liberating.

And were you studying anything else at OCAD besides film?

Yes, I took some ceramic and painting courses there. I didn’t like the way paint smelled though. But I used to draw like crazy. And I was always making photographs. In fact, even though I wasn’t in the photography department, I won the photography award at OCAD every year. That upset a lot of people because at the end of the year they’d have the student annual show and I’d win the prize for best photography and I wasn’t even studying with any of the teachers—except for Barbara Astman.

So who was Barbara Astman to you?

To me, Barbara is a true artist. She shows at Jane Corkin. I remember first walking into Barbara’s class back in 1976 and thinking, “That chick’s cool. I like her,” and then she turned out to be the teacher—even though she had just graduated and was only about three years older than all the students.

How did you make the transition from artist to commercial photographer and did you end up graduating from OCAD?

Yes, I graduated from OCAD; but to back up a little, I’ll say that there was a lot going on in my life—and Barbara was a big part of that. We got our hands on this Xerox machine that was the first color copier in Canada—if you can imagine. When you think back, you think, “Wow, the technology has really changed.”

The Xerox machine was about 4’ x 4’—a gigantic thing. It was interesting because it was able to copy, but not perfectly, so there were lots of ways to make interesting images with it. You could mess around with the color controls and create interesting results. You could print on different papers and so forth; and because I was so involved in the machine, I became one of the monitors and operators.

The school was able to have this thing for a year and then it went to an organization called Visual Arts Ontario, which was kind of a rinky-dink group of commercially oriented artists like Sunday painters. It wasn’t high end—but it was a big organization, and somehow Barbara got involved with them to do this program with the machine. She would teach classes there to 20 or so students on what you could do with the machine. That’s when I would spend days with them, basically giving me a full time job all of a sudden there, even though I was still in school.

OCAD was very forgiving. I’d go to the odd class (laughs) and then help people with this machine. The machine broke down a lot so I was constantly fixing it too. Then Barbara got too busy to teach that course so I took over her position as teacher so that I was both a full time teacher and student. It was great because I got to meet so many interesting people who were interested in trying out the machine. Suddenly, I was introduced to the entire creative community and everybody looked up to me because I knew so much about this silly machine (laughs)!

Around the same time a group of us decided to start a gallery, which we named YYZGallery. It still exists today. We founded it using our own money, then about a year or two in we applied for some government grants and got it funded, then created a board of directors. So I was there for maybe three or four years. We showed a mix of fine art and photography. We showed Arnaud Maggs—that was a show I curated.

During the first year we showed our own art, we showed Matt Harley, who did paintings. We actually had a lot of painters. I showed my photos there of course. And the second year we started curating shows and like I said it’s still there today.

So when did you branch off into commercial photography and fashion in particular?

I had no real interest in shooting for magazines—I was not focused on that at all. I used to do a lot of stuff for File.They’d ask me to take pictures at parties and the odd portrait of somebody. And Eldon Garnet , who had a magazine called.

Then out of nowhere, I get this call from Toronto Life magazine and they want me to bring in my portfolio. The art director was Barb Solomon, who again was not that much older than I was. She had just got the job and she was young and she was looking for talent and I guess she’d seen some of my work.

I thought, if I’m going to do all this commercial work, I’d rather shoot fashion. I booked a meeting with go to Brad McGiver and John McKay, the creative directors at Fashion magazine  and sure enough—they gave me some portraits jobs (laughs)! So I shot a few portraits for them and we were all getting along really well, so after a few weeks I went in and told them I wasn’t shooting anymore portraits until they gave me a fashion story. They were like, “Um, Ok. ”I basically wanted it to look like an Irving Penn shoot but had no real clue how to do that. I had this canvas background. Anyway, it worked out after much stress and embarrassment. Luckily the images came out great! They actually won the National Magazine Award. Then all of a sudden Ever Magazine in the country wanted me now—so it was like, “Yay!” (laughs).

So then your whole fashion career took shape pretty quickly?

The first photo of yours I remember seeing was this poster at The Rivoli of this short white-haired skinny punk chic with this white rat on her shoulder. I was so struck by it. It was so progressive for those days, even more so that it was from a Toronto photographer. This must have been about 1984. Can you tell us about that image or series?

And what about what Paolo Roversi?

I was also shooting these landscapes at the time where I’d shoot in landscape and then go and leave the negative where I had been shooting and then come back a day or so later. I had all these pieces of film sitting around the city. I’d come back and the negs would be distressed in some way. Then I’d take them and print. I did this for my second show, which was a huge success in 1977.

Your entire career has taken place in Toronto, which for someone as successful as you and particularly for a fashion photographer is somewhat unusual. Was there any reason for not leaving Toronto like so many fashion and portrait photographers have done?

I did try and work in New York City but at the time there was this huge reccession going on. I’d drop my book off at a magazine and there’d be Steven Meisel’s book, Herb Ritt’s book and these other stars. I thought, well these guys are slumming it here! (laughs) I have no chance then but i’ve got a great thing happening in Toronto so i stayed. And i’ve never regretted it.”