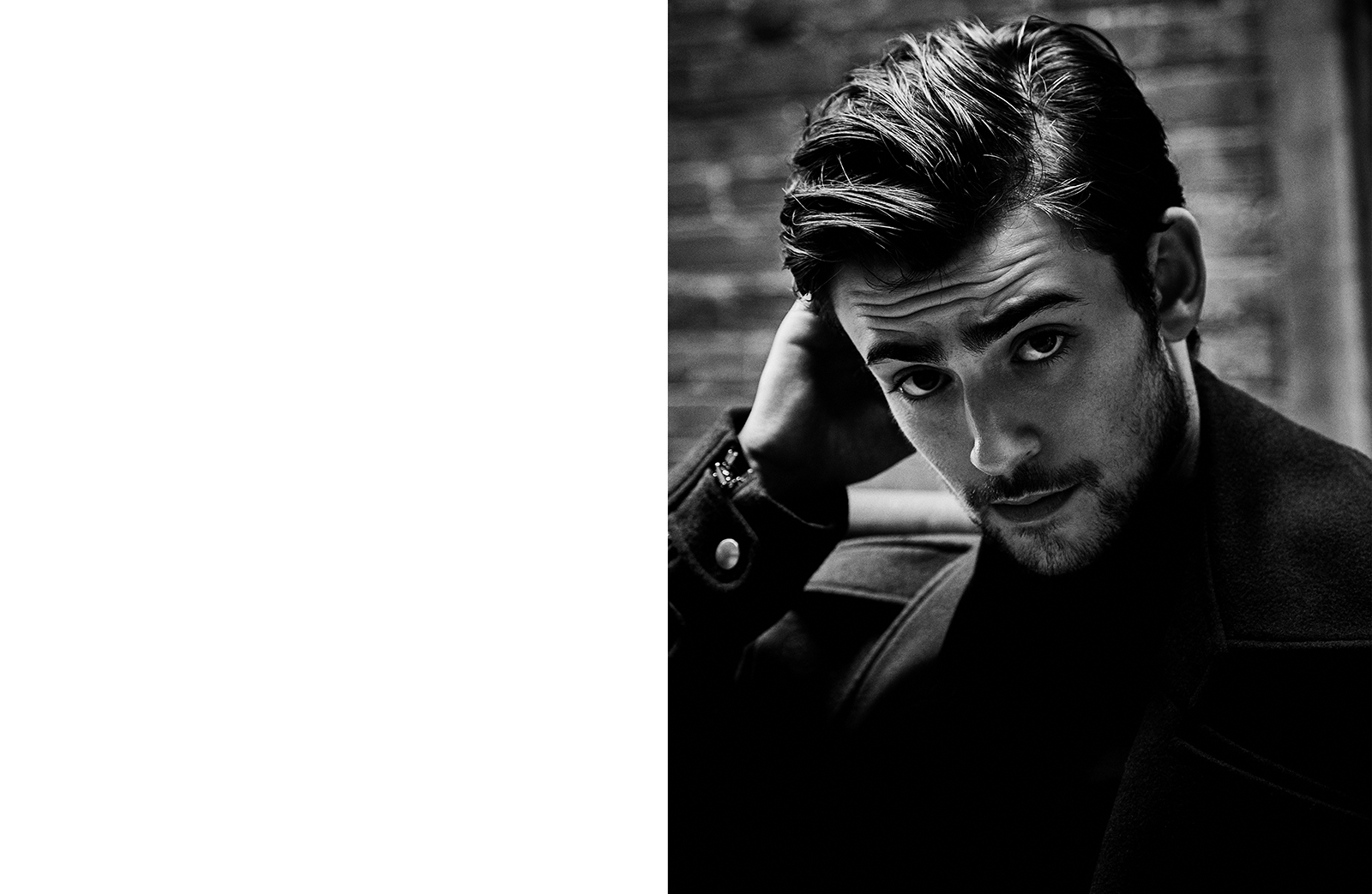 From an unlikely career start in Bugsy Malone to getting acting advice from David Fincher the London bred actor Charlie Rowe is well on his way to winning over hearts in America.

Imagista: Where are you currently based?

Charlie Rowe: I’m still based in London, five minutes up the road from where I grew up. My parents are just down the road. So I can pop back for lunch or to put on a wash If I wanted to. I do, all the time.

Imagista: How did you get into acting?

Charlie Rowe: Acting has always been there, my mum was a drama teacher, and Dad is also an actor. They put me and my sister into some silly performing arts course one week in the holidays, you put a show on at the end of the week. I think we did Bugsy Malone, and before the week was over the agency attached to that course snapped me up. I must have been 9 or 10. I started off doing commercials and a play in the West End. We sort of went on from there. My parents have always been hugely supportive. There is a feeling that if you’re a member of our family, this is what you will end up doing. Some arts based activity. They would have been surprised if I wanted to be a dentist.

Imagista: You are currently working on a new television series titled Salvation, can you tell us a little about that?

Charlie Rowe: Salvation is a new “Sci-Fact” show for CBS that I’m working on. Someone called it sci-fact the other day. Apparently, it is called this as the science is not implausible at all, the colossal, destructive plot we have, is a possibility. An asteroid is only 6 months away from colliding with earth, and it is about how the US Government deals with this situation. Can they keep it a secret from the public? Can they keep it a secret from their loved ones? I play Liam Cole, a physicist who makes the discovery while studying at MIT. He’s goes to Darius Tanz (Elon Musk-esque) and they work together to try to find a solution. The stakes are high from the get go. Liam is constantly in way over his head.

Imagista: How would you describe your approach to your work?

Charlie Rowe: I try to approach everything honestly and openly. In terms of dialogue and performance, I don’t think I’m particularly strict. I like to let things flow naturally, however there are certain things, usually physical aspects that I focus on. I’ve pretty much been in an American accent since we started filming in February, and will be in it until we wrap around August. I find that so much changes when you take on a new voice, the rhythm, the way you laugh, the way you walk and hold yourself, it changes so much.

Imagista: What is the best piece of advice you have ever been given in regard to acting?

Charlie Rowe: I worked on a short-lived HBO show, directed by Fincher. He said to me one day, “Make more faces.” It is such a simple thing to say. He meant be brave, take a risk, go bigger, stop being so English and reserved. Something along those lines. At least that’s what I took from it.

Imagista: Is there anything else you want our Imagista audience to know about you?

Charlie Rowe: I have a clothing line with a couple of friends from home, called ALCATRAZ BEACH CLUB. Watch this space.