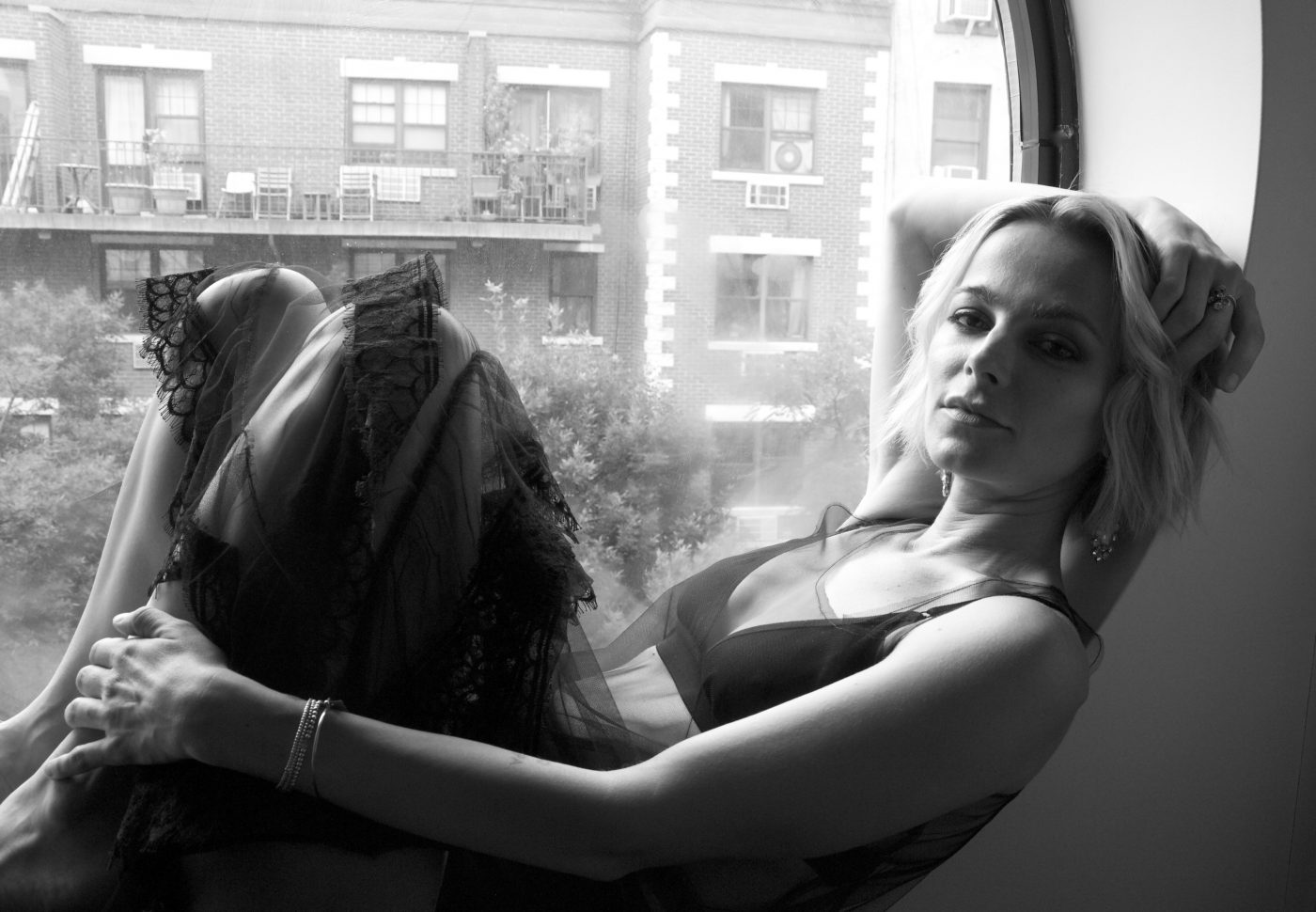 Bojana Novakovic is a woman of many skills. She is an actress, a photographer, a writer and a filmmaker and she is equally talented and passionate about all fields. Not only is she starring in “Instinct” alongside Alan Cummings, but she is also working on countless passion projects, from documentary soap-operas to sharing her challenging journey dealing with endometriosis. Novakovic is a fearless talent but an incredibly inspiring woman.

Imagista: You are a writer, actress, photographer, and filmmaker, is there one of these categories you identify with most or do they all play a different role in your life?

Bojana Novakovic: That’s an interesting question, I guess I identify most with being an actor because that is what I do for a living. I think I identify with that because that’s how people see me. I don’t know that you need to identify with anything specific in that regard because it all sort of takes you on a different journey anyways. Each job, each task, is something in and of itself.

Imagista: You are on a new show titled Instinct where you play Lizzie Needham, what made you most excited about this role?

Bojana Novakovic: We started this show before #metoo and I hadn’t really read too many female leads that were defying convention. It’s a lead with Alan Cummings who plays an eccentric behavior therapist who also has a husband. So, it is the first gay lead on a network television drama. With that character, they could have paired him with anyone conventional, but they ended pairing him up with this woman who is a little bit emotionally inept, who is controlling and really bossy and incredibly self-confident. At the same time, she has had a pretty dark past and I say she wears her neurosis on the inside and he wears his on the outside. I was really excited that they didn’t create this conventional partner for him but that they created someone as fucked up as he is in terms of dark pasts. So these two people, who are not what you expect, are the two leads of the show, so it was really exciting for me and I obviously really wanted to do it.

Imagista: How is it working with Alan Cummings?

Bojana Novakovic: It is absolutely incredible. It is so much fun, I knew him before I saw the show obviously and he was a little hero of mine. I grew up in the theater and I knew about him and his career and that he began in the theater. I always knew he was a man who did what he wanted and created a career out of being unapologetically himself and I find that really inspiring. When I heard I was going to be working with him, I had such high expectations and I can tell you with complete confidence he exceeded those expectations. It is really surreal to get to a point with one of your idols where you are colleagues, then friends, then have your first argument and you are so close that you just get over the argument. I feel very blessed that we got to work together, he is really amazing.

Imagista: Can you tell me a little bit about the B project and how you got involved in it?

Bojana Novakovic: Today, that project is about building and maintaining schools for kids that live in Nepal. It started with the work of the Seven Summits Women, who I am not a part of. They are seven Nepalese women who climbed Everest and then climbed the highest peak on every continent. They did it all themselves, they raised the money themselves and their aim is to change the way that Nepal views women.

How the B project came about was that they did a lot of work with sex trafficking survivors. When survivors come back to Nepal after being raped and disowned from their families, they go through rehabilitation that reacquaints them with the environment and gives them different skills and sometimes even the credentials for them to be trekkers. I wanted to get involved with helping them out and collecting some funds for them. That was in 2016 and the earthquake hit right before I went and so one of the women who are part of the group is from the worst affected area.

The irony of the story is that she was disowned by her community because she was a child bride that left. She went back to her community to show them that she wanted to help them rebuild after the earthquake, which is such a powerful thing. What she did was find an agreement with the district government to re-build schools. She wanted kids off the street because sex trafficking was increasing after the disasters. It is an easy time when people are vulnerable to offer money for their children.

The start of it was education, environment, and empowerment so the B project embodies those three things. It is expanding slowly because more people are hearing about it and the work they do truly is amazing. The most important things about it are that it is female-led and community led.

Imagista: The Forbidden Aunt is a documentary soap-opera that you created, in which you seeks to uncover the life and personality of the one family member she was never allowed to know – her bohemian, alcoholic, endlessly energetic Aunt Gordana. What made you want to do this project?

Bojana Novakovic: I am editing that right now. I set off a few years ago to go to my homeland of Serbia to connect with this exciting aunt who I was never allowed to know as a kid because she had an alcohol problem and I guess my mother was very concerned about me hanging out with her. Ultimately it is a portrait of this woman who lives in a small town who was a revered hairdresser with a dark past. What I found out about her and what was the result of me going there is that family secrets that have been around for decades came out. She and her daughter confronted each other about certain things they have kept from one another for decades. These confessions changed their relationship with each other and my relationship with them.

The reason I called it a documentary soap-opera is because my aunt is obsessed with Turkish soap-operas. She watched them as her life depends on it. She believes that her life could be a soap-opera so I decided to give her one. Halfway through the documentary, we start doing these reenactments in the style of Turkish soap operas where I play her. Some really amazing Serbian actors played different roles. We gave her a soap-opera, however, her life is darker than any soap-opera there ever was.

Imagista: What did you learn about yourself in the process? Did you have any self-discoveries?

Bojana Novakovic: Yes, a lot. I thought that I would meet this incredible aunt that is larger than life, who overcame alcoholism. I had just broken up with a boyfriend and thought she was going to give me insight and make me feel better. Instead, I found this version of myself, someone that would have been me had I continued drinking. I stopped drinking 13 years ago and she doesn’t drink anymore either but, what I heard in low points of her story made me think of what my life would have been had I continued drinking and stayed in Serbia. I guess I saw myself in her and also in me, I see what might have happened to her if she was brought up in a different country and not in a small town.

Imagista: There is a book that you are involved with Beating Endo? What triggered your interest in this project?

It can’t be found in a scan, women who have it, have been told that it is normal to feel the pain we feel due to being female. What I realized after my surgery is that there is nothing normal about having knife stabbing pains during your menstruation. The neglect that the medical community has shown with woman’s health is very telling with patients who have endometriosis.