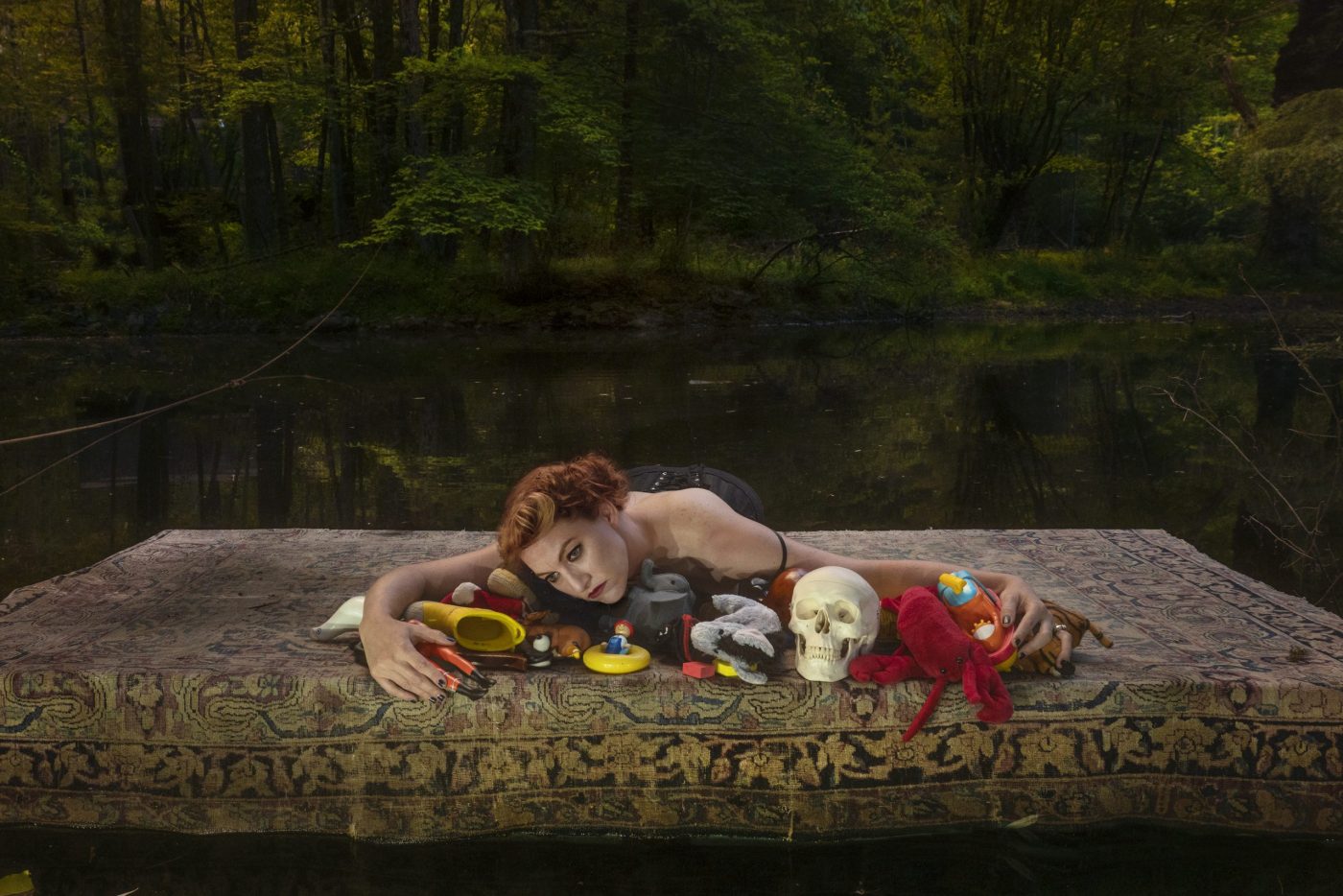 “My first love…wow what a question. I think it’s all wrapped up in being a little girl in the living room of the old house I grew up in.”
– Amanda Palmer

Imagista: You play a ton of instruments, as well as sing, what was your first love when it comes to music?

Amanda Palmer: My first love…wow what a question. I think it’s all wrapped up in being a little girl in the living room of the old house I grew up in.

I spent a lot of time with giant headphones on my head, plugged into “Sgt Pepper’s Lonely Hearts Club Band” playing on the record player and looking at the beautiful vinyl artwork. And nearby was the piano, which my mother taught me to play by sitting me down in her lap as I copied her fingers. I still remember the sheer thrill of sitting down myself and realizing that I could make original and beautiful sounds by pressing the keys.

Imagista: Who is your biggest inspiration?

Amanda Palmer: At the moment, it’s Jacinda Ardern. I found myself in New Zealand at the end of a world tour when the quarantine happened, and I’ve been here ever since. It’s so relieving seeing a woman – a new mother, no less – in a position of power, leading her country from a place of compassion instead of fear and greed.

Imagista: Your performances are truly a journey of storytelling, how do you prepare for your shows?

Amanda Palmer: When I was touring this album, the stage show was over four hours long most nights. About half of the time on stage was storytelling, and a half were the songs from the album. I prepared by shooing everyone out of my dressing room space, warming up my voice, getting dressed, and doing make-up, a half-hour process that would switch my brain from life mode into show mode. And I immersed myself in other stories on the road. The show dealt mostly with themes of miscarriage and abortion, and I heard so, so many stories from other people. That was part of the preparation to have the strength to do the show night after night. I felt like a collector, picking up stories to fuel my ability to go into the dark again and again.

Imagista: What was it like being able to tour New Zealand with both your husband Neil Gaiman and your son?

Amanda Palmer: Neil and I are not together for the time being, which was totally unexpected and very hard on top of everything else. When the COVID news hit, I was just wrapping up a tour in New Zealand, and we decided to stay put here and not risk traveling home.

I was supposed to be at home and recovering from a year-long tour with my family in upstate New York this spring; I never imagined I’d be a single mother in New Zealand, in lockdown in an Airbnb during a pandemic. It’s been humbling. And also strangely empowering; I feel lucky. Jacinda Ardern and the government here are doing such an admirable and compassionate job, and I look over to the US and UK and just want to cry and bang my head against a wall. I almost cannot believe that I get to be here, safe, and loved by this little community, with my child in school and playing in the playground. I feel very lucky.

Imagista: You were there during the Australia fires, can you tell us a little bit about your experience during that time?

Amanda Palmer: Yes, it’s just been relentless, hasn’t it? As soon as Neil and I landed in Australia, around Christmas, the fires in Victoria started lapping at our doorsteps. I got a very quick education in why things were unfolding the way they were and got to see the Australian government make some very poor choices. It was very frightening.

I was touring the whole country at the time, sometimes seeing the fires from the windows of planes. I could feel the poetic hypocrisy of my carbon footprint before my very eyes. I did a lot of thinking about my lifestyle. And I made a very fast covers record, with one original song, to raise money for a few local causes. It all feels so far away now, partly because the fires died down, and I left the country, but this is all feeling a little biblical. One thing after another. I feel like I haven’t had an emotional day off in years. And I’m also so grateful for the tour I just did: it prepared me to withstand – or let go of – just about anything.

Imagista: Mid-tour, you created a fantastic Brexit song, what inspired you to do that?

Amanda Palmer: Ha! I didn’t actually create that song, I just re-recorded a new version of it with the writer and came up with a video concept. I needed desperately to do something local and silly. That all seems very far away, too…

Imagista: You have shared the most vulnerable and real parts of your life, why do you feel that it is important to share the good parts of your world as well as the sad parts?

Amanda Palmer: Because I am an artist, and I want to be real to people. I’d rather be real than perfect. I think I can do a much better job as an artist if I’m not trying to impress people with a less-than-real, superficial version of myself.

Imagista: What inspired you to create the book ‘The Art of Asking’?

Amanda Palmer: Years and years of watching my artist friends – and all my friends, really – feeling like asking for help is shameful. I know there is another, better, more compassionate way of exchanging in this world, and I wanted to tell people about it.

Imagista: If you weren’t an artist, what do you think you would be doing?

Amanda Palmer: Well, I had a vague plan B in my twenties to be a massage therapist. Or maybe I’d be an astronaut. It’s hard to say.